Holy shit! Nandi Bushell crushed that shit! Watch out Taylor Hawkins, you're about to be Wally Pipped by an 11-year-old!

If you're not all caught up to speed on the Dave Grohl/Nandi Bushell saga, here's a quick recap….

It all started with the above video, posted last August, where 10-year-old Nandi Bushell fucking KILLED 'Everlong' on the drums, said it was her dream to one day jam with the Foo Fighters, and challenged Dave Grohl to a friendly little "drum battle" to pass the time in quarantine.

It wasn't long before Dave responded….

….and then Nandi threw it right back at him….

Dave Grohl then went and did the most awesome, Dave Grohl thing ever - he wrote a whole friggin song for Nandi….

Finally, in November, Dave and Nandi Zoomed together, and Dave asked Nandi if she'd get up on stage and jam with the Foo Fighters when the pandemic was all over….

Ecstatic, Nandi immediately answered yes, but I doubt she (or her parents) realized "jamming" would mean taking over for Taylor and closing out the show on drums at The Forum in LA, playing 'Everlong' - the band's biggest hit (that this saga all started with) - which is infamously NOT the easiest song to nail! It requires a ton of endurance on that hi-hat throughout, steady timing, and the ability to nail some signature Dave Grohl-style fills - all of which Nandi had in spades.

I love that she even dressed in the signature Dave Grohl red flannel…. 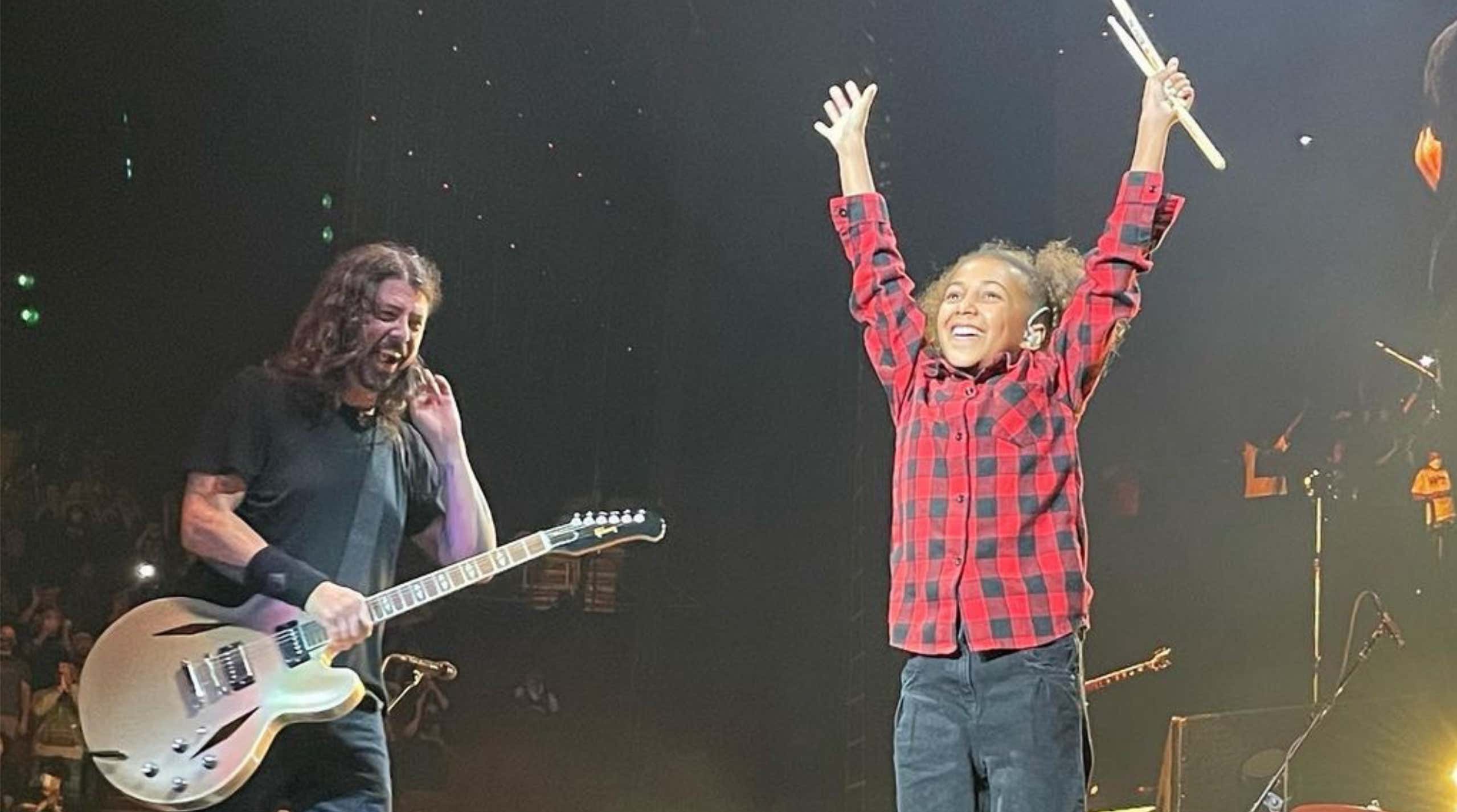 Imagine how good she's gonna be in ten years if she sticks with this? Even in twenty years? That's a true prodigy if I've ever seen one. Rock on Nandi.