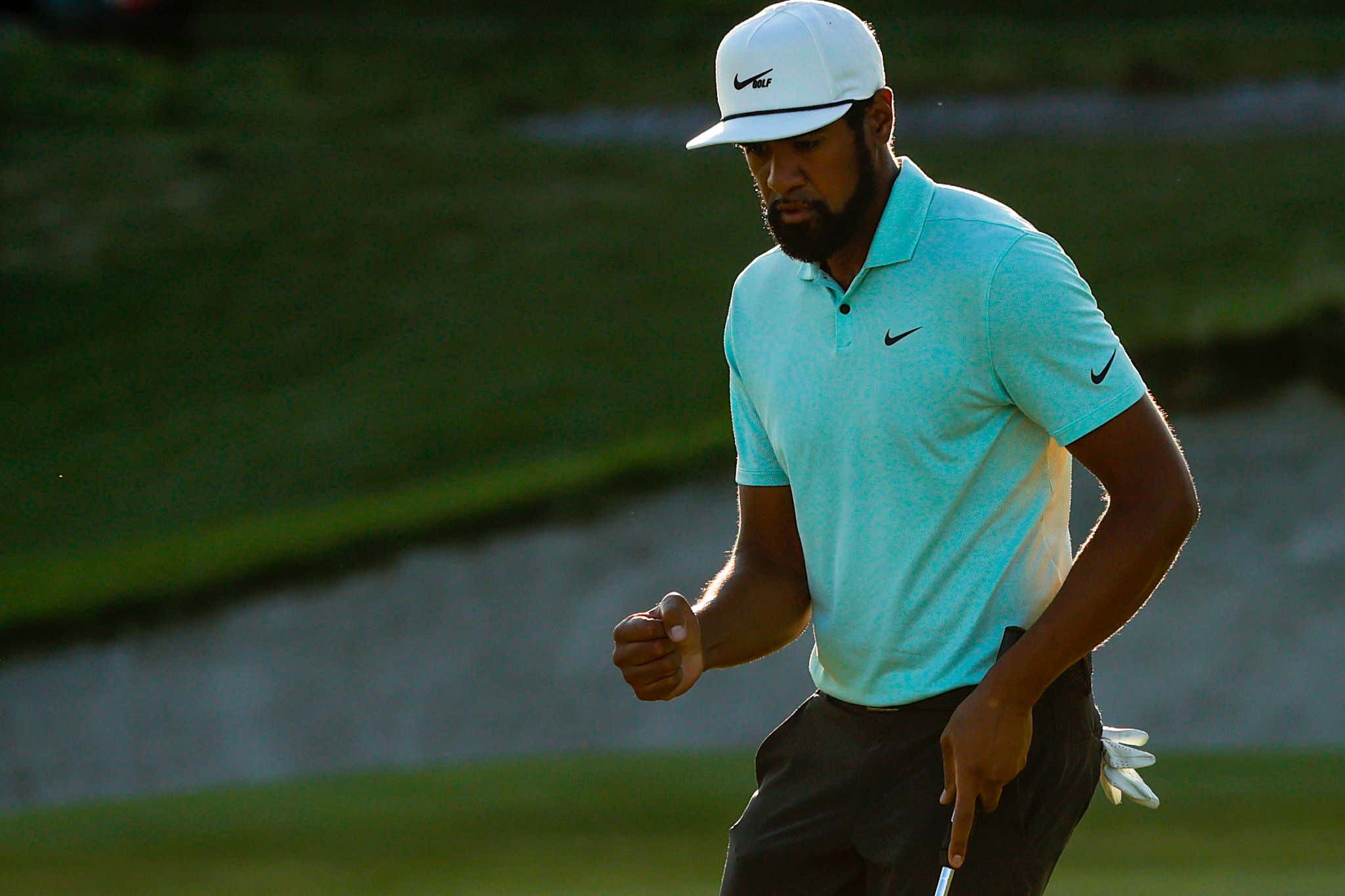 Years, my friends. YEARS of chasing Tony Finau picks with fear of missing out on the big one. I lost track of what the losses had piled up to, but there was heartbreak after heartbreak where he was right there and just came up short. Major championships. Shinnecock. Tiger at Augusta. There was Webb Simpson at Scottsdale. Max Homa at Riviera. Tons of other instances where he had a chance to make a charge and just came up a little bit short.

Today was Tony's day. It was a day for us Tony riders that never stopped believing. We stuck it out for so long and now we're cashing to the tune of +4500.

Our guy went out and took it. Low round on the course today with a 65 with wind and soggy conditions after a wild weekend of weather. He was down 3 heading into the back nine, but then went off on 12, 13, and 14. The dart he hit on 13 to kick in an eagle was the shot of the tournament.

From there, he played solid clean golf the rest of the way before making an error from the fairway on 18. It looked like the same old movie all over again. That 6 foot 50/50 putt in the clutch is the exact putt that has given him fits his entire career. For him to go out and make it…. gotta be so satisfying.

Of course, he got some help along the way, which he's rarely gotten in these types of situations in the past. This was Rahm's tournament to lose, and he did exactly that. That greenside pitch he hit for his 2nd on 16 was shocking. Rahm has been so unflappable all year and that was wildly uncharacteristic. It looked a lot like he was fighting his rage on 17 and 18 when he missed the fairways and effectively took away any shot at getting the mistake back.

And Cam Smith played an unreal round of golf. He's the type of short game killer that you would think might steal that W away by sinking the birdie on the 72nd hole. Surprising for him not to get that putt to the hole and then we all saw what happened in the playoff. Sprayed a slice OB and that was basically that. Sayonara. Put the dub on the board.

I watch and track a ton of Tony Finau golf. I can't think of a week where he was more dialed in off the tee than this week. He hit 44 of 56 fairways, and a lot of those misses were on par 5's where he was able to get the ball back into play and avoid taking a bad number. Nantz and Faldo made a lot of his putting in the final round and rightfully so, but he was horrific on Saturday with the flatstick. He lost -2.485 strokes in Round 3 and gained 2.338 today. Incredible rebound, but it was really his driver that carried him to a W this week. That's the strength of his game, and always will be.

Tony's an awesome golfer and an awesome dude. Definitely locked up a Ryder Cup spot with this W and jumped to the top of the FedEx Cup standings. Hopefully the floodgates open for him now because the golf gods definitely still owe him a couple. Looking forward to it.