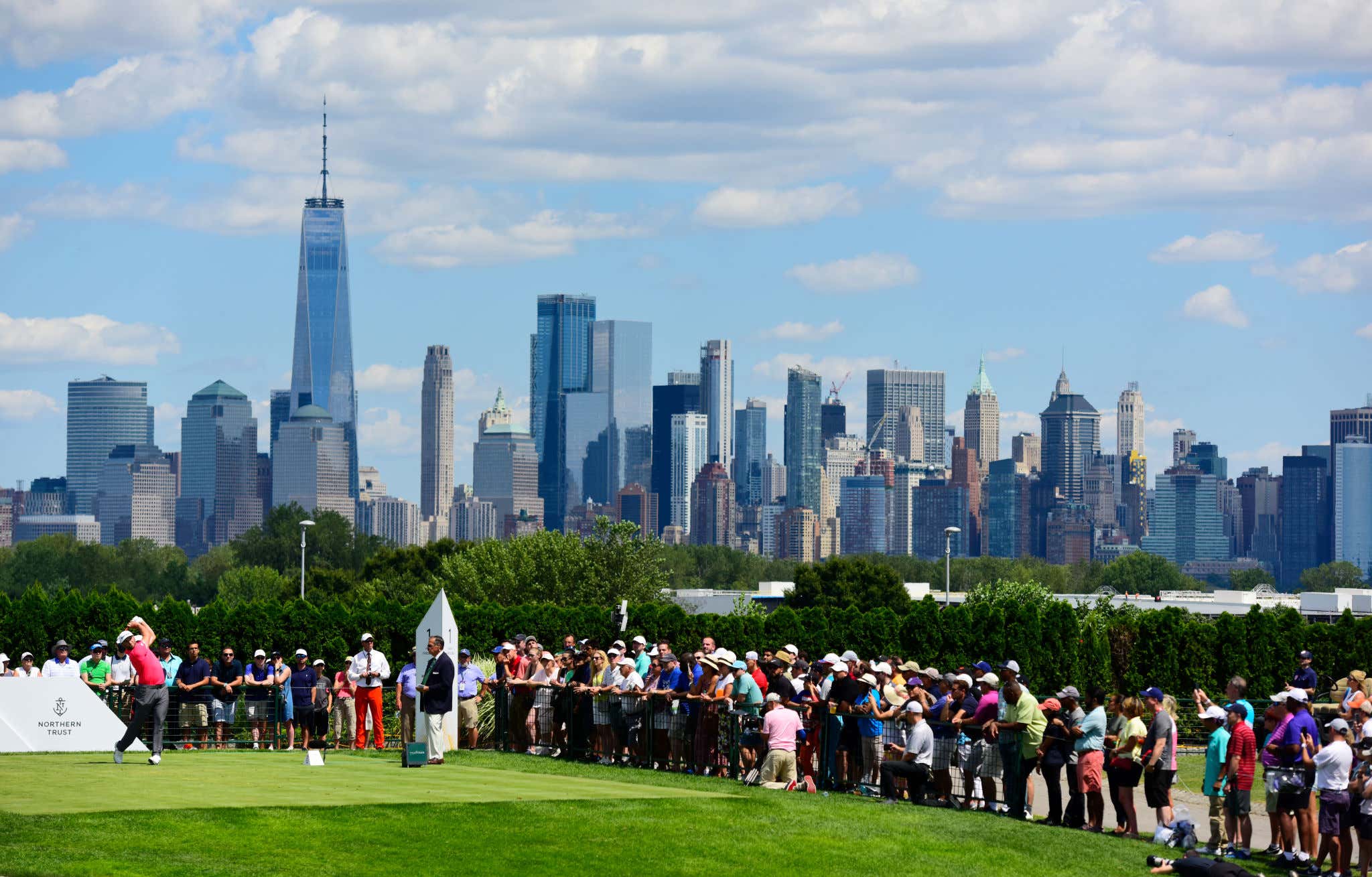 Welcome to the FedEx Cup Playoffs, where the stakes are high and the points very much matter.

After playing what was dubbed a "super season" including 6 major championships, we've finally whittled things down to the Top 125 in FedEx Cup standings for a 3 week blitz to East Lake.

For those who don't know, these playoff events are worth QUADRUPLE FedEx Cup Points. So, the winner will get a whopping 2,000 points. Only 5 players have more than that amount for the entire season going into this week. Those who find themselves in the Top 70 after Sunday will advance to the BMW Championship next week up the street from my house. The Top 30 after that event qualify for the Tour Championship at East Lake in Atlanta, where the winner will take home a chill $15 milly, with the other finishers taking home big paydays. It's a big deal to make East Lake. There's staggered strokes and whatnot for that, but we'll cross that bridge when we get to it.

The Northern Trust rotates among courses in the Northeast, particularly in the NYC area. Liberty National has hosted the Northern Trust in 2009, 2013, and 2019. It also hosted the 2017 President's Cup and a prestigious championship known as the Barstool Classic. Patrick Reed was the winner here in 2019. Dustin Johnson won last year's Northern Trust at TPC Boston with an absurd 11-stroke victory. 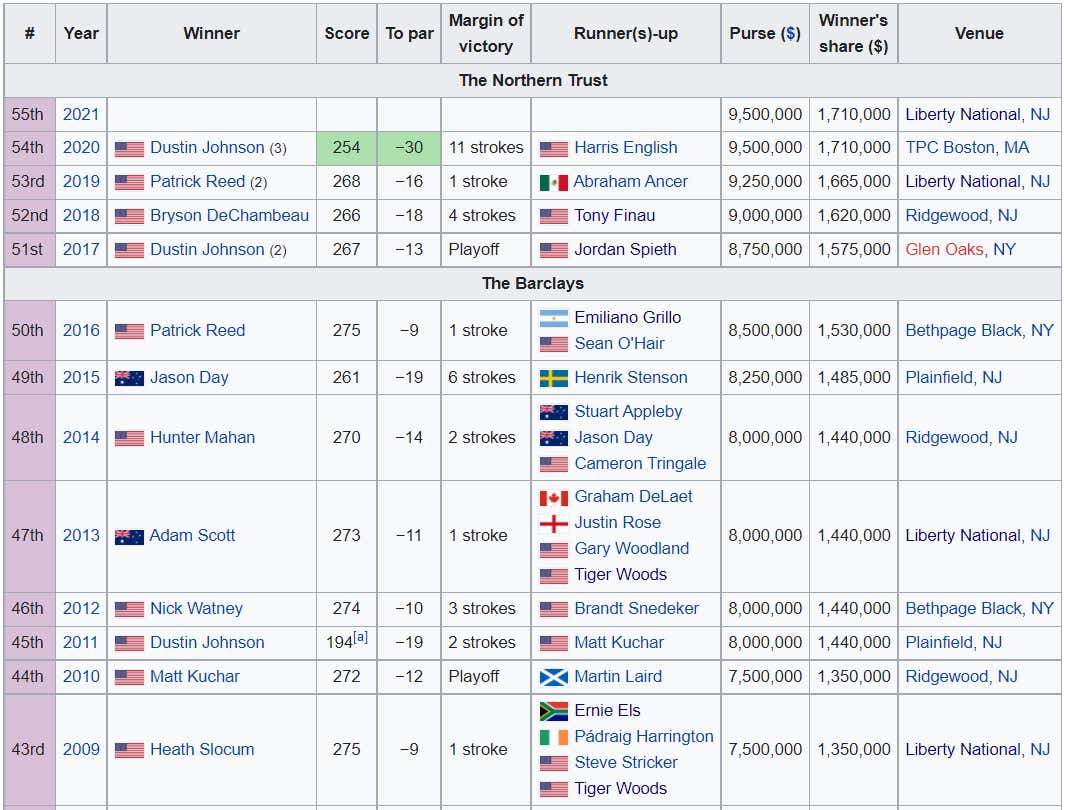 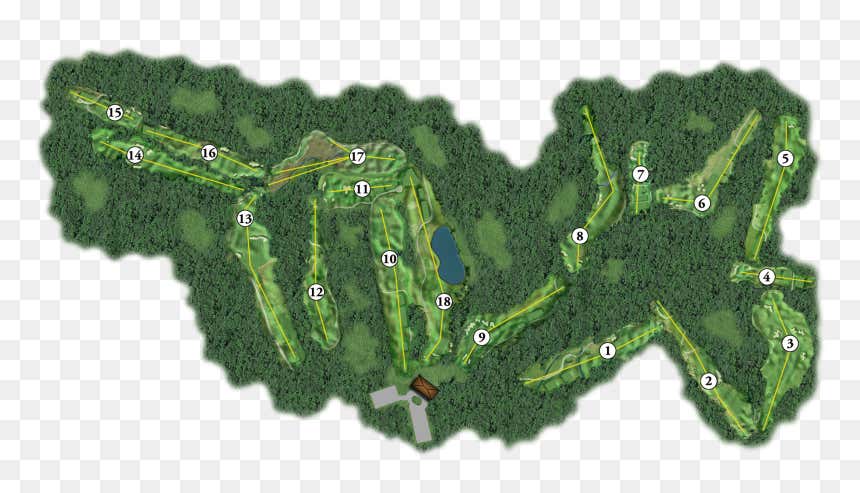 Liberty National is a spectacular Par 72 in Jersey City featuring unreal views of the NYC skyline that will be playing as a par 71 this week (#10 will be a long par 4). Built in 2006, it was designed by Robert E. Cupp and Tom Kite and has numerous notable members, including Robert Kraft, Eli Manning, Justin Timberlake, Mark Wahlberg, and Phil Mickelson. At 7,387 yards, it's neither terribly long nor short. It's also not super tight either… there's room to miss small for sure. Miss big and you're dealing with fescue… but overall, it's anyone's game here which is part of what makes it a great venue for a playoff event. Bermudagrass fairways and greens out here by the way. Oh, and the clubhouse is insane. 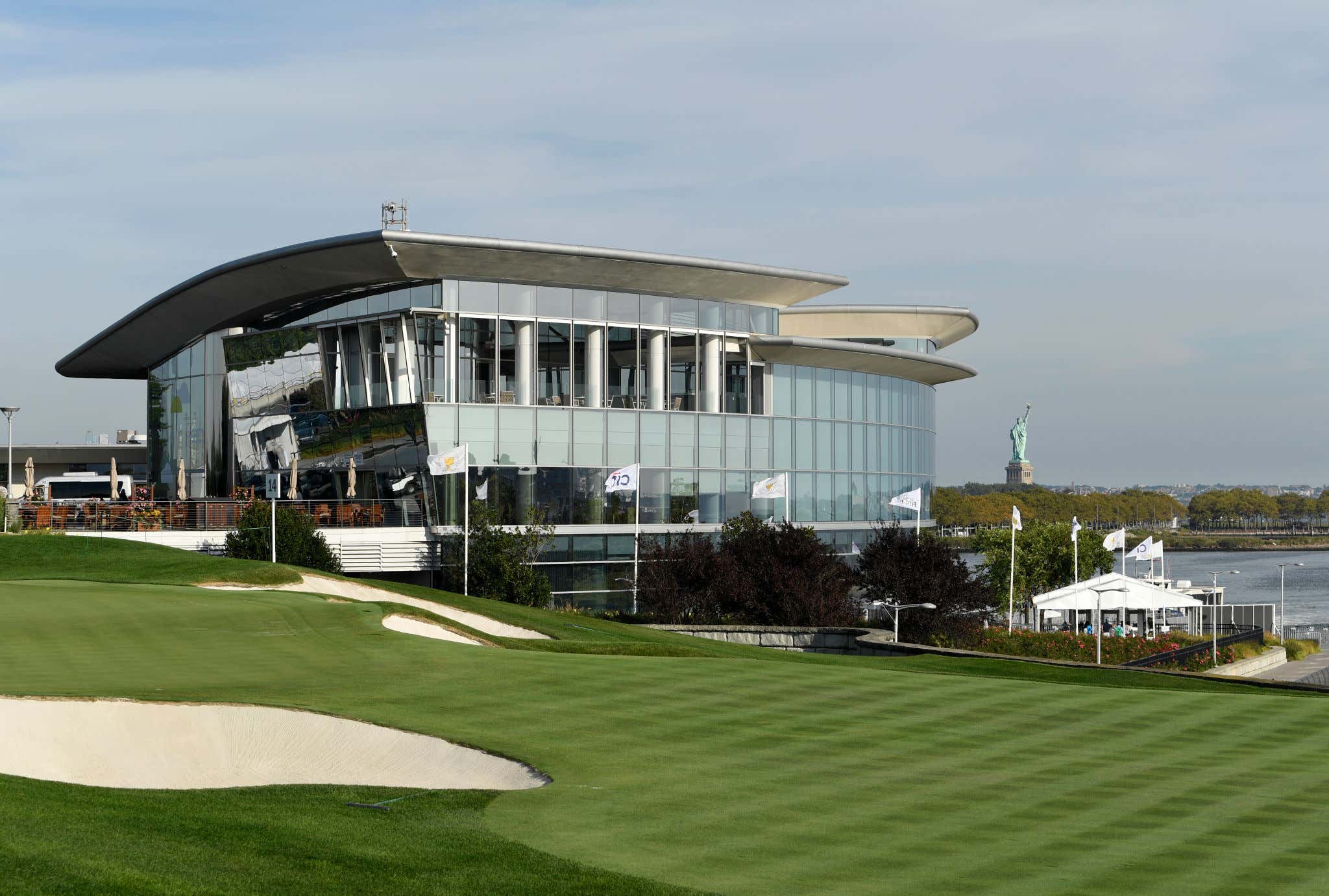 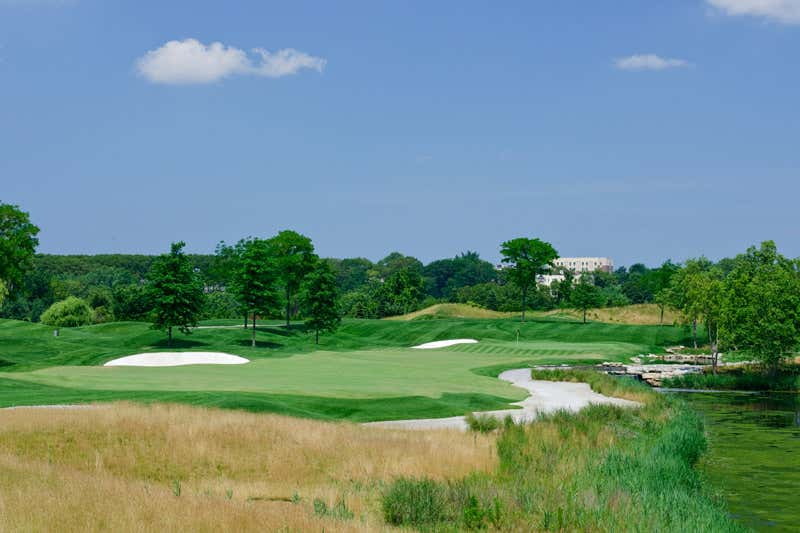 I'm a sucker for a reachable par 4. Especially late on a back 9 with a ton on the stake. This one is no different. High risk-reward here at play with the creek running down the right side. Definitely fits the eye of those who fade the golf ball, so guys like DJ, Koepka, and Rahm should have a good rip at it. Should create some fireworks down the stretch.

Humid as hell. Not too warm. Spotty weather over the weekend.

Tiger trying to chase down Adam Scott here in 2013 was a vintage Tiger effort. Just a rotation and a half short of forcing a playoff. Only Tiger… 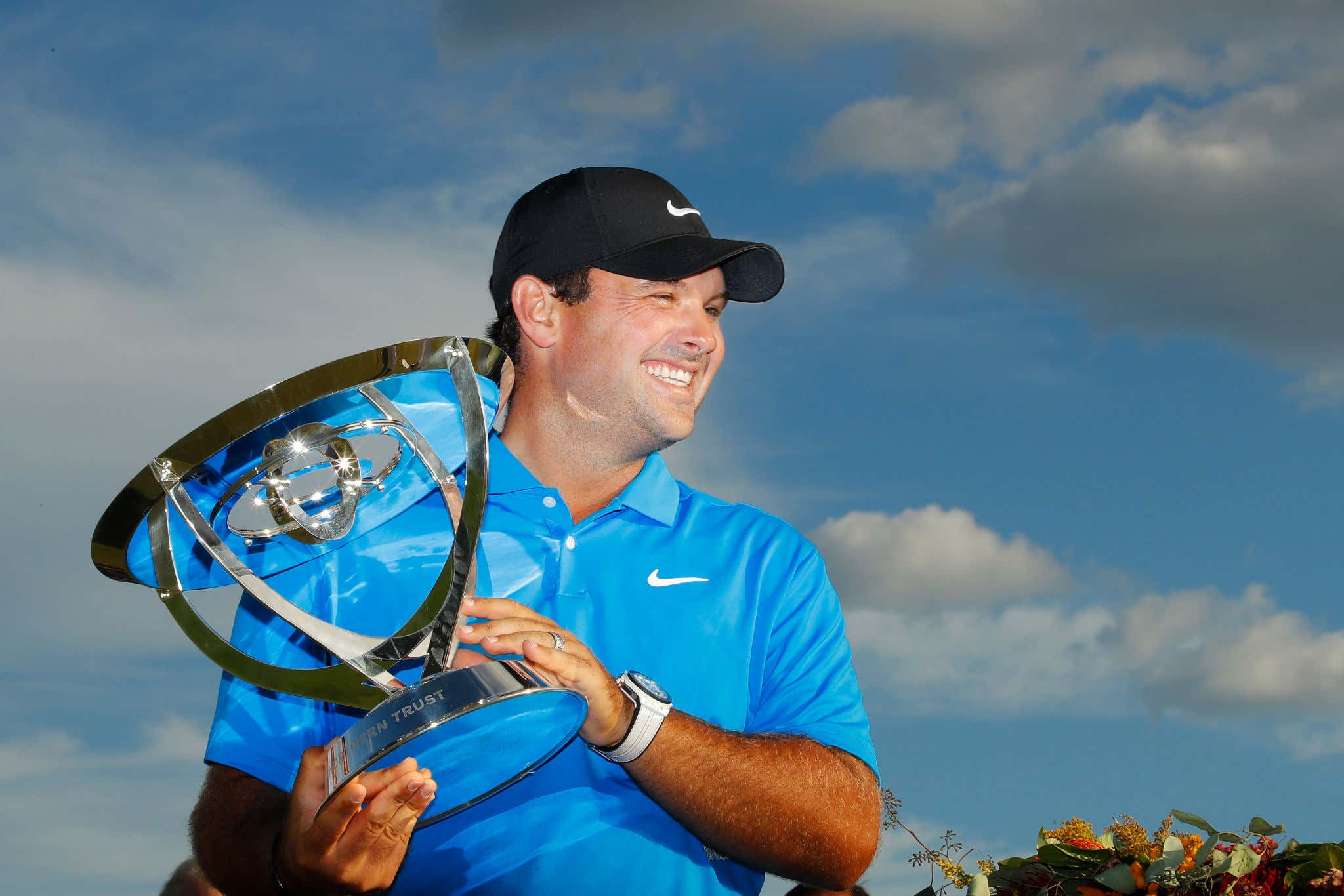 Marvelous piece of metal befitting of a tournament of this caliber. It's unique enough to stand on its own but it's not hokey like the Mayakoba or anything. Tremendous mantlepiece material. 8/10.

Jon Rahm is the heavy favorite to win at +900 at the Barstool Sportsbook. Rightfully so, he's had a helluva year. He's not my guy this week though.

I'm on Jordan Spieth +1600. Only Rahm and Morikawa have really had a better and more consistent year than Spieth. Since turning things around in Phoenix, he's finished in the Top 5 in 7 of 15 events. He's knocked on the doorstep numerous times for another win, a bigger one than Valero. This course fits his strengths as well as any I can think of. It's not a bomber's track and it's open enough where his biggest weakness (accuracy off the tee) will be exposed. The greens at Liberty National are far smaller than Tour average. The ability to hit greens and get the ball up and down will be at a premium this week, and there's few better than Jordan when it comes to those things. It was the reason Patrick Reed won two years ago and it'll be the reason Jordo wins this week. Spieth it is.

Patrick Reed To Win +4000 - For all the reasons I listed above. Guy's won this tournament twice. Something about the NYC area brings it out of him

Daniel Berger To Win +2800 - Iron play has been elite of late. Small greens at Pebble and he won there earlier this year….

Tony Finau To Win +4500 - NOT a Fomo pick… the value has dropped on Finau enough where I can't lay off. He's too good a player to be this long, even if this course isn't a perfect match.

Russell Henley Top 10 +650 - Absolutely bruuutal beat last week on Henley Top 5 going from a spot in the playoff all the way back to T-7 after missing a 4-footer on 18. Cashing Kisner +4500 made that a whole lot easier to swallow, but we're still gonna chase this week.

And there ya have it. Playoff time. Should be a blast. Enjoy Liberty National.