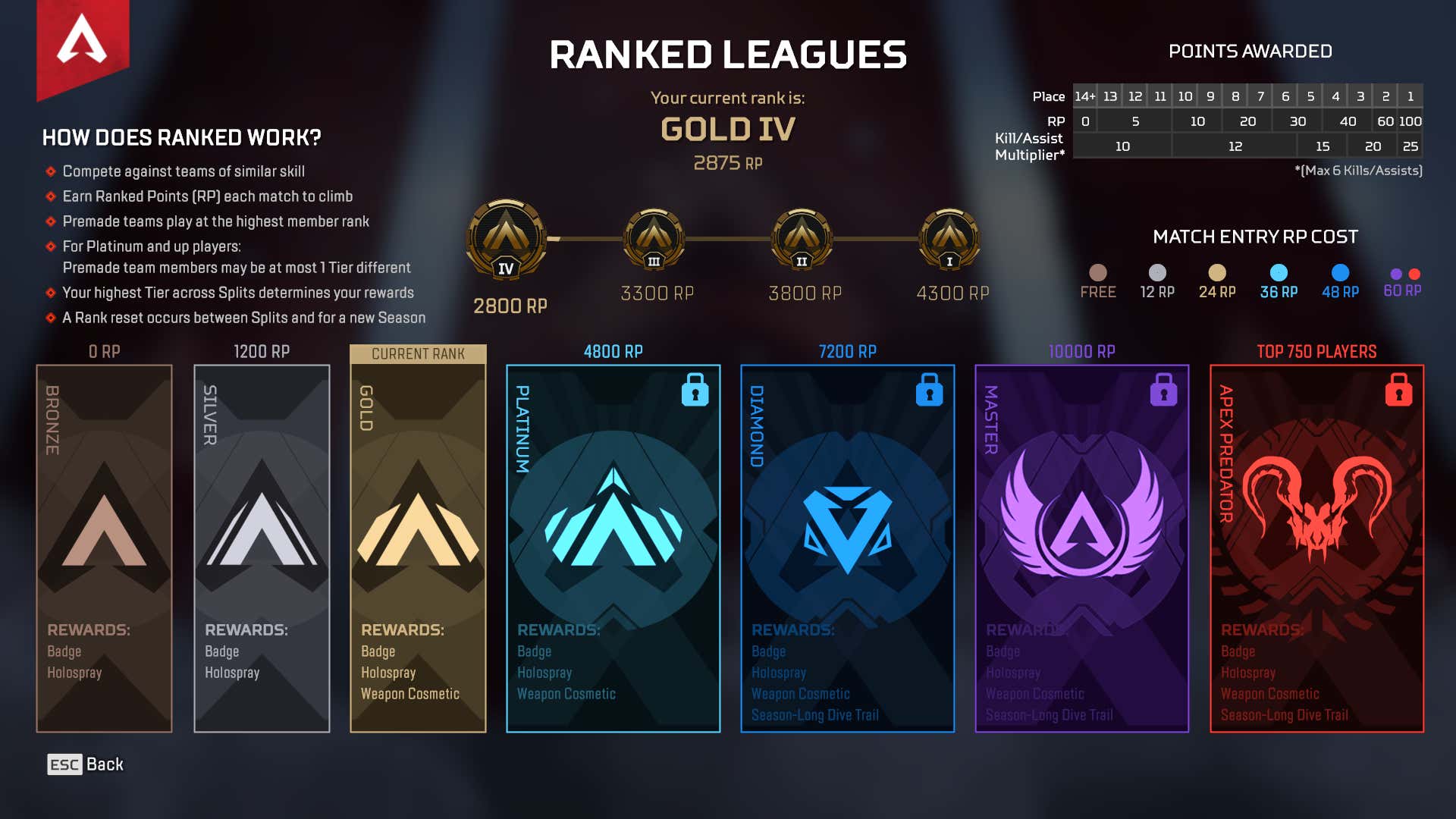 If you're like me, you probably picked up Apex Legends again for the first time in a LONG time. I'm a slut for a ranked mode in video games, I love competing and going against the best of the best. Even in games that don't have a ranked mode (OG Fortnite or Warzone), I usually competed in wagers to get my competitive fix.

So whether you're a new Apex player, a returning player or someone that's trying to figure out Nickmercs' current Diamond rank - I got you covered with everything you need to know about Apex Legends ranked scoring system. Don't get me wrong, it is very confusing when you don't know understand how it actually works. After this blog, we'll all be so good at math that we'll come out practically being able to recreate the movie 21.

Alright, maybe not THAT good, but I'm certain this crash course will help.

Let's start by talking about RP (ranking points) and the different ranks in Apex Legends Season 10.

Everybody starts at Bronze Rank with 0 RP. There are (7) different ranks you can achieve and your points keep stacking, similar to the Fortnite ranking system for those that are familiar.

Each rank has (4) levels that you progress through. So to get out of Bronze and into Silver, you need to start at Bronze IV and work your way to Bronze III, BII and BI, until you finally reach Silver.

Once you acquire a new rank (like going Bronze to Silver), you can't be demoted into the previous rank. HOWEVER, if you hit Bronze III, you can always get demoted to Bronze IV.

How to Earn RP

At this point, we understand the different ranks. Now, let's talk about how to actually earn RP and rank up.

As I've mentioned in a previous Apex blog, the most points you are able to gain per game is 250. The MOST kills and assists that will count toward your rank is 6. It doesn't matter whether you have 6 kills or 6 assists or any combination of the 2. 6 is the magic number that you're looking for in your combined kills and assists.

After you frag out and hit 6, the only thing that matters is placement. As you see above, placement is so critical because it not only gives you placement points, but it also increases your kill/assist multiplier which is key.

So when you're grinding rank, it's critically important to focus on placement to gain the highest k/a multiplier possible while also gaining points for overall placement.

The higher you progress in ranks, the higher your entry cost is when you queue into a match. Therefore, whenever you play a rank Silver or above, you enter the game with negative points.

For example, if you queue into platinum (the light blue) you'll enter the game with -36 points. Apex is all about minimizing your losses and maximizing your wins. Three bad games in a row and you could find yourself down -180 RP in Masters rank.

Now, join me and let's hit Apex Predator together.