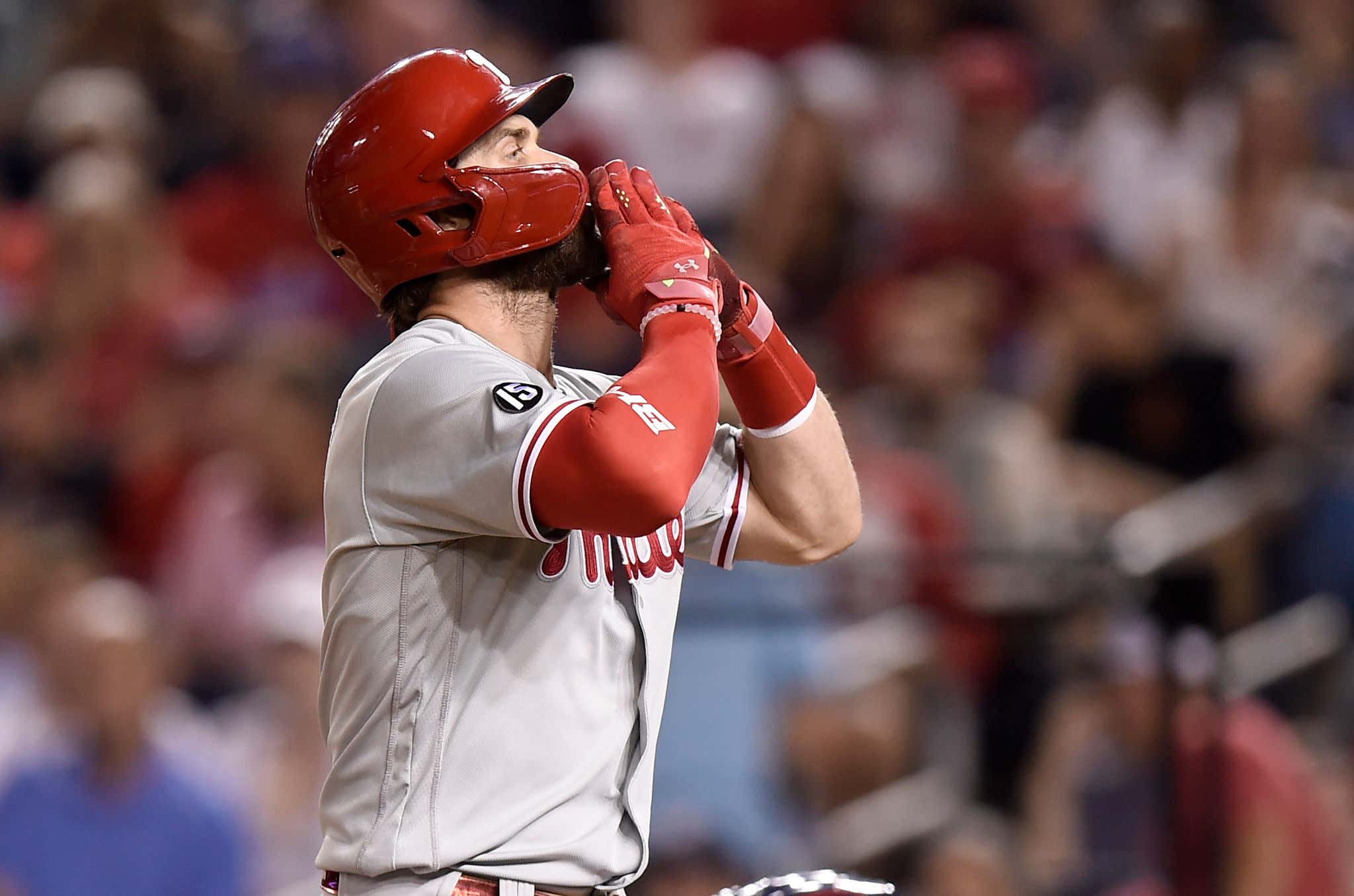 Everybody knows that for the most part, breakups are hard. Rarely are they ever truly amicable. There is plenty of anger and resentment floating around towards that person afterwards. That's the thing about love, though. Hot, steamy, passionate love. Sometimes it burns so hot that it gets out of control and all you're left with in the end is a blazing fire of rage.

Bryce Harper doesn't want to carry around that resentment anymore. He's ready to be the bigger man when it comes to the fans in DC. He doesn't hold any ill-will towards them. He wants them to find happiness and purpose in life. He may not be in love with them anymore, but he still loves them. And what better way to express those emotions than with some smooches?

That's growth and maturity right there. Something I hope Washington fans try to find within themselves. Probably not, but as the late great Nick Insider once said, "I fuckin' hope so, too, dude".