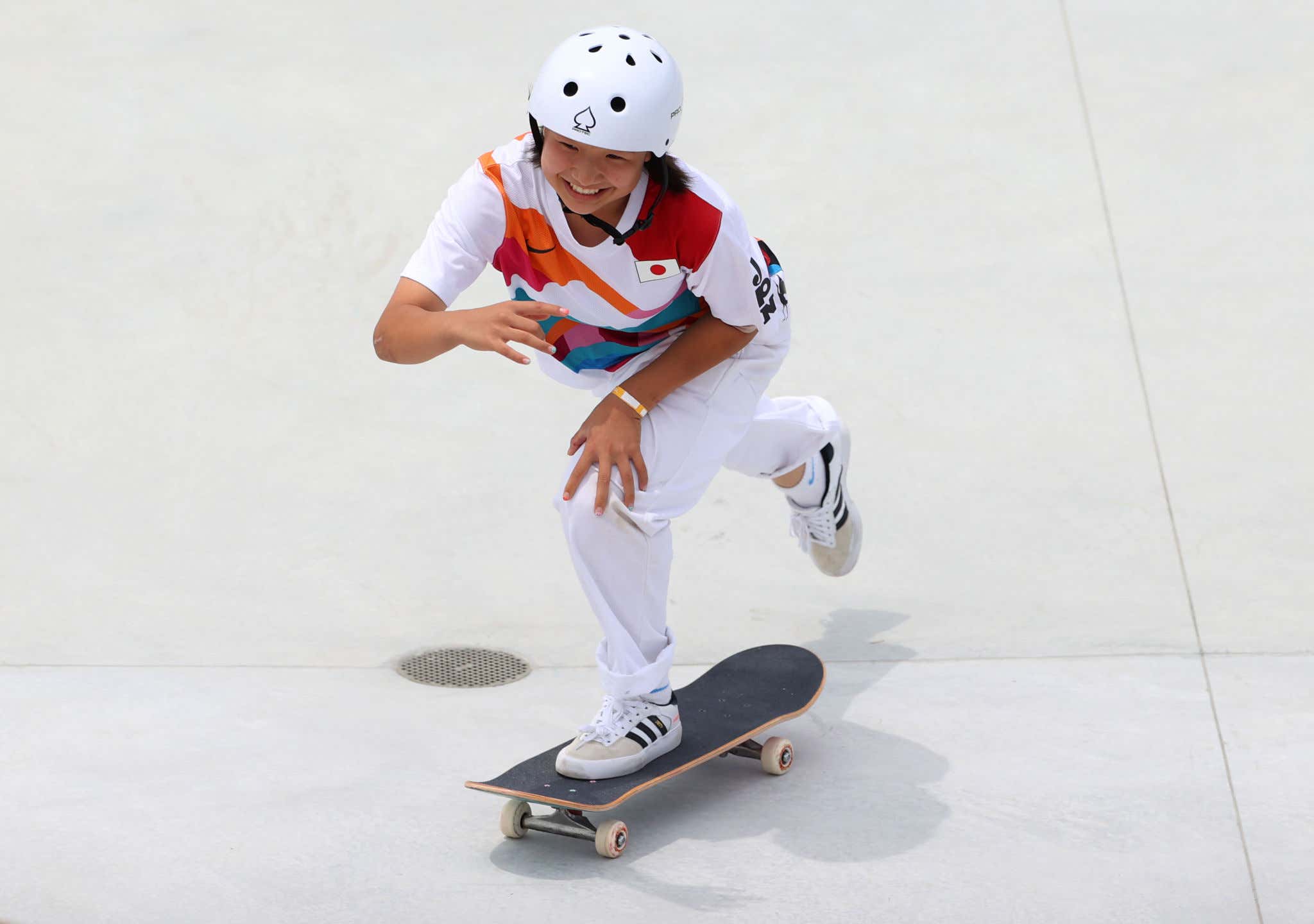 Think about what you were doing when you were 13. You were probably just some weird little kid who thought they were a total badass because you were finally allowed to hang out at the mall and go see PG-13 rated movies without adult supervision anymore. Your biggest athletic achievement to that date would have been something like winning a random youth hockey Christmas tournament.

Oh, and if Momiji didn't win gold then it would have been another 13-year-old winning gold in Rayssa Leal from Brazil. Just look at these chicks go.

Olympic gold. Think about how many billions and billions and billions of athletes there have been on this planet throughout human history. Think about how many had dreams of standing up on the podium at the Olympics winning a gold medal in their respective sport one day. So many of those dreams never even came close to being realized, and here we have Momiji Nishiya putting a gold medal around her neck and she wasn't even alive the first time Usain Bolt ran an Olympic race before. That is wild.

And you're still just sitting over there thinking you're a total badass at 30-years-old because you can hang out at the mall and go see PG-13 rated movies without adult supervision.

P.S. -- Not exactly sure how I feel about Japan sweeping the US in both the men's and women's street skating competitions. Feels like that is a sport that we should have a better stranglehold on. It would be like if an American team lost to France in basketball or somethi…oh wait.