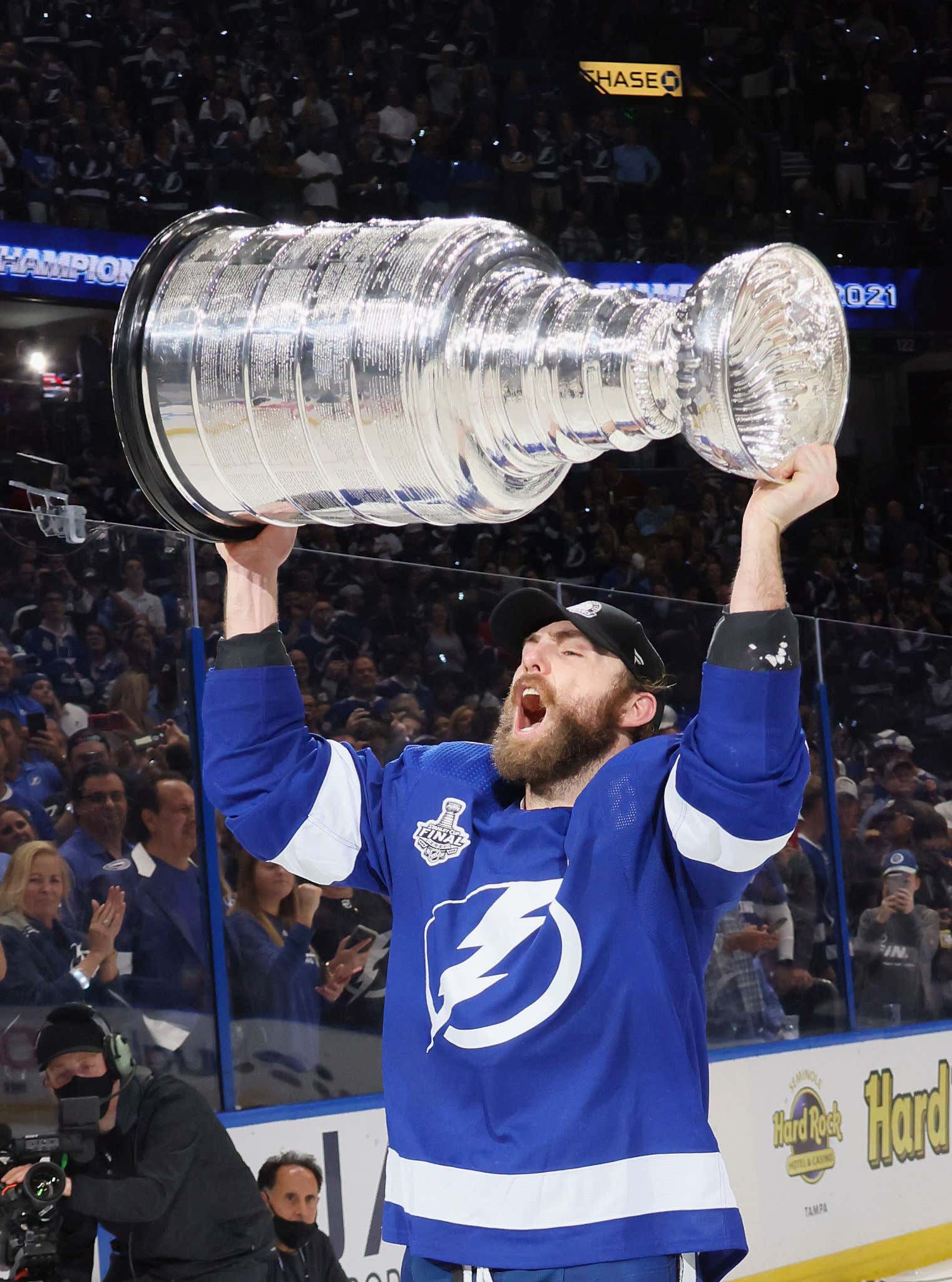 “You can’t have all Ferraris. Sometimes you need a good old-fashioned four-wheel-drive Jeep to get you through the mud, and that’s what Barclay Goodrow can do for you.” - Lightning coach Jon Cooper

New Rangers GM Chris Drury's first order of business was acquiring a player to help push this young, highly-skilled squad through the mud. With the official announcement just a bit ago, 28 year-old Barclay Goodrow is indeed their good old-fashioned four-wheel-drive Jeep. When Drury passed along a 7th rounder to Tampa for exclusive negotiating rights, it wasn't a question of IF he'd get Goodrow signed but for WHAT. Well the rumors were right on the nose - 6 years at $3.6M per along with a 15-team no-trade. You'd be hard-pressed to find a fan who has an issue with the player. The contract on the other hand has been a hot topic of discussion.

Is it more money than I expected? A little - I figured around $3M. Is six years risky for a guy who plays Goodrow's all-out style? Absolutely. Not too long ago the Blueshirts moved on from Ryan Callahan, an absolute reckless warrior, at the same age. He inked with the Bolts for six years and was only able to give them one quality season before health and mileage sabotaged the rest. Obviously that's the most grim side of the pendulum but it illustrates the realistic expectation that the back end of Goodrow's deal will be a bit of a burden. In the game of free agency though, virtually everyone overpays. That's how you get your guy over other teams, and rumor has it there were others interested in the same term/even more money had he hit the open market.

Big-bodied, hard-nosed players are at a premium right now. The NHL is loaded with uber-talented kids and the Rangers are no different. They absolutely had to have a guy like Goodrow. Compared to a rumored 7-8 year deal at $5-$5.5M per for a similar player in Zack Hyman, the Blueshirts seemingly got better value. Sure Hyman is the better offensive talent but Goodrow is a legit shutdown, PK dynamo. I wouldn't be surprised to see Blake Coleman get a deal along the lines of Hyman's as well. That's simply the market right now and I'm much more comfortable with the Rangers acquisition compared to the expected price tags on other options. Is it a bad contract? Maybe. Could it be a lot worse? Absolutely. But worst case, getting out of $3.6M with a 15-team no-trade would be nowhere near an impossibility down the road.

There's still plenty of dominos expected to fall in Rangerstown but I'd expect Goodrow to slot up the middle of the third line. Even if Chytil stays, I've been saying for a long time I just don't see him as a center for the rest of his career. The addition of Goodrow is the start of what assumedly becomes a shutdown line for Gallant to deploy in hopes we no longer have to agonize over countless late-period goals & blown leads. He'll take a huge onus off of Zibanejad's shoulders, especially on the PK, and allow Mika's line to be used more advantageously instead of constantly having to take on the opposition's best.

Forget about the dollars & term - the Rangers are in about as flexible of a financial position you could ask for over the next few years. I'm aware of all the big names that'll need to get paid soon and yes, I promise, they're fine. Barclay Goodrow won't be the reason NY can't keep any of their future. Bottom line is he's an integral addition, without question. There's a reason Tampa Bay traded a first-round pick for a guy who had 71 points in 268 games (an overpay at the time) and their back-to-back Cups prove his importance. There's no such thing as an overpay if the overpaid end up hoisting the greatest trophy in sports.

Remember that when Goodrow hoists his third.