Lala Kent is sticking up for her man.

The “Vanderpump Rules” star, 30, seemingly shaded Megan Fox after the actress did not attend the premiere of her latest movie, “Midnight in the Switchgrass,” which Kent’s fiancé, Randall Emmett, directed.

Kent posted a photo of herself on her Instagram Story standing in front of the film’s movie poster, and appeared to deliberately block Fox, 35, by posing right in front of her. The reality star — who has since deleted the photo — also wrote, “So excited for this!,” right where Fox’s name would appear.

Here's the screenshot I grabbed of the IG story before Lala deleted it: 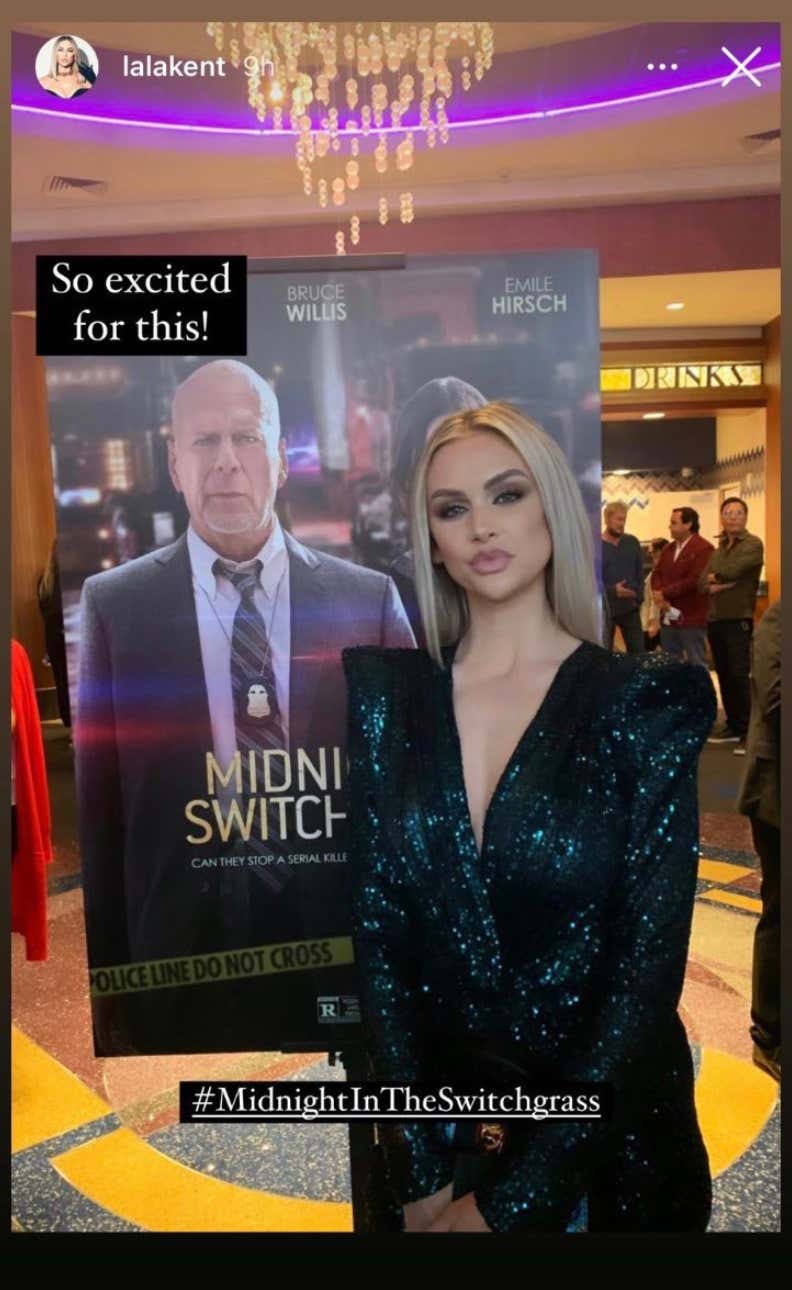 So, Lala Kent (from Vanderpump Rules) is engaged to Randall Emmett, the director of this new movie Midnight In The Switchgrass. Megan Fox didn't show up to this premiere because this past weekend, the Delta variant of COVID is seemingly running rampant around LA County, and Megan decided it wasn't a good idea to go to a movie premiere.

I understand slightly were Lala is coming from - Megan's been running around town with MGK, going to giant parties and UFC fights, not a care in the world when it comes to COVID. She feels as if her man has been disrespected. At the same time, LA literally this past Saturday made it mandatory to wear masks inside again. Who's in the right? I don't actually care. The real issue here, is that Lala Kent thinks Megan Fox gives a fuck what she thinks. She's the director's fiance. Megan is the star of the entire movie. She's a MEGA icon who can get any B/C list acting job she wants. She puts every single ass in every single seat, based on looks alone.

Smart move by Lala deleting it, because it was embarrassing.  I've always liked Lala, but maybe the respect she needs to be showing is towards QUEEN Megan. Without her, we would never be wearing jean shorts, tank tops and turquoise jewelry while pretending to know anything about cars.