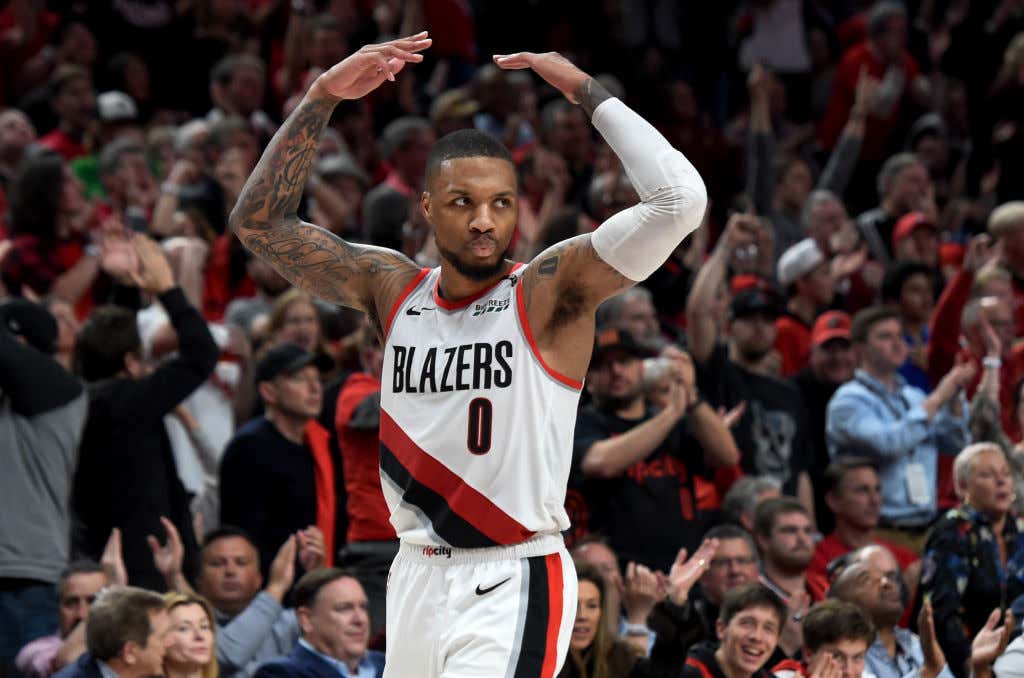 In today's era of the NBA, it's extremely rare that we see the best of the best stick around with one franchise. It's even more rare that we see these caliber of players stay and actually win a title. That's what makes this championship for the Bucks so refreshing. We've seen super team after super team win. Outside of the fanbase that roots for that team, the rest of the basketball world sort of resents it. It's mostly out of jealousy that your own favorite team didn't win, but it will always be cool to see elite players who remained loyal to the only franchise they've ever know reach the top of the mountain.

That got me thinking this morning of who could be next. There are a bunch of young guys that you hope would stick around on one team for their whole careers. Guys like Luka, Tatum, Zion, Trae, Ja, etc. But they are still so early in their NBA careers that it's not really the same as what Giannis just did. He's been in MIL for 8 seasons and went through his fair share of playoff disappointments along the way. That used to be the normal process of winning a title. Almost everyone in history had to overcome postseason failures before they finally got it done. So then I started to think who are the longest tenured players as of now who have only played for 1 team that have the best chance of having their own Giannis moment. Obviously someone like Steph doesn't count despite his 12 years in GS because ya know, he already has his rings. This is the list of guys that qualify

You see guys like Dame/Beal having the longest tenure on the only team they've ever known without a title, but would you say the Blazers or Wizards are all that close? I dunno about that. Gobert was on a pretty damn good Jazz team last year so you could maybe make the case for him. As we know Embiid and Sixers fans declare themselves champs basically every season despite never making the Conference Finals, but if they somehow ever do win a title that would be close to what we just witnessed. Jokic is the only player on this list that actually has a real MVP just like Giannis and he has the story to match. Someone like Smart is nowhere close to the level of player Giannis is so I doubt he would win a Finals MVP if the Celts ever did catch a prayer and win the whole thing, but given what he means to the city and fanbase it would be pretty awesome to see in my opinion. Can you imagine living in a world where Cody Zeller puts the Hornets on his back and leads them to a title? Me neither.

The point is, it's most likely going to be a long time until we see another Giannis situation. Shit, half this list is already being talked about in potential trades. The hope is that what Giannis has done (and might continue to do), inspires the next wave of elite NBA talent to follow his path. It's not for everybody. Especially in today's world where Twitter and people on TV only care about RINNNGGGZZZZZZZZZ. Elite players who have never won probably feel that pressure when thinking about their legacy. A super team ring is still better than no ring depending on who you ask. Who knows if this next wave will be willing to stick around for 8-9 years if they've never reached the top of the mountain.

So if you had to guess, who will we see be the next player to have their Giannis moment? I'm going Smart because I prefer to speak my extremely delusional prayer into existence thank you very much.