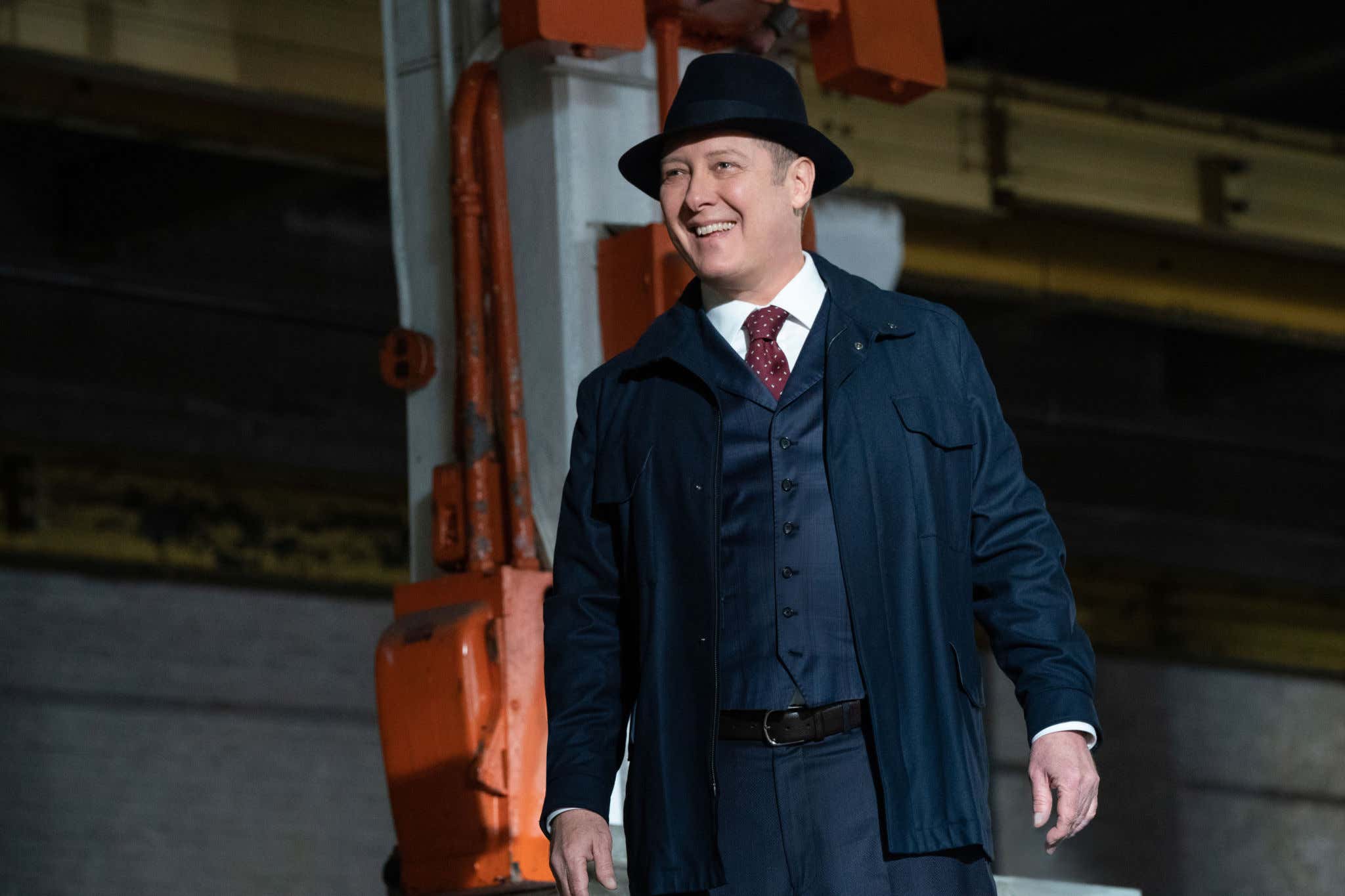 I want to start off by saying I'm aware that a 25-year-old shouldn't be spending his time writing a rant about how a procedural network television show that's been on for eight years is ruining his life. But that's exactly what I'm about to do.

This is not the first time I've banged the keyboard to complain about "The Blacklist." Back in February, I wrote that the creators of the NBC show should be arrested for stealing years of our lives. This was the crux of my blog:

I will never stop watching this show. They firmly have me by the balls like a total sucker. I've invested eight years of my life into this. I cannot give up now. Watching this show is a chore now. Just an absolute grind to get through every episode. But you think I'm going to stop watching and risk the next episode revealing who Red really is? Nope. They can make 20 seasons, and I'll watch every single season. You can say it's sunk cost/time, but at this point I'm not going anywhere. I'll wait it out and keep watching this shitty show until it finally ends and they put us out of our misery. They know that anyone who is still watching will keep watching, so the ratings won't go anywhere.

That perfectly summed up how I felt about the show in February. I continued to watch every week for another month or so, but eventually I just couldn't do it anymore. It was the same shit week after week and as the world opened back up and the weather got nicer, I could no longer justify an hour worth of torture to myself every week. It just wasn't worth it. I figured I'd catch up eventually but I just couldn't keep up every single week any longer.

The season ended in late June and I was seeing tweets about how we might finally get answers. My dad watches the show too and without spoiling anything, he said we did finally get some answers. So while I was home last week, I spent a couple days binge watching the last half of the season.

I will admit there were some very good episodes. It felt like the old Blacklist in some respects. The penultimate episode of the season was particularly good. We finally got some answers about the past. Basically we found out that the blacklist was used to create a criminal empire that could keep Liz safe and keep her mother Katarina in hiding. The old bag we thought was Katarina was a fake. Reddington isn't a Russian spy. We got answers about the fire, the real Reddington, etc. But the answer we still didn't ultimately get for sure is who this current Reddington played by James Spader that we know and love is.

And then in the season finale, Liz fucking dies. Are you kidding me? Look I hated her character as much as everyone else. She went from a likable co-lead to a poorly written mess. Megan Boone, the actress who played her, decided to leave the show and I don't blame her one bit for abandoning this ship. But they couldn't have handled it worse.

The entire hook of this series has been that eventually we, both the audience and Liz, will find out who Reddington really is. She has spent eight years looking for answers. She went as far as creating a criminal empire to try and kill him because she wanted answers so bad. You would think an FBI agent would maybe run a DNA test first, but she was as incompetent as it gets. The worst FBI profiler of all time. While I think the show can certainly survive without her and could've even been better without her if they killed her off right, the fact that she didn't get those answers before she died ruins the whole series. The entire hook of the show is ruined. Incredible levels of incompetence. And while it's possible this is a fake Liz death (we've seen it before), I think Boone leaving the show makes this permanent. Maybe she comes back for an episode or two next season somehow and we see her finally get the reveal, but I don't see how that's possible with how very dead she looked.

Now, of course, there is the huge fan theory that Liz did get her answer. She realized as she was dying that Reddington is actually her mother: Katarina Rostova. The clues are certainly all there. "I was there the night of fire." "I was in that picture." "She's not dead." "I can't tell you who I am or you'll never kill me." The "It's A Man's World" song playing in the background. Etc. Some think it is all but official that the infamous "Redarina" theory has come true.

But I just simply REFUSE to believe this can actually be the case. Look, I know it's been a popular theory for years. I know all the clues suggest it. I know that, as crazy as it sounds, it's probably the theory that makes the most sense of everything. But I still just can't imagine this is actually going to be the case. The honest truth is that this show was developed in 2012/2013, and it's hard to believe a network like NBC would buy into this main storyline when the world was much less progressive towards transgender issues. And honestly, this isn't even a "transgender issue." It's not like a storyline was at all set up to suggest Katarina was transgender. I can actually see there being backlash saying this is an offensive storyline because it makes it seem like switching genders is just convenient if you want to switch identities. We really are supposed to believe that a hot redhead 30-year-old Russian girl becomes a pudgy, balding old dude that bares absolutely ZERO resemblance to her??? Come on.

I think that ultimately the show won't go with that theory. I think they just know it's a popular fan theory and wanted to tease us. Or maybe they have no clue what to do and wanted to see how fans would react to these hints. Or maybe it really is the case because nothing would surprise me at this point. If it is, I honestly think there's a chance they stole the theory from Reddit or something. But who knows. Show creator Jon Bokenkamp is LEAVING the show and has said he's told the story he wants to tell.

Yes that's right. The creator of the show is leaving it.

This man had the audacity to string us along for 8 years, not give us the answer we waited for, kill off the person we wanted to see get that answer, and then bounce. Jail!

But as much as I want to blame Bokenkamp, the real guilty party here is NBC. The show has just become a money grab. I really believe it had the potential to be a classic, great show. The plot is unique. The acting by James Spader is phenomenal. It could work as a procedural with there being a new blacklister to catch every week. And there is a captivating underlying storyline to hook you in and coming back each week. If this show went anwyhere from like 4-6 seasons, that would have been perfect. Have the story you want to tell. Tell it. Get out.

Unfortunately, the show is on network television instead of HBO or Netflix. The ratings are good and it must be a moneymaker for NBC because they just refuse to let the show end. They keep renewing it, so the writers have to just make shit up as it goes along. For that reason, I do feel bad for Bokenkamp and the writers. It might be why he left. And I would respect that decision. So I don't know who to blame, but someone certainly deserves it.

Now we move onto Season 9. What the hell is the storyline going to be? With Liz dead, the reveal of who Red really is won't hit the same. He also can't go on some big revenge tour trying to find her killer because he killed him instantly and had already killed everyone he works for. I do not envy the writers who have to somehow drag another 22 episodes out of this show.

But guess what? I'll be watching. I've spent 8 years of my life on this show and I'm not about to quit with the finish line in sight. This show has me and every other fan of the show by the balls, and they know it. We can never stop watching. It's honestly brilliant by them. Tip of the cap.

As for anyone who is considering watching this show or is currently watching an earlier season, I really suggest you stop. Save yourself the time and energy. You are just going to get aggravated and hate yourself for it. But then again, we also are approaching "so bad that it's good" territory. When I told Feitelberg (a former watcher of the show that stopped in Season 5) that there's a high chance Reddington is Liz's mother and that Liz became a criminal empire mastermind, his response was "I have to get back in."

The bottomline is that "The Blacklist" could have been an all-time great television show, but instead has been ruined and turned into a laughing stock, car wreck that you can't look away from because of network greed.

I'll see you guys for Season 9 I guess.