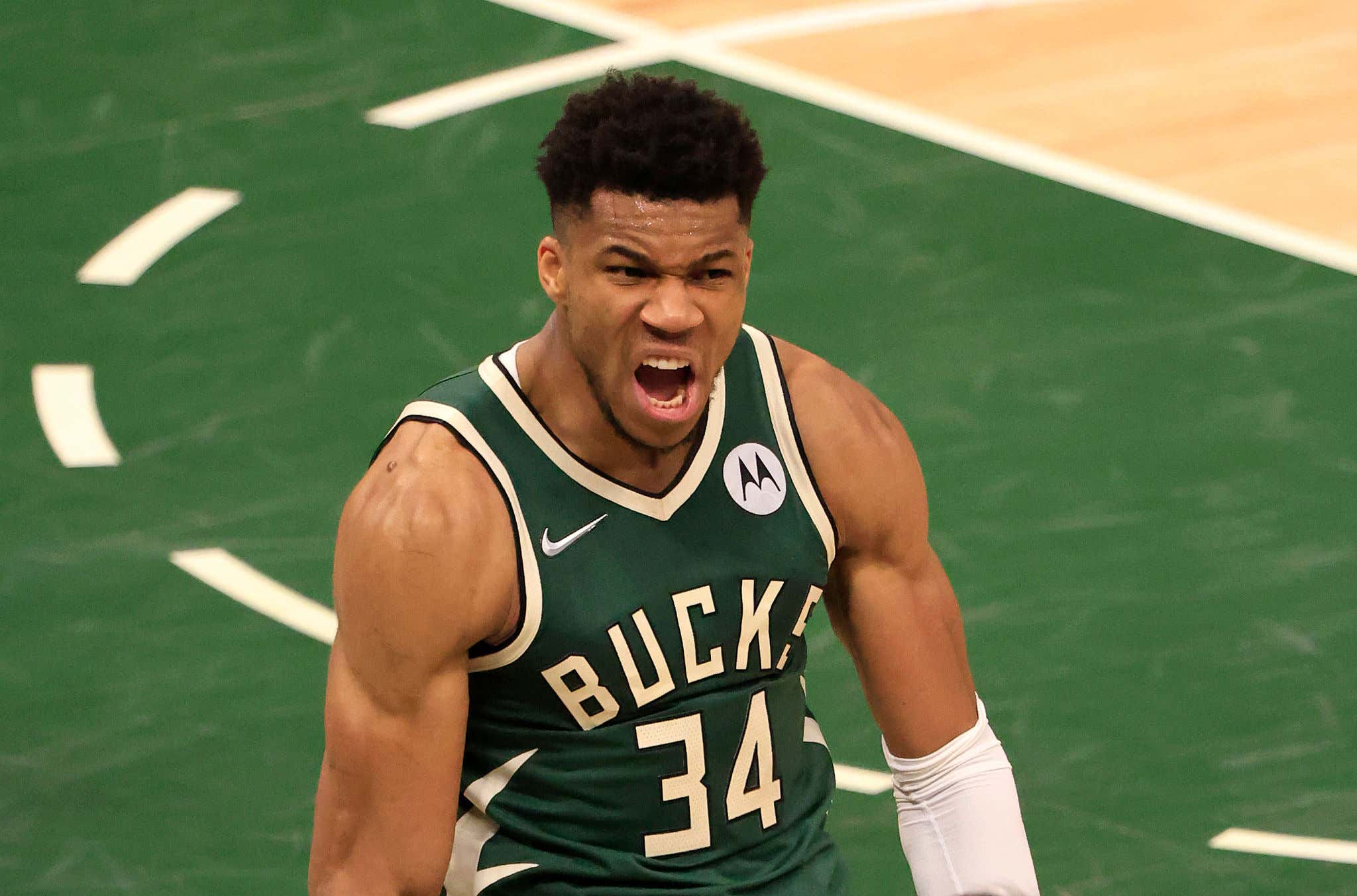 Down 0-2, this was it. The Bucks season was on the line. While technically you need 4 wins to win the NBA title, if you get up 3-0 it's pretty much the same thing considering teams are 143-0 all time with a 3-0 lead. Back at home for a Finals game for the first time in 50 years, the Bucks needed their franchise savior to do everything he could to keep their season and title dreams alive. He did all he could with a monster 42/12/4 only to come up short in Game 2. Tonight, Giannis would once again not be denied while he put the Bucks on his back and did some historic shit

From the opening tip Giannis pretty much got whatever he wanted. He's adjusted his game to stop taking those pull up threes and instead living in the paint where he's only one of the most dominant players the league has ever seen. Seems like a smart adjustment. You can sense the desperation in which he's been playing with these last two games, but tonight was the big one. What Giannis has done in these Finals is essentially what we ask of our #1 franchise guys right? Back at home, a chance to start to change the momentum of the NBA Finals, what do you do with that opportunity? You can't worry about tying up the series until you take care of the first game at home. Giannis stepped up to that challenge and thrived. That's pretty awesome considering we've all been waiting for this moment from him. To see how he would handle being "the guy" on the biggest stage with all the pressure in the world. He even went 13-17 from the FT line!

As expected, home court mattered. Just like it did for the Suns and their supporting cast in Games 1 & 2, now it was the Bucks turn. Suddenly Jrue Holiday is playing up to his role and expectation, with 21/5/9 and 5 3PM. Brook Lopez was better, Bobby Portis actually made an impact. Pat Connaughton made huge threes! On the other side, Booker and Bridges combined for 14 points on 5-18 shooting. There's a reason "role players play better at home" is a real saying, because more often than not it's true.

But this is about Giannis. A guy who could barely walk a week ago is dominating these Finals in a way we haven't seen since Prime Shaq. Remember, Shaq won that title in 1999-2000. He took over in the 3rd quarter and the Bucks never looked back. Now we have a series on our hands. I pray this thing ends up 2-2 with a massive Game 5 back in Phoenix. That's the type of drama we deserve.

The Bucks punched back. Now we get to see how Chris Paul & Co respond. Game 4 can't come soon enough.