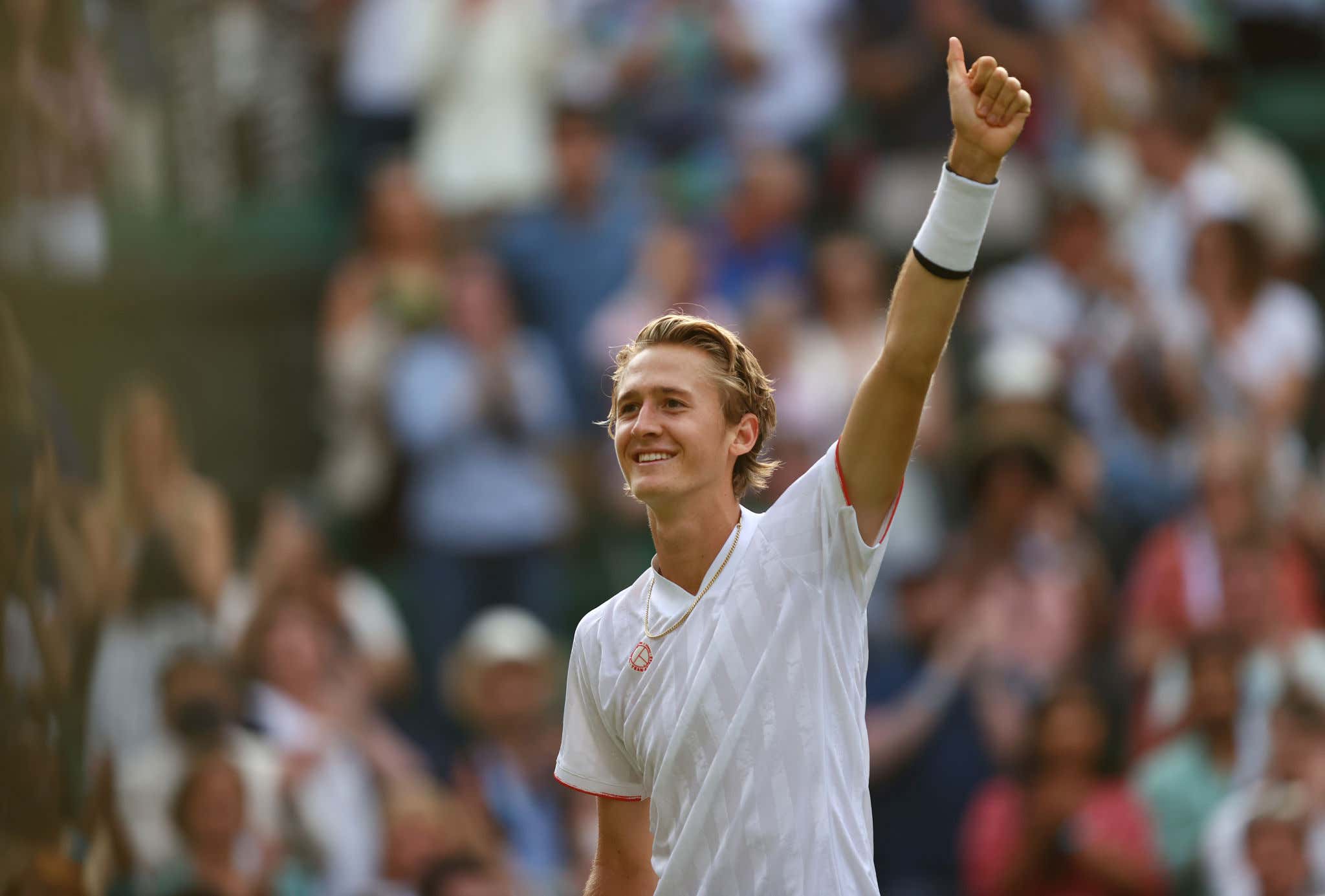 American men's tennis has been searching years for a new face ever since the days of Andy Roddick came and went. There was the hope John Isner could be that guy but in the end he was just a giant ogre with a big serve and zero ground game. In grand slams that guy stood no chance in ever making a serious run.

Frances Tiafoe has shown flashes and had a great win this Wimbledon over top 5 Stefanos Tsitsipas, but in classic Tiafoe fashion he couldn't string together enough good matches to make a run, thus falling to Karen Khachanov today. Other names like Taylor Frtiz, Tommy Paul, Reilly Opelka are still young enough to maybe get hot, but I wouldn't put the odds too high. Recently a soon-to-be 21 year old has stepped up and really made a splash. His name is Sebastian Korda.

Today, Sebi Korda ripped his way into the 4th round of Wimbledon after taking down the number 1 ranked Brit Dan Evans. Korda has all the tools to put the U.S. back on the map in men's tennis. We're talking a soon to be 10 ten player in the next year or so and an eventual grand slam champion if things continue to trend in the direction they are. He was excellent today against Evans in his debut on Centre Court at Wimbledon.

He's a 6'5" stallion with incredibly soft hands at the net, a good serve, and solid speed. Most importantly, Korda is calm as can be in pressure moments. If you break him he'll come right back at you the next game like nothing happened. His win today on the big stage and the way he did it tells you the hype is very real.

What's also crazy is how insanely athletic the Korda family is. These guys are basically the Gronks of the country club. I mean talk about winning the genetic lottery. 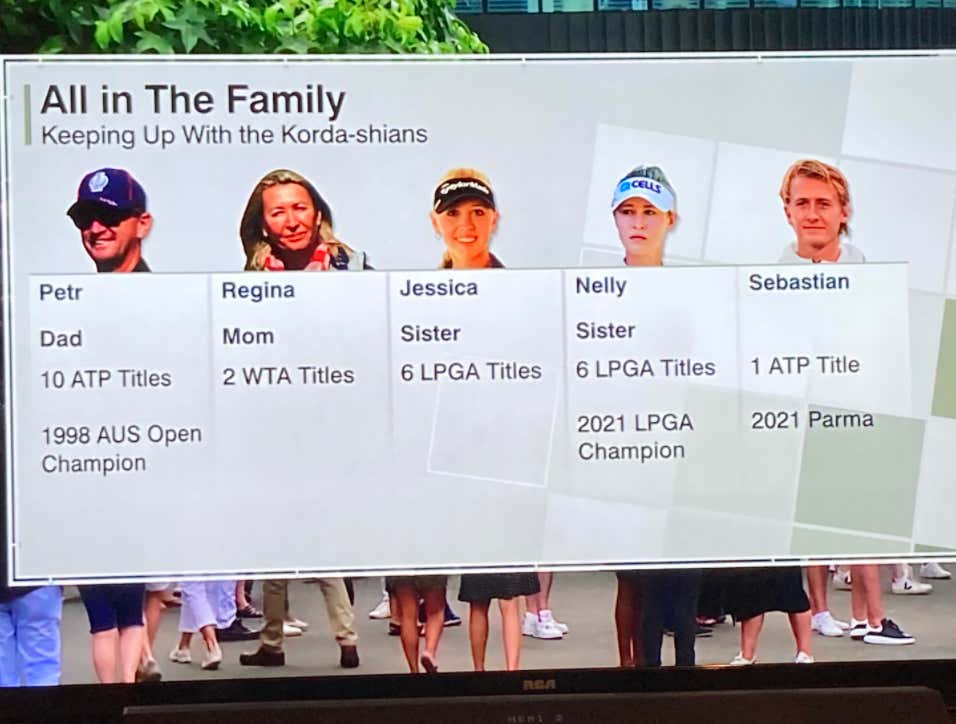 Sebi's dad Petr won 10 ATP titles and the 1998 Aussie Open. His mom Regina won 2 WTA titles in tennis, reaching as high as 26th in the world at one time. She also competed in the '88 Olympics for Czechoslovakia. His one sister Jessica won 6 titles on the LPGA tour while his other sister Nelly is the current number 1 ranked women's golfer in the world after winning the PGA championship last month. And now we've got Sebastian making noise on the ATP Tour and soaring up the rankings.

I'm all in on Sebastian Korda. Let's get USA men's tennis back into the mix.