We've been hearing for months that this is going to be the summer of love around the globe as we fornicate right in corona’s fuccboi face and no place marks the sign of the times better than the lifeline running through the unofficial capital of the world. God damn that video was beautiful to watch. Not because of the actions that took place in said video, even though I would never kink shame anybody who gets down like that. If you enjoy some rough play, regardless of if you are a coworker of mine engaging in some rough stuff at their private residence or a complete stranger getting beat on for forgetting their Leeloo Dallas Motopass, more power to you. I just loved seeing weirdness return to the subway.

For the last year, every subway train I have ventured into has been either empty, sterile, or even worse both. However, we now have proof that normalcy is starting to return to the least normal place normal New Yorkers go to, with this video providing everything we know and love about the subway:

A Couple Of Lunatics Acting Crazy For Attention? CHECK!

Almost The Entire Train Refusing To Pay One Iota Of Attention To The Maniacs Mere Feet Away? CHECK!

Enough Sex To Warrant The SSC Disclaimer On The HBO Ratings Screen?

To be clear, these two rambunctious lovebirds are just the first robin of the Summer of Love in Satan's labyrinth. The subway won't truly be #back until we have multiple videos that hit for the clean sweep of those HBO ratings along with a guest appearance of human feces for good measure. But goddamn does it feel good to be on the right track (safely from my desk in the suburbs).

P.S. This guy is the New York version of White Sox Dave. Alllllll the bonks in the Big Apple go to Yankees Dave today 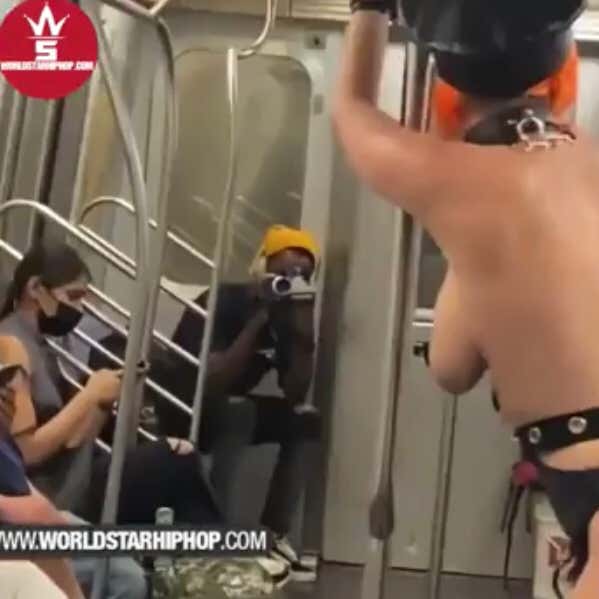