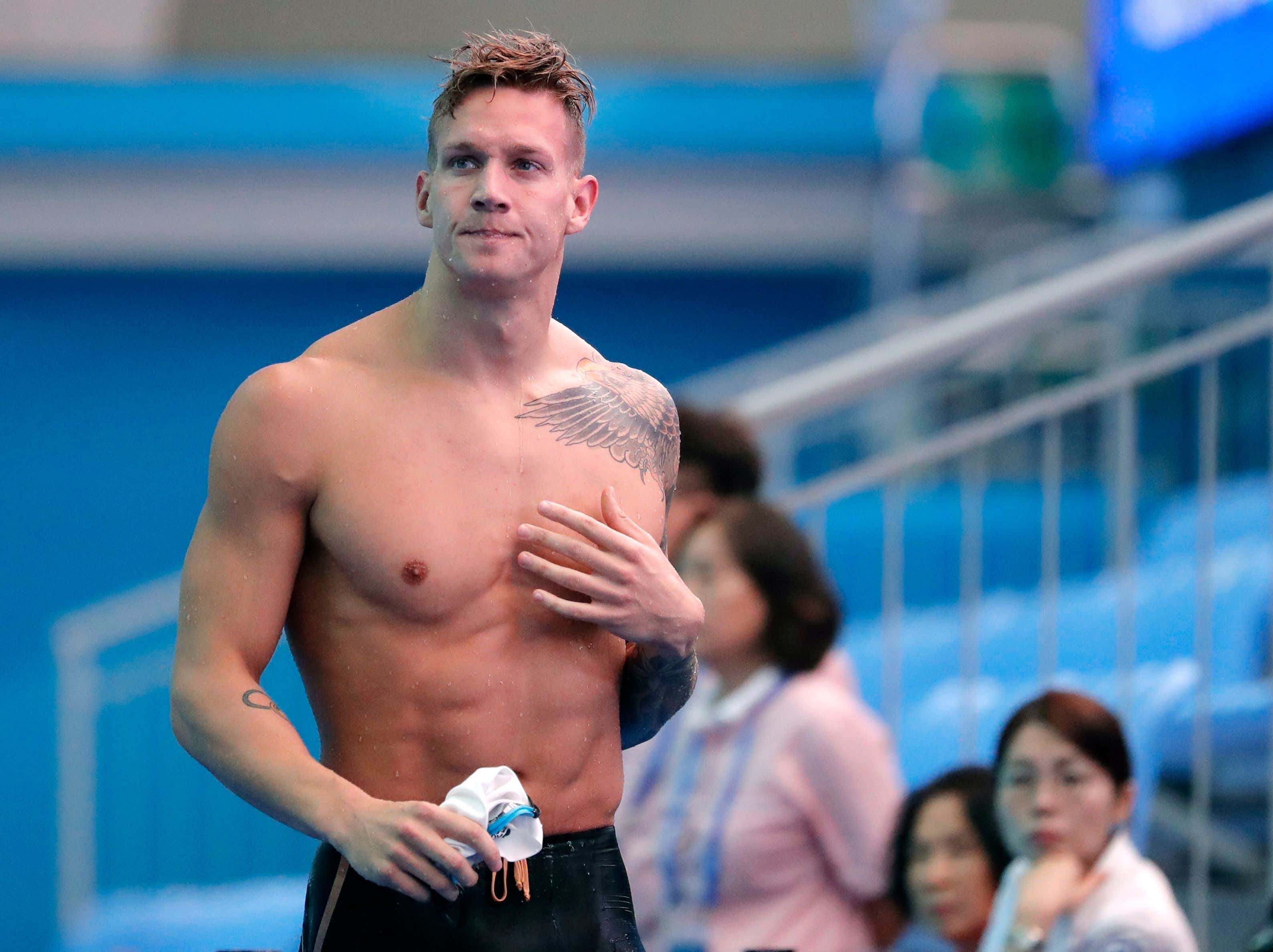 Imagine if I told you that history was going to happen before it happened.

No one has really cared about swimming since Micheal Phelps graced the world in 2008, now 12 years later apparently there is a guy already who has broken many of his records and is poised to rack up Gold medals like we haven't seen since Phelps.

His name is Caeleb Dressel, and remember the name because he is probably going to make you some money when Olympic bets hit the Barstool Sports Book. (Gamble Responsibly)

Here is a side by side of Caleb Dressel setting a world record and beating Phelps' previous record.

Dressel is more of a sprinter compared to Phelps, he holds world records in shorter races. Even still he currently holds 3 world records in the 50m freestyle, 100m Butterfly, and the 100m individual medley (combo race of 4 strokes, butterfly, backstroke, freestyle, and boobstroke). This guy is posed to light up the Olympics just "Like Mike."

Some of these world records he won in the preliminary races, like the races you see Usain Bolt purposefully not go full speed in and get second just to advance.

I haven't paid attention to swimming in a long time, but my favorite summer Olympic memories were from the 2008 Olympics. I think we are in store for another dominating performance.

Besides some competition from some Australian beach bums, Caeleb should be able to possibly win as many as nine medals depending on which events he enters in.

I know swimming is kinda metro but the possibility of another Micheal Phelps America dominating performance is something to look forward to.

Look the U.S is coming out of a major pandemic, I want to see a good old-fashioned U.S.A domination at the Olympics. I want to see America Skull Fuck other countries in sports to show we are still Alphas of the world. Is that too much to ask? and If that's too much to ask then what is the point of even attending the Olympics? Now that Usain Bolt is retired maybe we can get something done in track and field, but a good old-fashioned Phelps-like beatdown on the rest of the world is needed.