I mean come on, this is awesome. Just a couple of pals having the time of their lives. BASE jumping is already one of the most extreme sports you can do, I'd say it's just under wingsuit proximity flying and speed flying (which is paragliding but with a tiny canopy that you fly inches above the ground as you sail down a mountain.

I'm not sure how they cooked up this idea but I can imagine one of the guys just threw it out there as a funny toss away "what if" and everyone jumped on board instantly. That's how innovation goes in this sport.

I've never been BASE jumping but I know wall separation is key. For a split second this guy is turned around and looks as if he starting to fly into the wall, but he makes a smooth recovery, tracks away from the wall, and pitches his canopy perfectly. 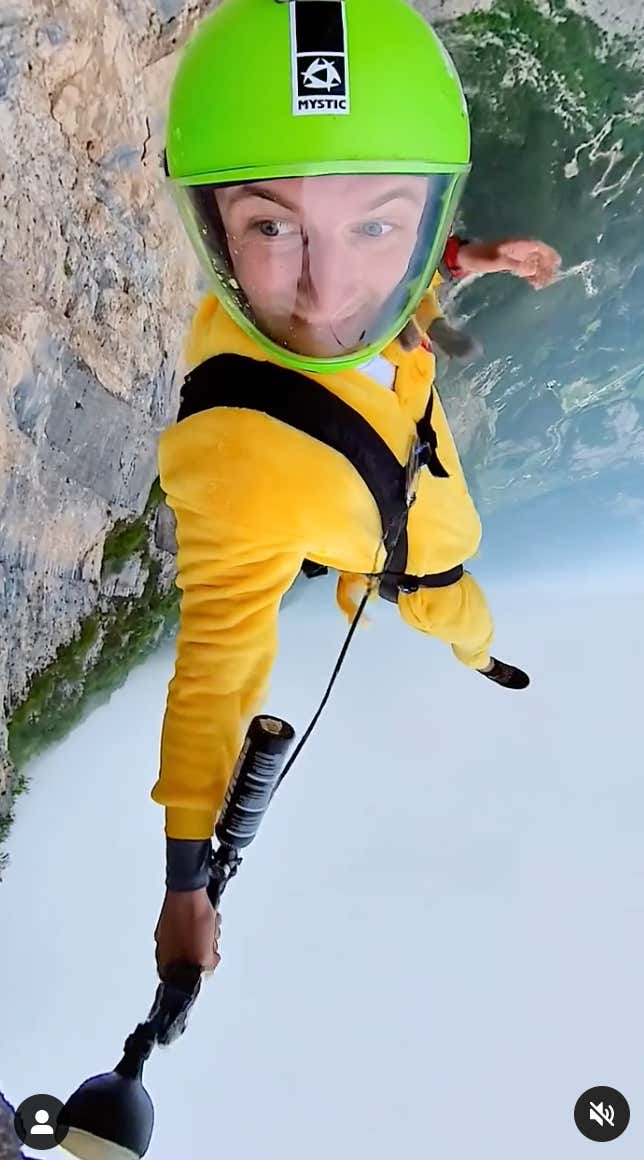 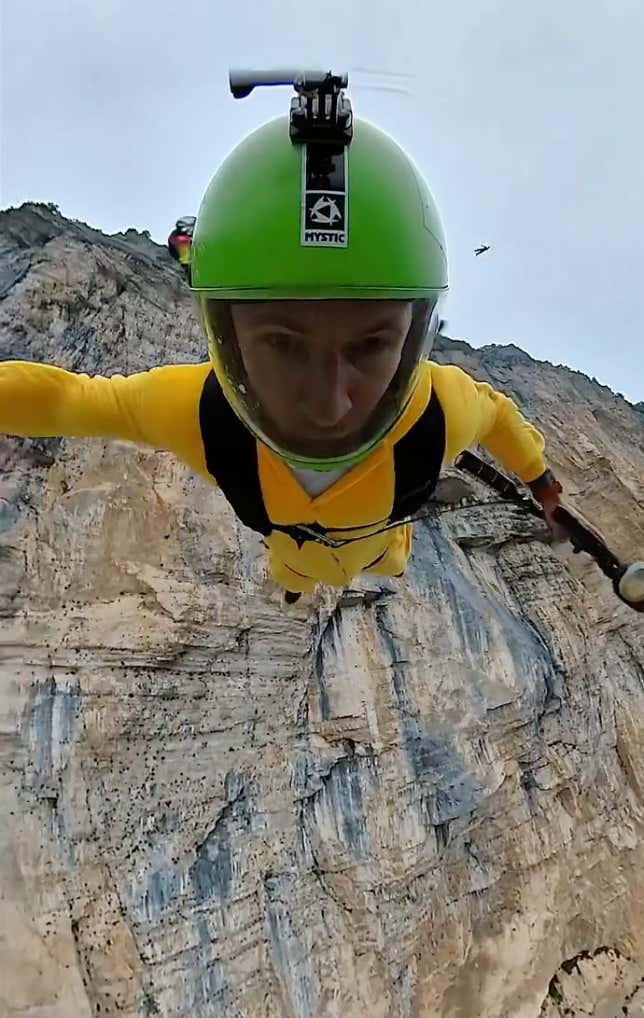 I thought it was all over after that but these guys kept shooting while under canopy. I started chuckling pretty good at that, I don't think a paintball can do any damage to the fabric of a canopy but I wouldn't want to find out through trial and error like this guys. It just goes to show you that there's no limit to crazy, these guys are just built different. The only thing that would make this video better is if they were rocking some Die Trying merch