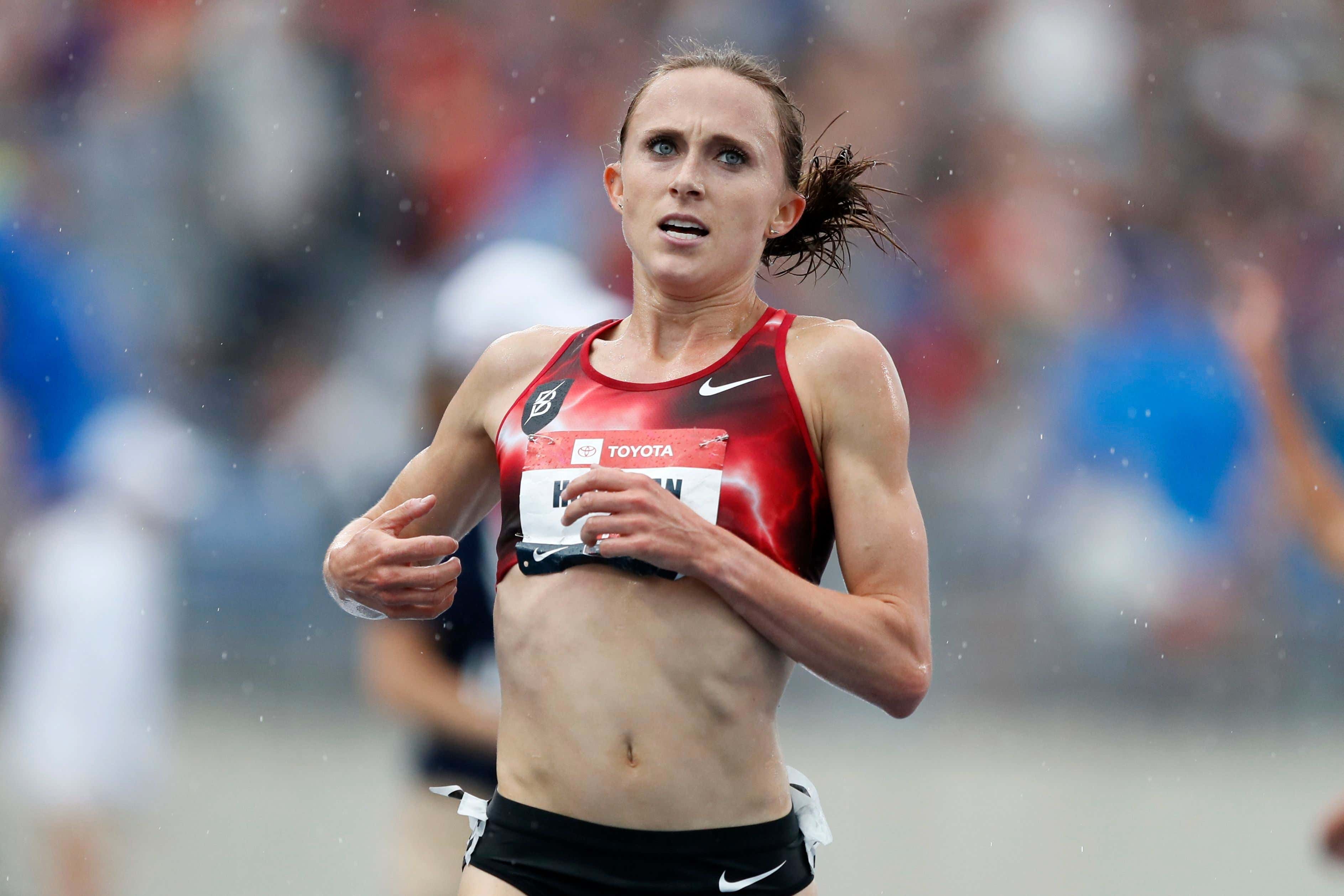 EUGENE, Ore. -- Banned runner Shelby Houlihan is in the lineup and will be allowed to run at the U.S. Olympic track and field trials while any appeals she files are pending.

Houlihan, the American record holder at 1,500 and 5,000 meters, is on the start list for Friday's 5,000 preliminaries. Though that list was produced before word of her four-year doping ban went public, USA Track and Field said there were no plans to take her off.

"You can always resolve the outcome later, but you can't re-run a race," CEO Max Siegel said.

Houlihan's representatives would not say what her next move would be. Typically, when athletes lose cases at CAS, which is based in Switzerland, they appeal to that country's highest court. In time-sensitive cases, that court can issue an injunction that would allow an athlete to participate while a case is decided.

After much flip-flopping on this incident whether she would be able to qualify for the Olympics, the committee has now granted her clemency while the appeal of her 4-year ban goes further.

We have seen some pretty curious ways people have tried to excuse PED usage. Some athletes have blamed too much sex and beer, some athletes think ghosts gave them PEDs, while others have claimed they were set up by the mafia.

My favorite is track star Lashawn Meritt who claimed gas station Boner Pills were the reason for his positive test.

Now Shelby Houlihan, the 1500-meter U.S champion, is claiming that nandrolone was in the Burrito she ate from her favorite Mexican food truck. The Athletics Integrity Unit gave her the test in December and she found out in January she was positive. This is only coming to light now because her appeal was rejected and she will have to serve a 4-year ban from the sport she was about to go to the Tokyo Olympics for.

Now there are some truths to her statement. Nandrolone is basically synthetic testosterone. Her claim is that Nandrolone was found in the pork within her burrito. Specifically that the same markers that show a positive test can be seen when eating Pork. There have been studies showing that "Consuming boar edible tissue can turn up Nandrolone derivatives in human urine". This isn't the first time meat has been claimed to cause positive tests. One tennis player Petr Korda once claimed his veal addiction caused a positive test to the same Nandrolone.

Shelby Houlihan's story reminds me a lot of Canelo Alvarez's positive test for clenbuterol. He blamed Mexican beef standards as Clenbuterol is put in cattle feed to boost meat yields. Basically, juiced-up cattle have more steak. The U.S has higher FDA standards that prevent this. Interestingly Canelo submitted a hair follicle test which would indicate if he was taking the substance for extended periods of time (Instead of just eating a couple of juiced-up steaks), and the results concluded there was no Clenbuterol in his system.

Shelby Houlihan also submitted a hair follicle test but the results were denied even though her hair was just as free of drugs.

I believe Shelby Houlihan did produce a false positive from Pork in her burrito and that with so much pressure surrounding anti-Doping and the Olympics due to the whole Ruskis being juiced to the gills they are being extra stringent on athletes in order to maintain the image of accountability. This is unfortunate because she will miss 2 Olympics and her domestic records show she was going to get the U.S a medal if the ban stays in place. This was her lifelong dream.

I am starting to wonder if I ate a ton of Carnitas from chipotle every day if I could also pop positive for Nandrolone. Look people get addicted to burritos, I have eaten chipotle every day for a month straight, it's great for gains. Long-distance runners carbo-load like crazy, if she was eating double pork burritos 5 times a week, I think that could raise those trace amounts to cause a positive. Burritos are just so convenient and fast to make for the calories they deliver. I feel like there are chipotles purposefully next to gyms for this reason. I always feel like there is a chipotle within a 2-mile radius of every gym I've been to. She also pinpointed the burrito consumption at an appropriate time before the test to show it was possible. Honestly, all this burrito talk has inspired me to go eat a burrito today.

There have also been updates on multiple countries' weightlifting teams being suspended, carrying the narrative that drug testing is being taken very, very seriously this Olympics. Romania, Egypt, Malaysia, Thailand, Iran, Russia and Turkey are all implicated and banned. They aren't messing around this year.

Very glad she was granted clemency to compete so that she still can possibly make it to the Olympics.