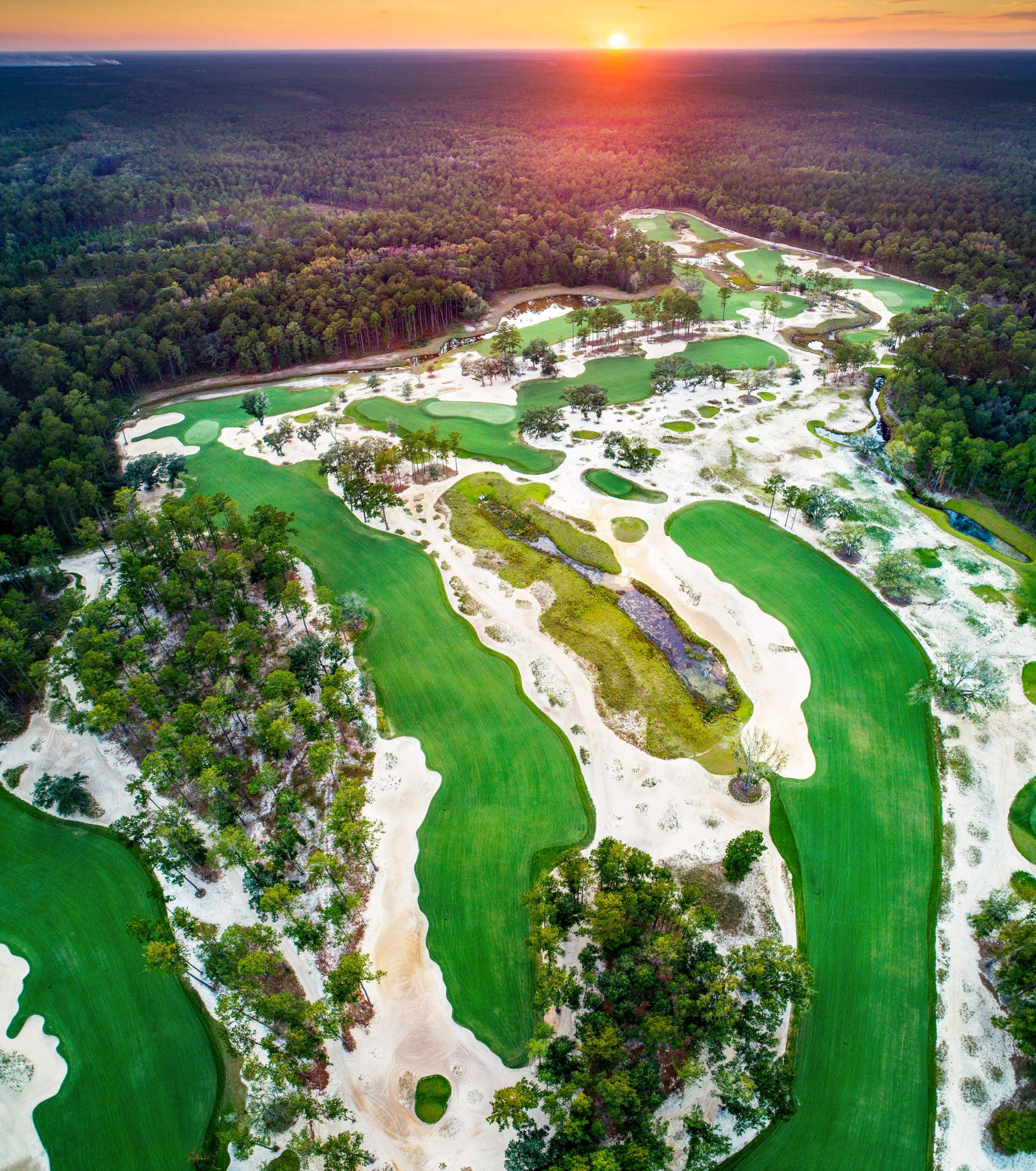 This is a weird one! This was supposed to be the RBC Canadian Open. But as we learned last week in a big way, COVID is very much still a thing that exists. The Canadian Open is canceled for a 2nd consecutive year and the Palmetto Championship is here in its place as the final appetizer before the US Open.

Usually this is where I talk about the previous year's tournament and throw some info up about past winners at that week's golf course. Yeah, I suppose it's worth a mention Rory won the 2019 Canadian Open, but that really has no relevance here. Guy isn't even playing this week. Soooo…. 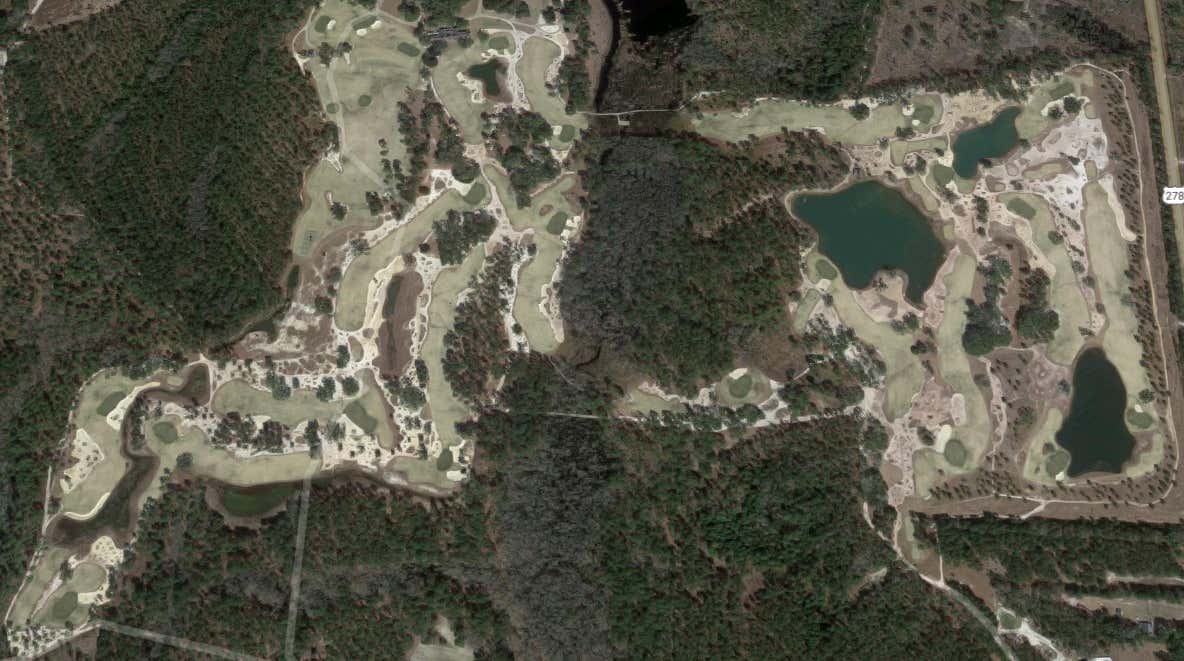 Congaree is a looong Tom Fazio Par 72 design playing as a par 71 this week measuring 7,655 yards. It was built less than 4 years ago in the lowcountry of South Carolina and actually only has two official members - its founders Dan Friedkin and the now deceased former Texans owner Robert McNair. The club pretty much exists to unite 200+ wealthy ambassadors of the game (such as Mark O'Meara) with underprivileged youth to positively influence their lives through the game of golf. Part of what they do is help talented high school players who might lack the resources to take their games (and subsequently their lives) to the college level and help them do exactly that. It's basically a charitable playground. Kinda wild.  Some more info on that within this video.

The course has got tons of natural sand around. That much you can tell from the photos above. Much like the PGA a few weeks ago at Kiawah, there will not be "bunkers" on the course - just sandy areas. So no need to pick up the phone and call in any penalties for guys grounding their clubs. Similar again to Kiawah, this course will play much like a links-style track. It is also expected to be firm and fast. Reports are the greens typically roll at a 12 on the Stimp. There will be a lot of different styles of play that can get it done and there won't be much rough to speak of. You're gonna see some Texas wedges out there. It's very much the opposite of a US Open set up, so this hardly serves as a tune-up for Torrey Pines next week. But it'll definitely be one of the more unique courses we see all year which is always fun. 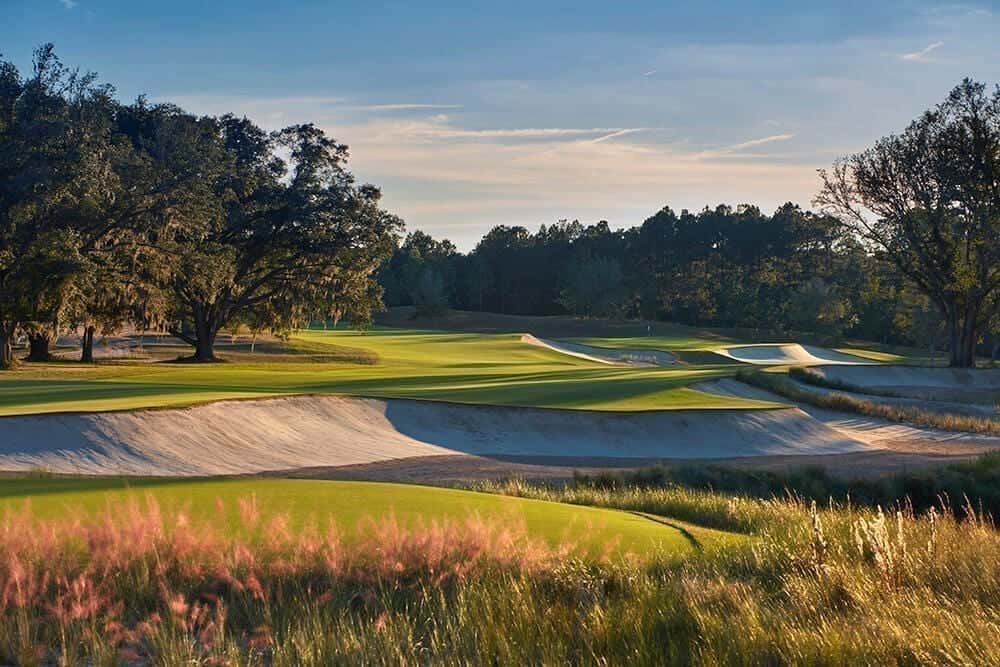 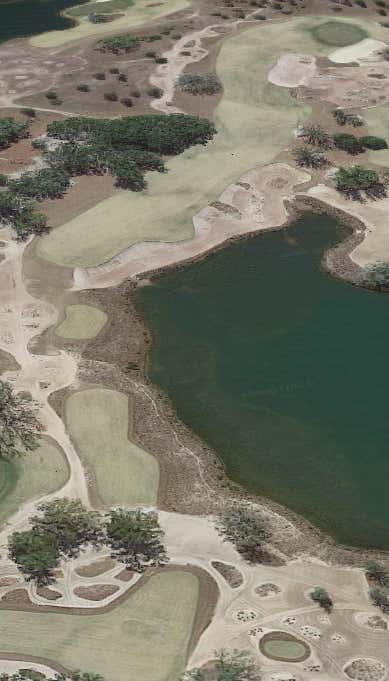 Info on this course has been hard to come by but from everything I've read, the 8th hole is universally accepted as the signature hole at Congaree. It's a bit unclear as to where the teeboxes will be set up, but it sounds like this is typically a par 5 that will be set up as a long par 4 this week. You would think the box is that oval of grass in the bottom right of the image above, but I've seen course images where that patch doesn't even exist and the teebox is set up directly to the left on that tongue of that larger L-shaped tongue of grass. 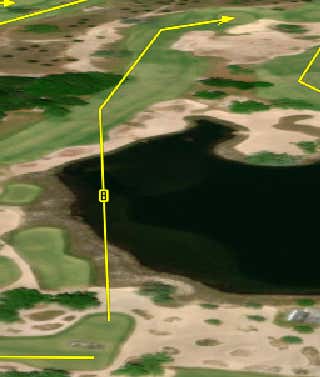 In order to make this a par 4, maybe the box will be further up on the left. Who the hell knows. Looks to me like you've got a carry off the tee where your ability to chew off distance over the bunker (and water) will dictate your line. Then you've got an approach with sand short and right of the green. I don't really have much more to contribute here. There's just so little info. I'm trying man, I really am. But this tournament is like a box of chocolates. That's half the fun. Tom Hanks. You get it.

Yeeeiiiikes. Hot and humid. Muggy. T-storms afoot. Bad. I threw the Monday weather in there in case it comes to that.

Weather caused some delays (and indirectly contributed to how the Jon Rahm test results played out… which by the way. Mini-blog here. What if that positive test had been his Sunday test and not Saturday? Like what if that came back positive and then they re-ran the test while he was on the back 9 Sunday with a 6-shot lead? Would the Tour have had the balls to pull him off the 16th hole with a win in the bag? What if he was on 18 and they let him finish? Would other players have made a stink that maybe the Tour let him finish his round while positive? It was absolutely a crazy scenario the way it played out, but there were far crazier possibilities at play there and I don't think anybody's really considered that. End mini-blog.)

I searched far and wide for a trophy for me to critique this week. There's no signs of one. I highly doubt they would give away the Canadian Open trophy given the little maple leaf on top. 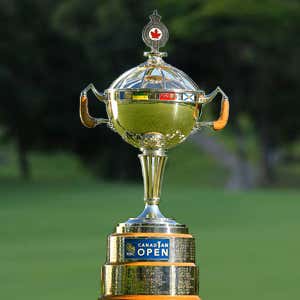 I was then going to use this space to go on a rant about something related to trophy presentations, but have decided it's worthy of its own blog. Here it is. Bring back big novelty checks.

Canadian Open trophy is an 8.3 btw.

World #1 and lowcountry native Dustin Johnson is the favorite this week at +750 at the Barstool Sportsbook. It's a very top heavy field with a pretty steep drop off after the first 5 or 6 guys. Alex Noren hasn't done anything of note in years and he's the co-6th favorite here. Kinda shocking but kinda telling as to what kind of field we're working with here.

Tons of guys are skipping this week to prep for the US Open next week. It's on the complete opposite side of the country and you can't really blame anyone for taking that route. There are even a handful of guys who were in this field who only qualified for the US Open on Monday and have subsequently dropped out of this tournament.

Regardless, I'm going to take this opportunity to take a guy in the middle tier that isn't quite on many people's radars yet. Garrick Higgo is a 22-year old South African who has methodically climbed his way up the world rankings the past couple of years. He's won twice each of the past 3 years at the given level he's played at. That includes winning the Sunshine Tour's (the South African Tour) Tour Championship last year and two events on the European Tour this year. That has vaulted him all the way up to 54th in the world, and he hadn't even played an event in the US until last month's PGA Championship (where he made the cut). There's not a lot of info on this course and few have experience on it, but the descriptions match a lot of the type of golf you see in South Africa. Links-style courses with shaved greens that require some creativity playing the ball on the ground. He's +4000 and in a field this shallow, I think it's worth a crack.

Dustin Johnson Top 5 +175 - He's a sleeping giant. Field is too weak for him not to post a result.

Lucas Glover Top 10 +275 - He's one of the aforementioned ambassadors to this place and probably knows some things these other guys don't.