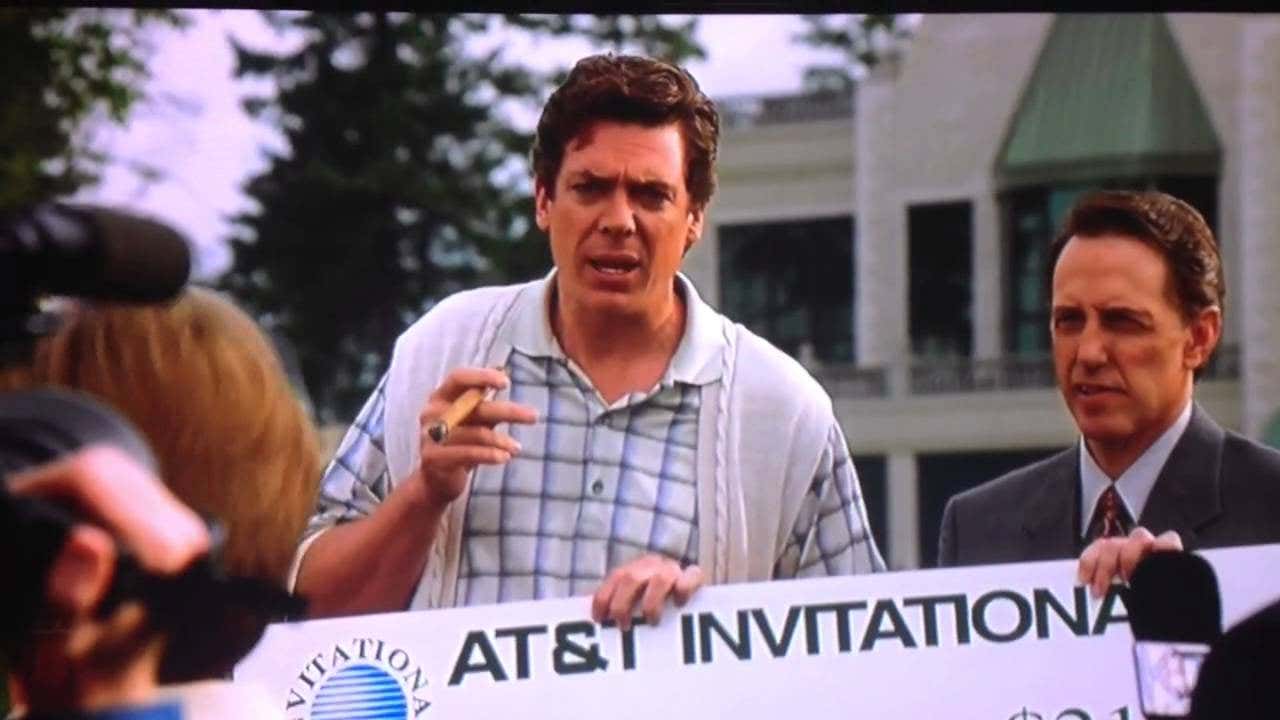 So today I'm writing my weekly PGA Tour blog (they're sweet, I put a lot of work into them and you should read them) that typically includes a segment critiquing the hunk of metal that tournament's winner will be awarded. This week's tournament is a one-off where I can't find any information on this week's trophy so that got me thinking…

It's time to bring back big novelty checks on the PGA Tour. I don't think I've seen one given out in many moons. Maybe they've been there all along and I've been looking right past them, but as I rack my brain, I just can't picture any winners holding up any novelty checks recently save for maybe exhibition matches for charity.

Somewhere along the way they became taboo but novelty checks are heckin sweet. They're such a flex. With the payouts these guys are getting, how could you not slap 7 figures on a hunk of cardboard and give it to the winner? Shooter McGavin got $214,000 for winning the AT&T Invitational back in '96 and he got a big ass check and a fat stogie to go with it. The winner this week will be taking home $1,314,000 and he probably won't???

The payday means a lot more to these guys than I think they let on. Every once in a while you'll get a guy like Kiz or Rory speaking candidly about how sweet it is, but I can guarantee behind closed doors there's a lot more chatter about the dough than we know about. Give them an opportunity to flex the cash and I think you'll get a lot more open discussion about it. The PGA Tour has continued to look for ways to be more fun and relatable and appealing to a younger audience and this would be one way to do it. Hell, get the caddie involved and give him a smaller novelty check with his 7% or 10% or whatever on it. That'd be hilarious and I bet those guys would eat that up with a spoon too.

The paydays are too hellacious these days not to throw it on a novelty check. A lot of that is thanks to Tiger. The guy doesn't even know where his non-major trophies went because those things mean nothing to him. But he sure as shit knows where a lot of those millions went and I'll leave it at that because this is a family website and I'm a gentleman and I support Tiger.