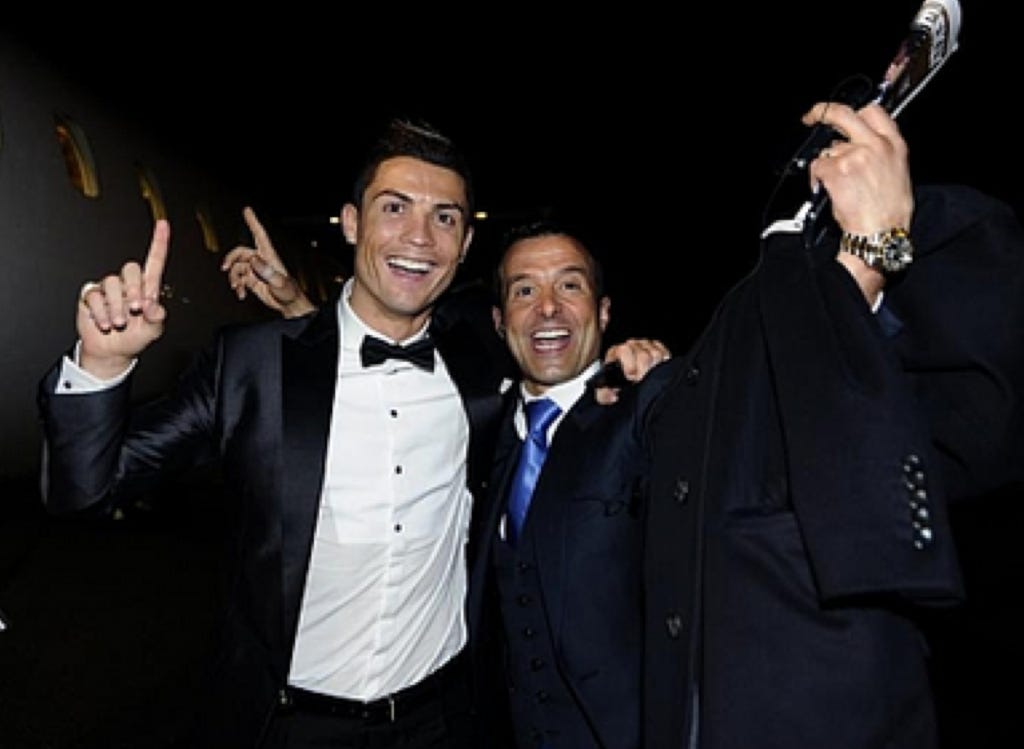 (Source) – With the pair becoming inseparable over the years, you perhaps won’t be surprised to learn that Cristiano Ronaldo was given best man duties at his agent’s wedding over the weekend. Indeed, Jorge Mendes got hitched to his new wife Sandra in Porto on Sunday afternoon, with Ronaldo well and truly trumping everybody else in attendance by buying the newly wed couple a truly extraordinary wedding present. According to Portuguese news source Move Noticia, the Real Madrid superstar gave his agent not a customary toaster, kettle or food processor, but an entire Greek island. Indeed, it is said that Ronaldo may have paid anywhere between €3 million and €50m to purchase the land, with Greece currently selling off many of its islands in a bid to ease the financial situation in the country.

What kind of reporting is this? The island that Ronaldo bought for his friend cost somewhere between 3 and 50 million Euros? Well, which was it? Was it a shitty, three million Euro island or was it a baller 50 million euro one? Pretty huge difference. If you’re buying me some tiny little island that isn’t even worth double digit millions then don’t even bother, get me a toaster instead. The fuck do I want with a three million Euro island? Does it even come with a beach? Seriously let’s get a little accuracy going here. If Ronaldo got his buddy a tiny little island then fuck him. You want actual praise for your gift then make it a big one. And don’t make it in Greece for god’s sake. I’m actually shocked they’re even selling islands for millions, figured Greece would be pawning off anything they own for like couch change. You want to impress me with a wedding gift? Make it a 50 million Euro island in the Caribbean. Three million in Greece? No thanks.