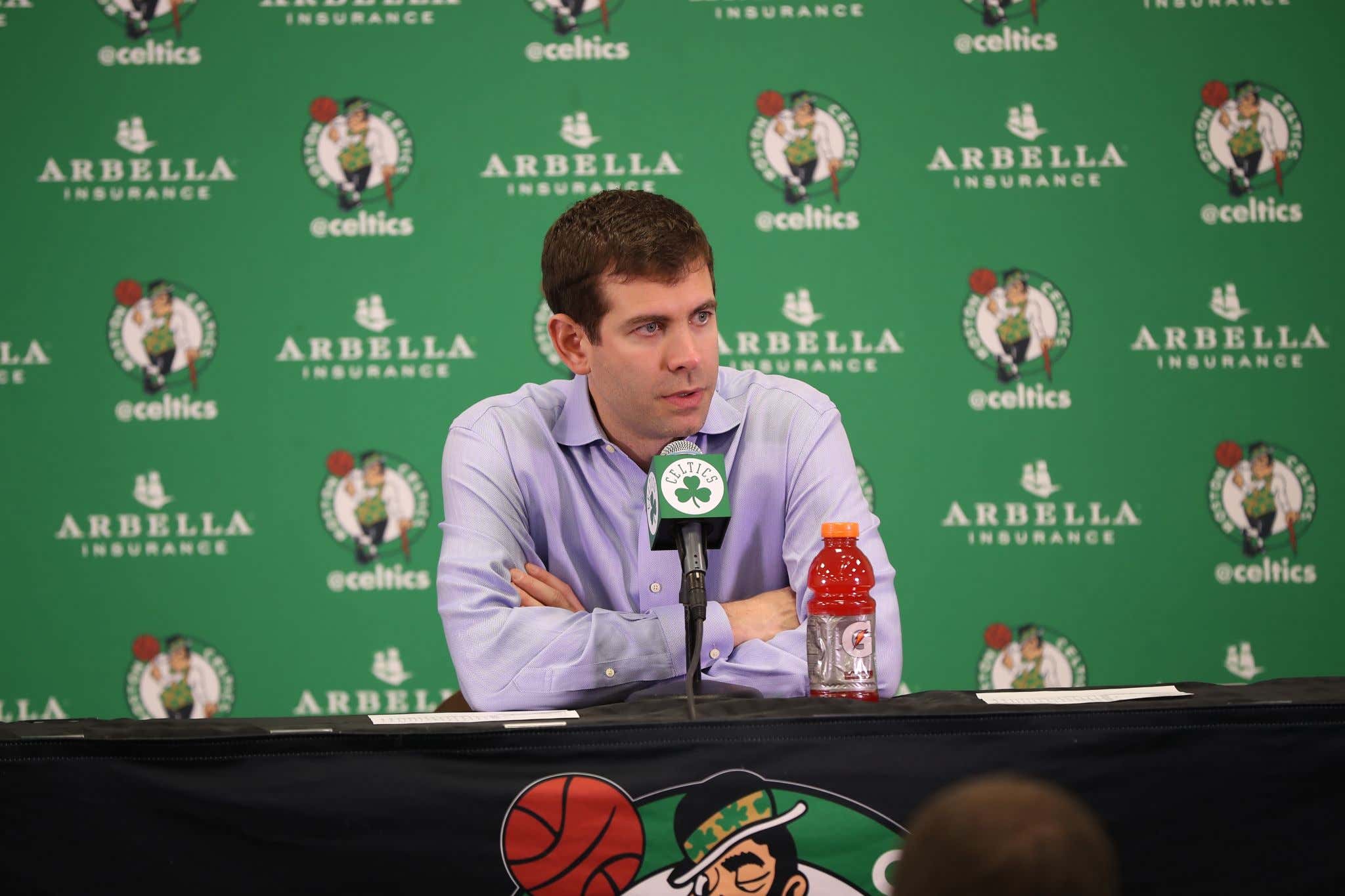 The Celtics shocked the world on July 13th, 2013 when out of nowhere they announced they had hired Brad Stevens to be the 17th head coach in franchise history. The team was entering a rebuild phase and needed a new captain of the ship. At the time, nobody had any idea if it would work. History wasn't exactly on their side when it came to college coaches coming to the league, their roster was hot dogshit and it was a pretty big gamble at the time.

When they made that move, I don't think there was a person alive that could guess what would happen 8 years later. I'll be honest with you, there had not been a day in my life where I ever considered a reality in which Brad would be moving from the sidelines to running this franchise. Yesterday was another bombshell. Here's what I do know though. Any person suggesting they know how this is going to go is lying out of their asshole. Just like we had no idea how it would or if it would work in 2013, the same thing applies now. I have no idea if Brad can build and run a team. You have no idea either. None of us do. Shit, I'm not even positive Wyc knows for sure. It's a leap of blind faith just like we all took in 2013. While Brad never made the Finals or won a ring, it's a little silly to call his coaching tenure unsuccessful. He answered that question pretty thoroughly. Now he has to do it all over again.

For a variety of reasons, Brad is stepping into a tricky state of the franchise. Unlike in 2013, this team has their cornerstone franchise pieces. Two All Star players 24 and under who are both signed long term. A lot of guys do not have that luxury when they come in and take over a team. Some say that's the hardest part of the job, but with Brad there are just as tough situations on the horizon. With limited trade options, even more limited assets and a roster that needs substantial improvement, and the need for a new head coach, Brad is taking on quite the matzah ball. Just look at some of the things on his list

1. Hire the next head coach

2. Figure out what to do/pay Robert Williams

3. Figure out what to do about Marcus Smart

4. Find a way to re-sign Fournier

5. Call around about Kemba

7. Upgrade the bench with limited assets

This is not exactly what I would call….easy. Much like how Doc didn't want to touch a Celts rebuild with a 10 foot poll, I can't imagine this is the most attractive position for a President of Basketball Ops to be in outside of Jaylen and Tatum. It's certainly not an easy transition. There are monumental decisions that need to be made basically immediately when it comes to the future of this team. That's now all on Brad. There is no other scapegoat. Nobody else around to take the blame. We can no longer say "well what do you want Brad to do? This is what he was given." He's now the one doing the giving.

What we will get an answer to is how Brad always envisioned this team. Both from a player perspective and style. It was fairly clear that Ainge liked to draft/bring in a specific type of player. How does that differ from Brad's approach? Is he maybe not as tied to certain players on this roster that Ainge was, because they were his guys? It's a weird dynamic to some degree.

It's not as if Brad is taking over a team that has something nuts like $50M in cap space and a ton of capital to improve the roster. In fact, it's basically the exact opposite. That's what makes this offseason so intriguing to me. Anyone can come in and take over a team, drop a bag of cash on big free agents and improve that way. They can package a shit ton of picks to bring in a guy. Brad does not have that option. I also wonder if maybe he's more willing to bring things back mostly intact because he was there in the day to day and maybe he feels like the roster he got never had a fair shake to actually play together. Essentially, I'm not ruling anything out because these are uncharted waters.

All I know is this. I trust Brad Stevens. He's earned at least that after these past 8 years. He showed he could handle the challenge of the NBA once before, but now the fate of the franchise pretty much depends on his ability to do it again.