During the height of March madness I got the most joyous W of my life in the form of a grand little fella named Cash (or Puma Excellence, whichever you prefer). Months later I still stare at him in disbelief at my luck, and I know I'll be doing that the rest of my days. He's more wonderful than I ever dreamed, and I dreamed about him being pretty damn wonderful.

That being said, there's a duality to the euphoric awe of this whole baby thing, and as someone who went into it pretty clueless it's an understatement to say I was not prepared. I'd spent so much time focusing on getting his room ready & all the items needed, and on the birth part itself (yes, my taint did rip. real bad. 3rd degree. got more stitching than a tacky pair of Ed Hardy jeans) that I overlooked the true gauntlet - dealing with my body post-partum. I know it's different for everyone but the physical recovery + breastfeeding has been borderline-nightmarish for me thus far. (But Kate, this is a site called Barstool SPORTS, not Barstool MOM TITS !)

And just as I thought I was finally starting to pull out of it, I hit week 11, threw my back out & then days later my blorps went haywire in a way I didn't know was possible.

The sun was just starting to rise on my 30ish birthday as I sat on the LaZBoy in nothing but pajama pants, unable to lay flat because of my back & rocking back & forth in pain. It felt as though both of my knockers had spent the evening trying to get through the Home Alone house. (Fitting, since coincidentally they do go by 'Marv' (left) & 'Harry' (right).) There was intense burning, sharp bolts of pain & my whole body was shivering. It felt like I had the flu & my mouth was getting that watery, hangover puke feeling.

Stumbling into the bathroom, I flipped on the lights and what I saw almost made me shriek like there was a pet tarantula on my face. My right boob was the size of a watermelon with bulging veins & bright red streaks snaking all over it. Not only was it hot to the touch, there appeared to be a ready-to-burst water balloon filled with rocks under the skin. The moment I attempted to 'massage the rocks out' tears leapt to my eyes & I started bawling. It fucking HURT. And right on cue the baby woke up & started screaming for milk.

An extremely long, anxiety-filled trip to an under-staffed urgent care resulted in a diagnosis of 'lactation mastitis'; blocked milk ducts that can lead to infection. And it seemed pretty certain I was at the infection part. Until now I did not know this was even possible.

The cure? Well according to the (truly lovely, thoughtful) folks I asked on the internet: cabbage leaves in my bra, cold compresses, putting warm water on diapers and flopping them on my breasts, spraying 'em with the shower nozzle as hot as I can stand, getting the knots out with a butter knife, sunflower lecithin pills, poke root oil, having Pat suck the blockages out like Edward hoovering the vampire out of Bella… It went on & on - Women (& their husbands) reached out with endless ways they'd desperately tried when they ran into the same problems. 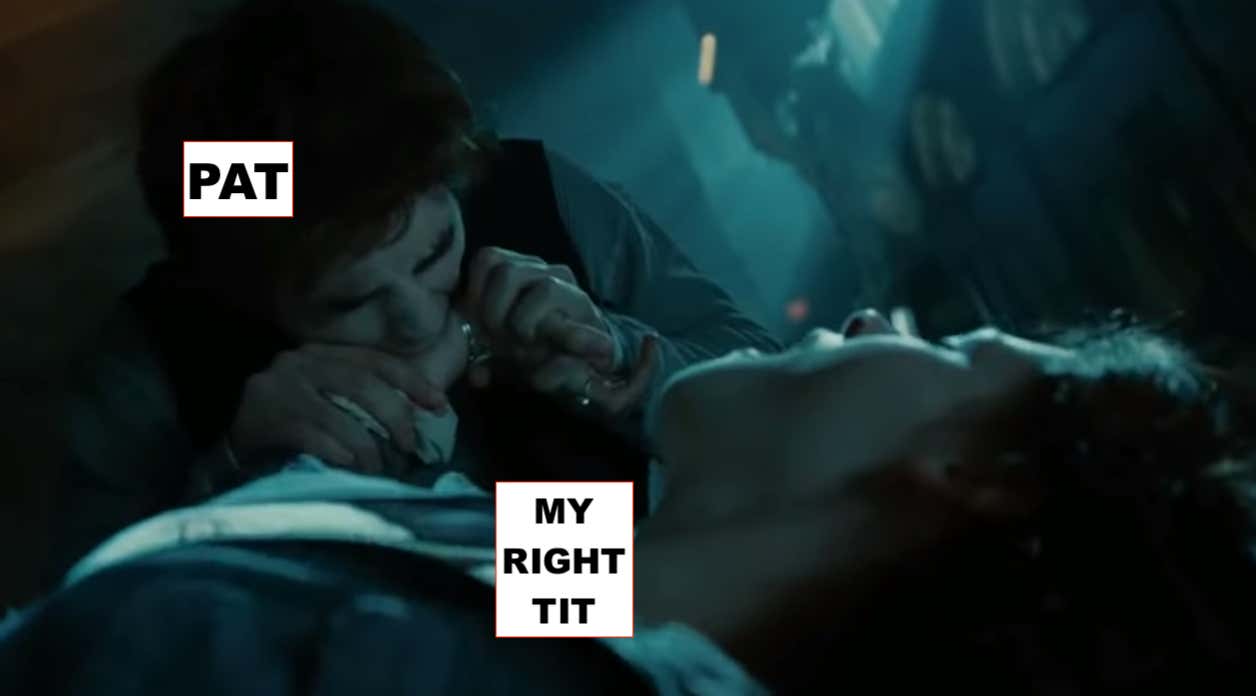 In the end I went with what the doctor recommended; antibiotics.. and continuing to breast feed even though it felt like riding a boogie board made of cheese graters in a grainy, salty sea of Jalapeno sauce. My boob was so swollen the baby was basically an ant trying to bite a bowling ball while I squirmed in literal agony. I've been pepper sprayed before and I would take that over this any day. Later on Pat (baby dad) had to squeeze my arms & remind me to breathe as I tried to pump milk & get the kinks out. Several days later I'm still not feeling 100% and I'm terrified it's going to come back again. Someone in my DMs said this happened to their wife a whopping 6 times… hard pass.

Why did I just share all of that? 1) Easy 'tits headline' clickbait & momma needs clicks because she's been outta the blog game for a couple months & really needs to keep her job & health insurance now. 2) The overwhelming response I got to my posts about the various post-partum difficulties on Insta & Twitter made me realize these struggles are so, so much more common than I thought, & I'm happy to commiserate with any Stoolies out there going through the tribulations of new parent life. You are not crazy - you're just super tired & it's not fun to feel like your vagina is going to explode when you take a dump. (Personally I don't poop, but I get it.) 3) I cannot stop talking about baby stuff. I know many do not care but that means nothing to me, it's a sickness I don't want the cure to. I mean look at this guy…

Some other notes while you're here:

In no particular order here's the top 10 mindless background-noise shows I'd recommend to any new parents in the blur stage. You want shows that even if you miss big chunks or you're half zombie-mode, you're not really missing anything:

6. Houses With Above Ground Pools In Suburban Philadelphia Bargain Hunt

Mistakes I've made so far: 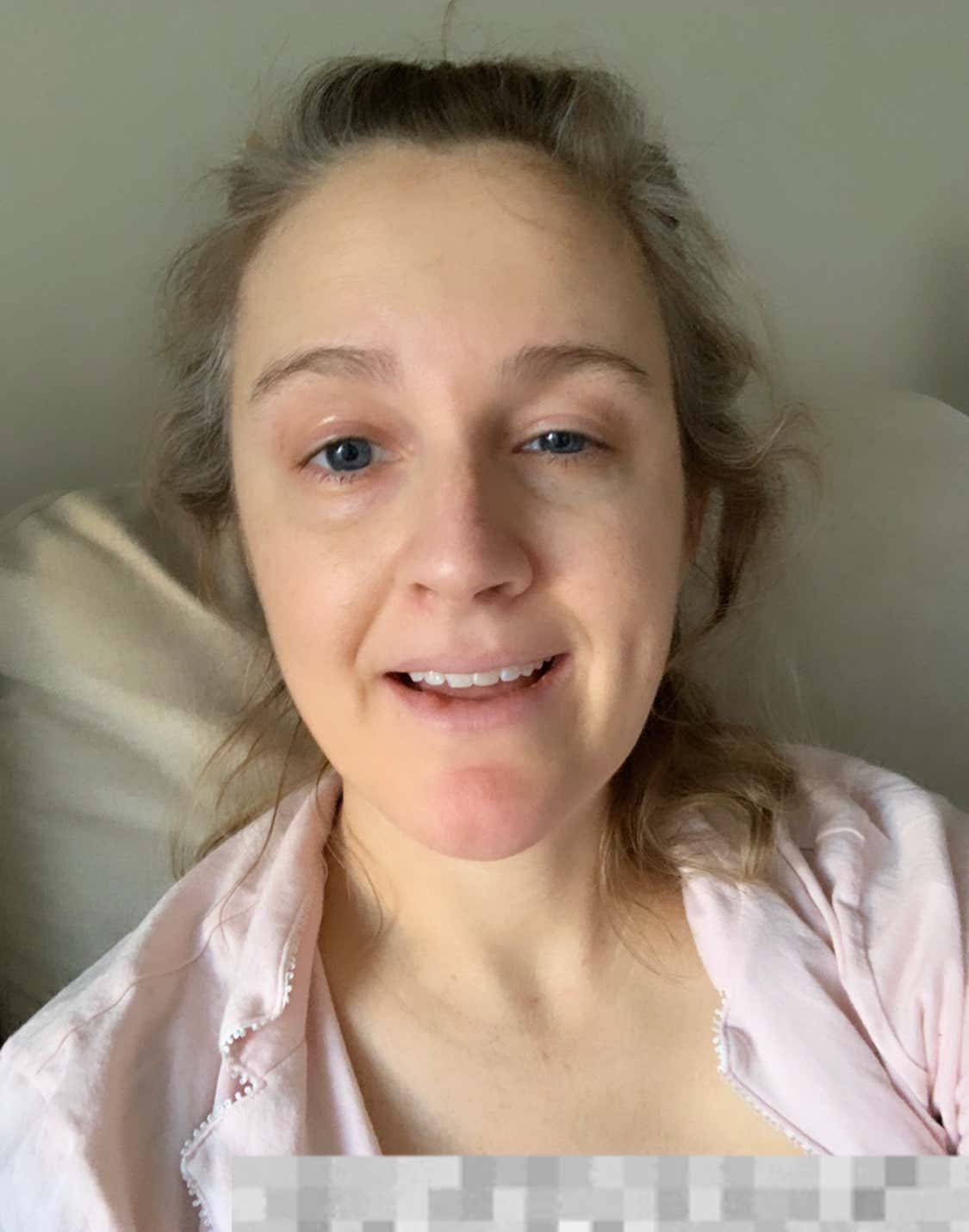 - Bonked his fragile, little skull off my wonky tooth when he was wobbling around (don't trust any display of neck strength at first)

- Laid him down too soon after feeding, sending a shot of vomit a solid 5 feet in the air over my shoulder and down my back

- Didn't realize bottle nipples have 'speeds' & was giving him a '3 speed' his first few weeks of life (essentially a beer bong speed), and couldn't figure out why he kept puking

- Fell asleep with him in my arms late at night (#ActuallyBad… you are so, so tired it's hard not to nod off sometimes, I set alarms on my phone now just to keep myself alert)

I'm sure I'll be making many more mistakes along the way, but I've never been more excited about life and to show my son all the things I love about it as we go (hiking, tailgates, cigs indoors, Aunt Peg's chicken parm, etc.) I'm also excited to be back at work… it's nice to be at a place where you actually miss your coworkers.

(Speaking of, if anyone in North Jersey wants to babysit the world's cutest human, hit me up. The daycares are all waitlisted bc everyone's going back to work with the vaccine and turns out it's tough to type with a baby on your boobs, even when they're not messed up. Will pay you in #nooners.)

Anyways, I know this blog was a little all over the place but I felt it would be odd if I didn't acknowledge the huge life event I had, and it wouldn't be genuine of me to not overshare as I love to do. Without a doubt I'll be writing more on this here & there, and if that's your wheelhouse I hope you follow along (& offer good advice if you've got any, because I for sure need it).

In the meantime, please pray for my tits: 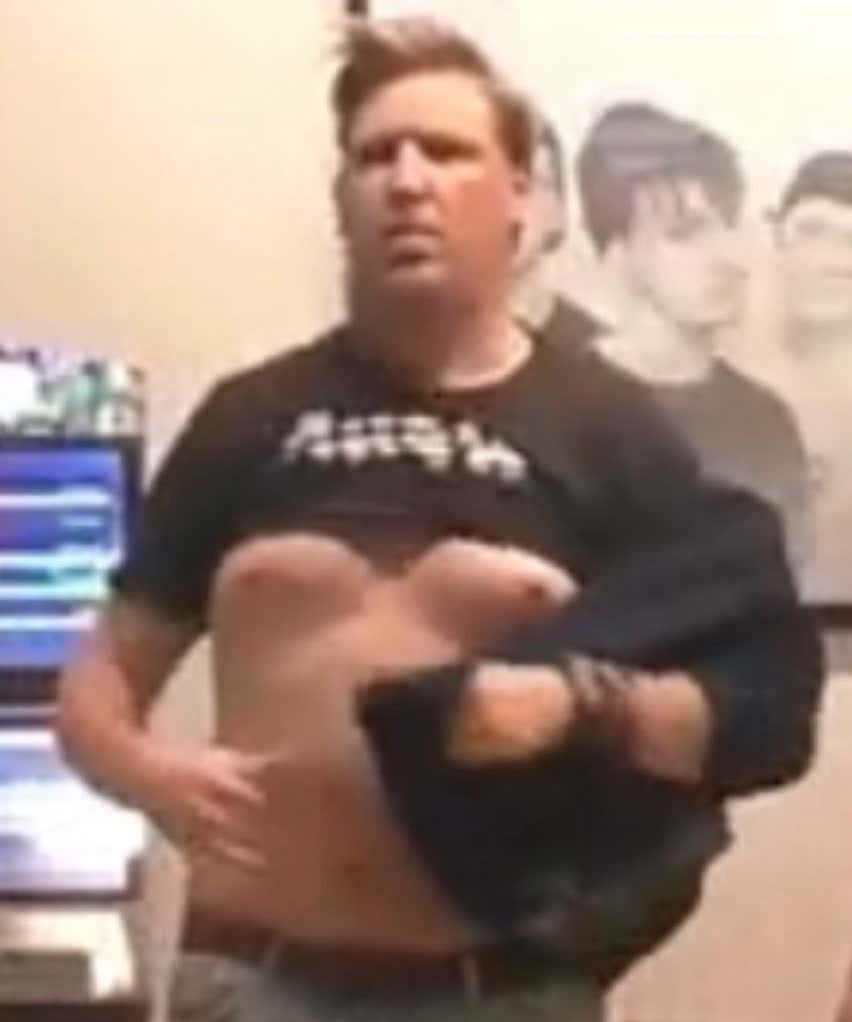