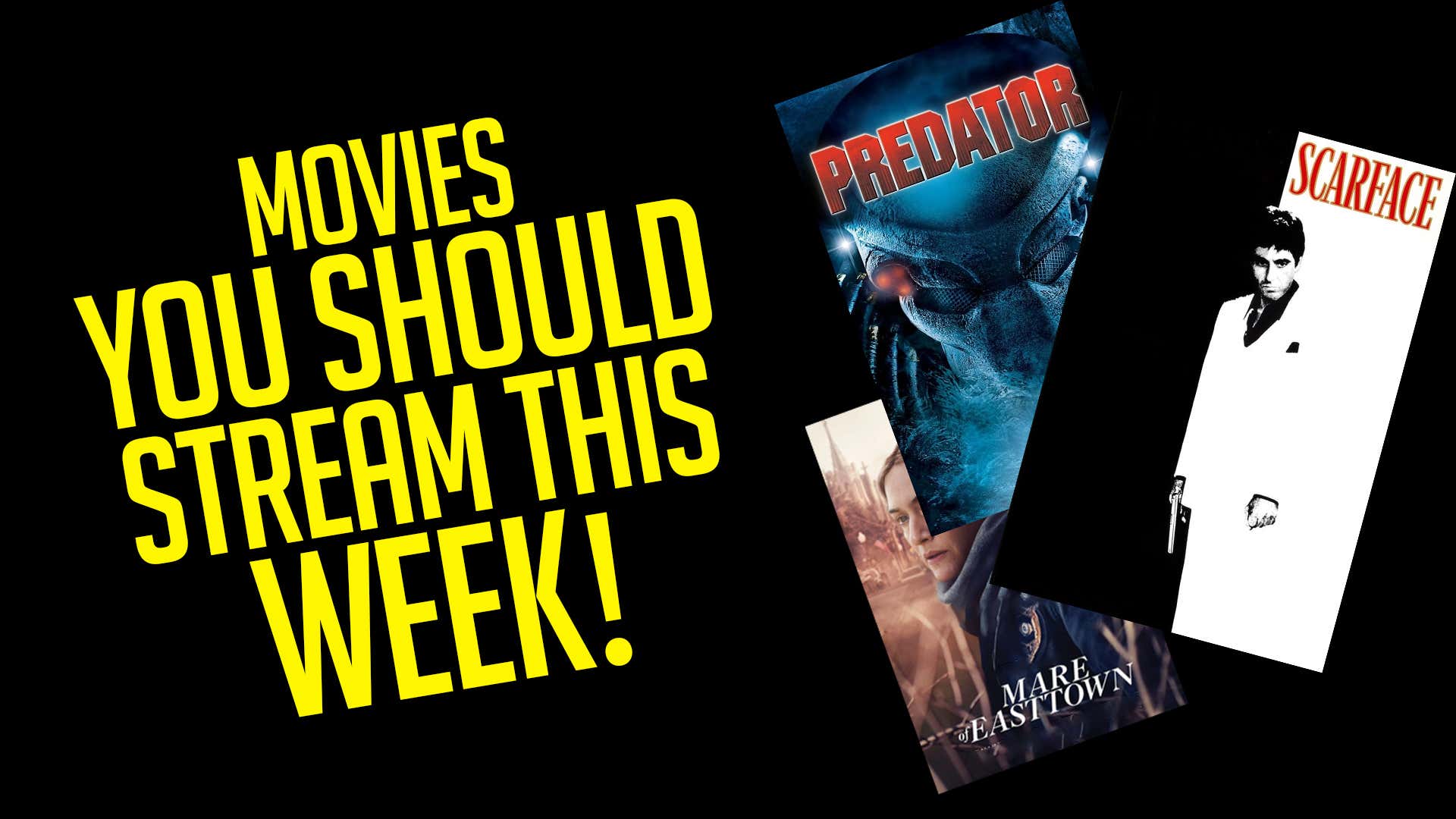 Remember: Use MOVIERANKINGS.NET to find out what to stream and where to stream it

#1. Scarface - NETFLIX - Tony Montana, ICONIC. The poster, ICONIC. The restaurant speech, ICONIC. "Say hello to my little friend", ICONIC! It is an outstanding crime drama that is basically required viewing for fans of Pacino, crime movies, or just good movies in general.

#2. Mitchels vs. the Machines - NETFLIX - You can read my full review HERE, but TLDR: It is really fun, quick and visually stunning. Doesn't matter if you are a parent and want a good watch for everyone or you're a single, 26 year old man named chris, you'll probably like this.

#3 Rush Hour 1-3 - HBO MAX - There aren't many buddy cop duos as effortlessly funny as Jackie Chan's Lee and Chris Tucker's Carter. Not only are all three fast, quick hitting action, but the blooper reels are also hysterical.

#4. Misery - HBO MAX - Stephen King obviously has a crap ton of movies based off his work, but I personally think that this is the best followed closely by Carrie. James Caan and Kathy Bates are an insanely good duo, and the former scared the SHIT out of me when i first watched this as a kid. Plus, this is a little more grounded which makes is scarier IMO.

#5. Hot Fuzz - HBO MAX - I gush about this, Shaun of the Dead and basically everything Edgar Wright all the time. It's very british-ey, so if that isn't your bag you can avoid it for sure. For eveyone else, I think you'll find it hysterical. It's leaving HBO MAX at the end of the month so catch it now.

#7. Instant Family - HULU - This movie definitly stuck up on me to be one of the more pleasant movies of 2018. Marky Mark and Rose Byrne have great chemistry and the movie just has a ton of heart. Personally, I'll always love that in any movie.

#8. Bottle Rocket - PRIME VIDEO - It doesn't matter if you've never seen a Wes Anderson movie in your life. When you're born, biology determines that either you are a Wes Anderson guy, or you aren't. If you are, you're gonna love this movie. It's one of his earliest and the Wilson bros kill it in this crime-comedy mashup.

9. Layer Cake - PRIME VIDEO - Speaking of crime comedy, Layer Cake rules. It's from Matthew Vaughn so you know it has that Guy Ritchie vibe, and this has a killer performance from Daniel Craig in what I assume was the main part of his demo reel for James Bond. Cool plot, funny lines and solid action.

#10. Mission: Impossible 3 - PARAMOUNT PLUS - This isn't the best in the franchise at all, but Philip Seymour Hoffman's bad guy in this is so fucking good. Plus, maybe we just underrate it since 2 of the 3 that came after this one were so much better. That doesn't mean MI3 was bad!