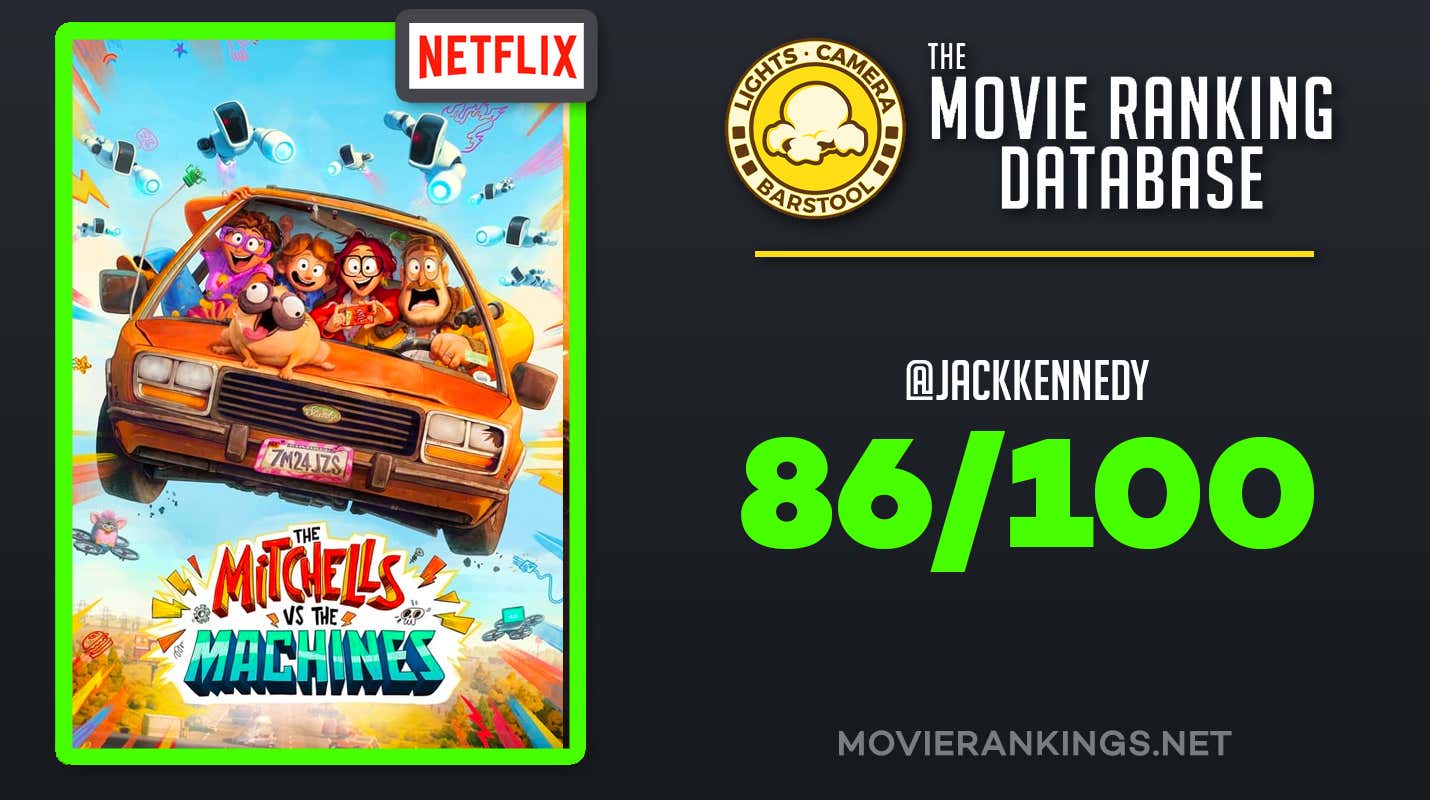 I like this movie a lot. It has heart, a fun plot and a really vibrant animation which makes it such a pleasant watch. It’s a little cookie cutter and predictable, but this wasn't a movie meant to trail-blaze in the way that something like Spider-Verse (another Lord & Miller movie) was. I think it aimed to showcase family fun and to that end, it is absolutely a success. I also think it's a movie truly built for the zoomer age in how it is so rapid fire in execution, constantly reclaiming attention span.

On the technical side, it's hard to hate a 109 minute long movie that doesn't miss a single note. I love the dialogue as well because the quick-hitting comedy style is complimented by the visual style really well. The back and forth with the robots, voiced by Fred Armisen and Beck Bennet, was specifically hilarious. This humor plays well for kids and adults at well, with some of the stuff designed for the latter being infared for kids which is always a plus. All of that said, the movie is definitly  missing something to take it into that next tier. I don’t know if a more unique plotline would be that or what, but it did feel like I had seen this movie before.

From an acting perspective, I think the voice cast was very solid. Abbi Jacobson is someone that most people know from Broad City, but I know better as the lead voice in Disenchantment. She was really good in this role, and her relationship with her father Danny McBride was awesome. Speaking of which, it even took me a while to realize it was McBride. Like, until halfway thought the movie basically. Also, I really enjoyed director Mike Rianda as the younger brother, Aaron. The adult voice for a weird kid always makes me laugh.

Overall, it is fun, quick and incredibly well animated. It's good for the whole family and has something to offer for people of any age group. If you're tentative, just remember this is from the producing crew of Lord & Miller who did Spider-Verse and 21 Jump street. That is good insurance that you're going to enjoy this.

SPOILER: Doing the credits by using pictures of the cast with their family was a wonderful touch.