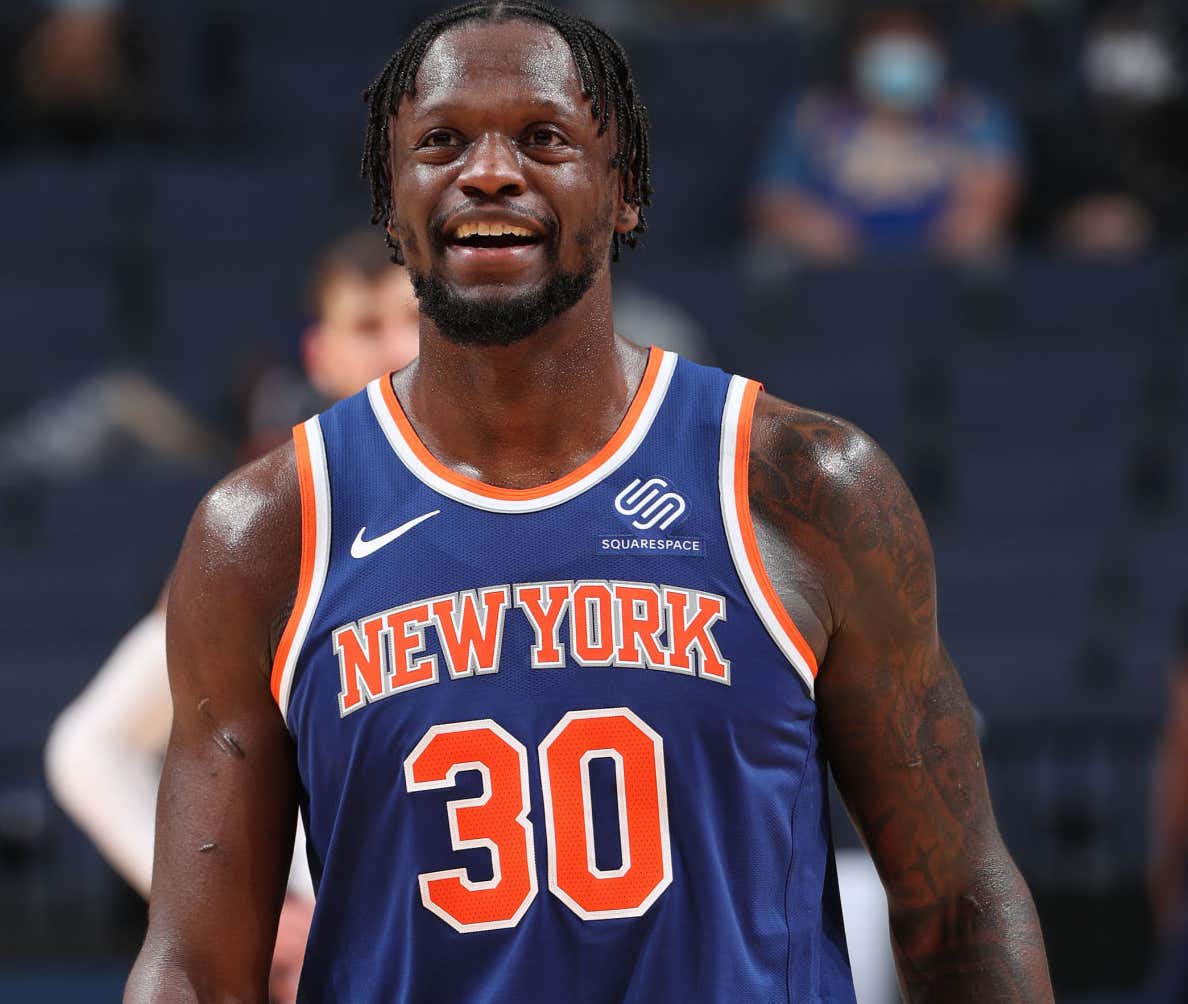 Absolutely wild, man. With their win tonight the Knicks clinched their first winning season in EIGHT YEARS. Their season total over/under was 22.5! To be honest I didn't think tonight was going to go too well. Road game on a back to back without Nerlens and it just didn't matter. Taj played awesome in extended minutes with 6 points, 12 rebounds, and 5 blocks. Fucking Taj Gibson continues to produce in the year 2021 all because Thibs is a wizard who makes everything work.

Julius Randle did what he does every single night with a 28-6-6 line. Dude's unreal. I've said it all year long, but Randle deserves MVP votes. They only do top 5 in the NBA, but he deserves that recognition and it's not an exaggeration in any way. Night in and night out he just does shit like this and it's a big reason why the team is the 4 seed and 9 games over .500 this late into the season.

It's insane how good Rose has been this season for the Knicks. Probably the best ball he's played since the ACL injury. The Knicks do the same thing every game where Elfrid goes about the first six or so minutes, things don't look overly great and then Rose comes off the bench to ambush the opponent. Then IQ checks in to begin the 2nd quarter and it's an avalanche. It's all Thibs. If you're playing this team and lose the minutes that Elfird plays you will lose by 30. They bully you into submission on defense, and lately have been scoring a ton too. It's such a refreshing brand of basketball to watch. The chemistry is off the charts and everyone is hungry to win. Four games left in the road trip with Denver up next. Win any of those four and this is a perfectly acceptable road trip. I think they can split the LA games and win one of these Denver/Phoenix games to be honest. You know they're going to head into every game truly believing they can win and it's what's gotten them to this point. They all believe. They've all bought in.

Playoff basketball at MSG is going to be so awesome. Tickets are going to be a zillion dollars but how can you miss this? Let us pack it Cuomo!