The Philadelphia Eagles already went out and added a massive weapon to the offense for Jalen Hurts to work with next season when they took DeVonta Smith with the 10th overall pick in the draft. But you and your entire existence is on clown mode if you think the Eagles were just one weapon away from being actually being a decent football team. Jalen Reagor is still unproven. It's only a matter of time before Zach Ertz is traded. And honestly the best thing that JJ Arcega-Whiteside could do for this team would be to retire. So it's safe to say the Eagles are in need of at least one more sure handed pass catcher.

So why not recreate the Blockbuster smash hit feature film "Invincible" starring Marky Mark Wahlberg and invite this dude to try out for the squad. 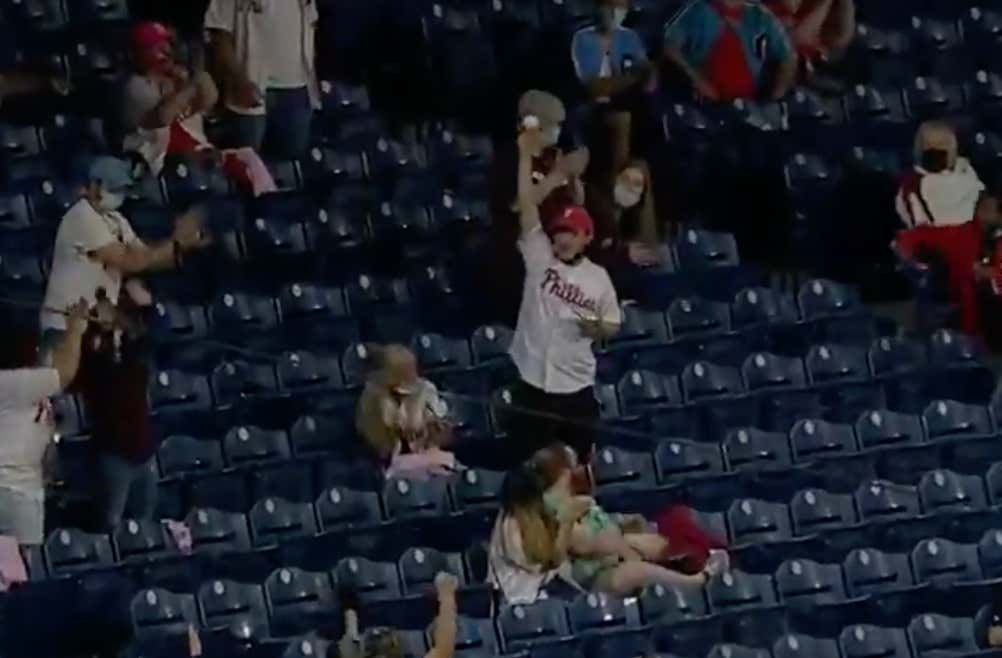 And obviously the biggest accomplishment here is that buddy didn't drop a single scoop of ice cream whilst making that snag. Even after the one dude from a few rows over came over to congratulate him on the catch with a healthy smack to that left arm. That's ball security right there. Kept that ice cream high and tight the whole way. It would have been horrible to see such a sick catch be immediately ruined by an inadvertent ice cream fumble, but this man wasn't playing around.

Also, you have to imagine that he's going to have some dad strength on the way in 9 months from now after not only making that catch but also giving the ball to the lucky lady right away. Hands of silk, heart of gold. What a legend.

Sidenote: The city of Philadelphia is known for greasing the poles for major sporting events. But I think it's time for Citizens Bank Park to start greasing the railings at the homerun wall to make sure that shit like this never happens to Rhys Hoskins ever again.

Gotta be able to get a better bounce than that in your home ballpark. Grease those railings and let that ball just slip its way over the fence to a game tying 3-run dinger.