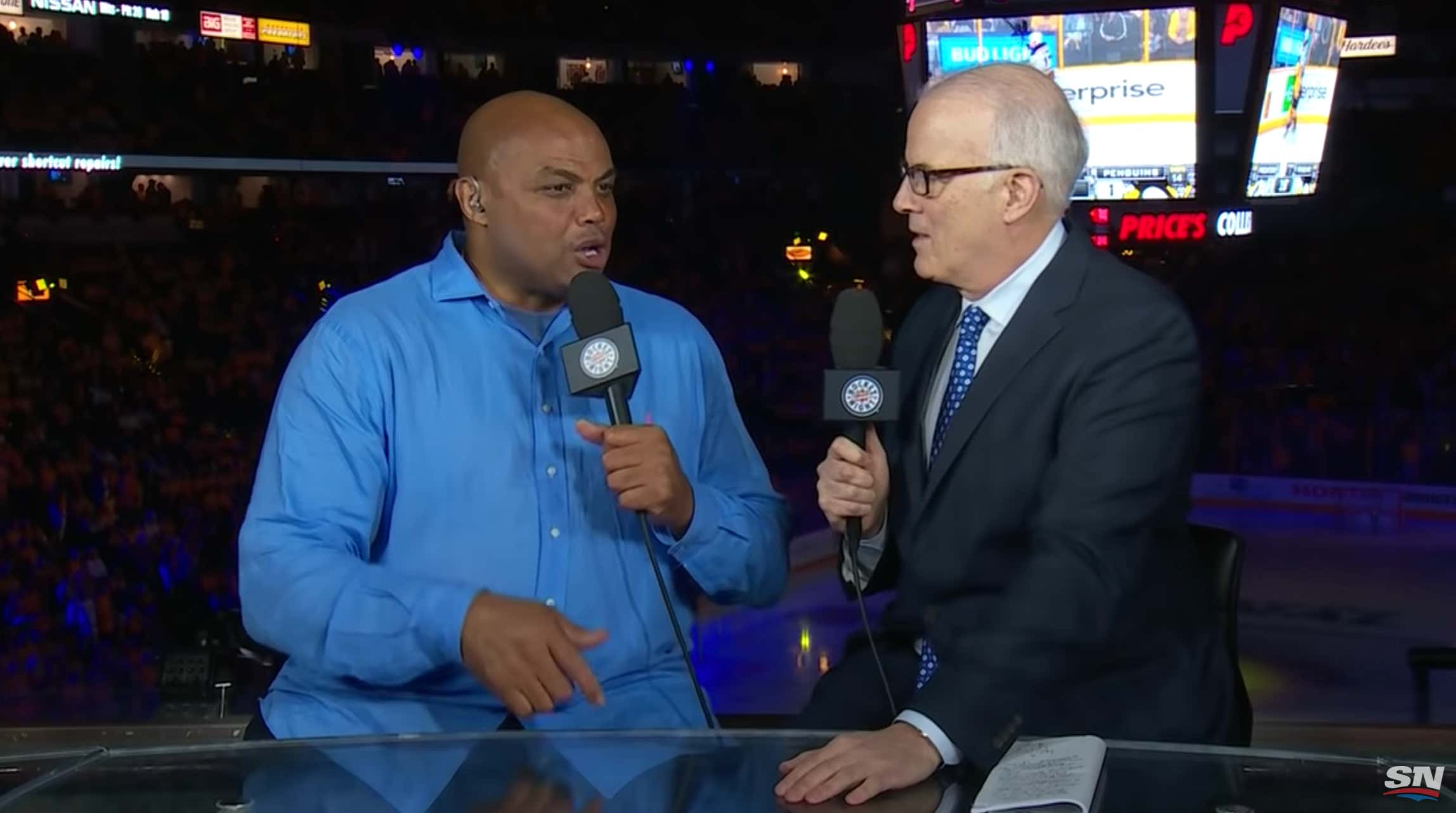 First and foremost, RIP to the NHL on NBC theme music. Without exaggerating, I'd be willing to bet that this is the #1 song that I've listened to the most in my life.

The NHL had been on NBC since, when? 2005-06? So that is 15 years of listening to this song. I have plenty of songs that I listen to pretty frequently but for 15 straight years? Doubt it.

But we've known for a while at this point that ESPN and Disney had acquired most of the broadcasting rights for the NHL moving forward. There was still a secondary package that was up for bidding but apparently NBC couldn't keep up with Turner and had to pull out. So now for the next 7 seasons, it looks like we'll be seeing the NHL on TNT. Which means one thing and one thing only…

GIVE US HOCKEY NIGHT IN AMERICA WITH CHARLES BARKLEY.

If we don't get Chuck in the booth then I truly don't understand what any of this is for in the first place. We'll have Stephen A. Smith screaming to Max Kellerman about puck on the worldwide leader, and then Sir Charles will be chopping it up with the boys during the intermission reports. He's a genuine fan of the game and it's like not like he could be any worse than Mike Milbury was, and we put up with that fuckhead for ages.

I'm also super interested in that last little bit about the HBO Max element. If that means we're going to be able to tune into some broadcasts where the teams are mic'd up and they let all the curse words fly? Well then I'm all the way in. Maybe this also means we'll get the original 24/7 back with Liev Schreiber. I'd complete if that were the case.

I gotta be honest, I have no idea about the business side of this deal one way or another. I'm not a money guy. I don't know if $225 million per season is great or if they just got fleeced. I have no idea if the league is going to get more exposure on Turner than it would on NBC because I don't know any of those numbers. So from an absolute idiot's point of view, the only thing that really matters to me here is that we get Charles Barkley on the broadcasts. Anything else and you're just wasting my time.