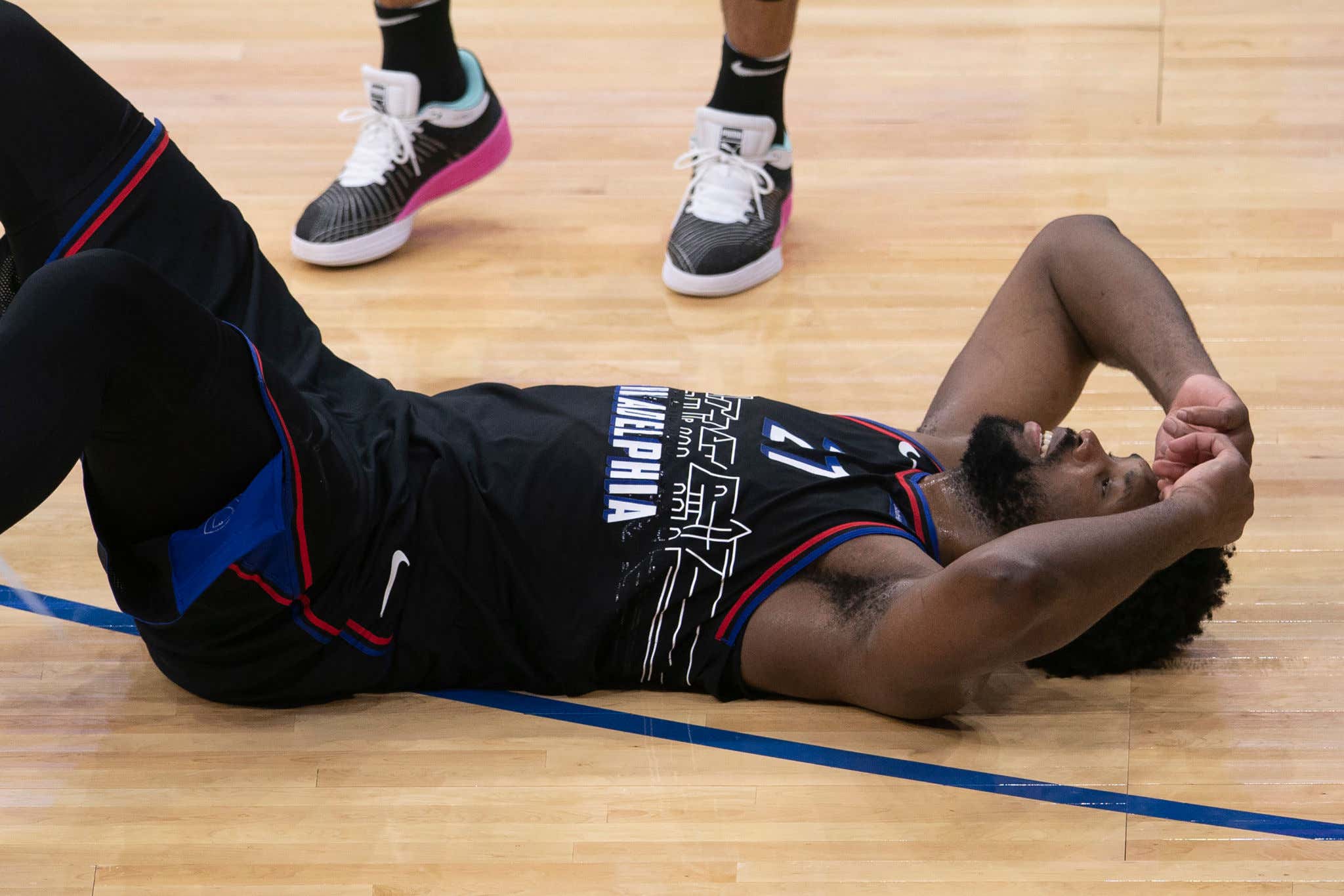 Poor Joel Embiid, man. There's nothing worse than a disappointing rimmer, and JoJo has been on the wrong end of far too many in his career so far. First up let's start with he who shall not be named hitting one of the most memorable shots in NBA Playoff history over Embiid in Game 7 after taking 4 tragically perfect bounces off the rim.

That goddamn shot will haunt all of our dreams forever like Matisse Thybulle will haunt Devin Booker's. 4 separate chances for that ball to brick out of the rim and then who knows what happens in overtime from there. But no. The ball just had to get closer and closer to delivering the dagger with each bounce.

And then we get to last night. The Sixers were playing with half a roster and Embiid could have taken the night off, too, if he wanted. But he has an MVP race to win so he figured he'd go out there and put the team on his back like he's typically one to do. And in the dying moments of regulation with the Sixers down by 3, Joel Embiid chucked up what could have been the highlight of the century.

Granted, that shot would have just forced overtime instead of being for the win. But still. If that goes in, that's a highlight that gets played for the rest of forever. But after taking a bounce off the backboard, a bounce off the front of the rim and then a 2nd bounce off the back, Joel Embiid continues to get blasted in the ass by some of the worst rim job luck ever. The man just can't catch a break.

At some point water has to find its level. At some point you have to imagine the pendulum of luck will finally have to start swinging his way. So maybe he's just getting all the bad luck out now so he can save it all up for the NBA Finals in a few months. Something to think about.