I wrote a blog similar to this 2 years ago but didn't follow up last year because the world was in the throes of a pandemic and I was busy writing up a disclaimer for the short-lived Stock Central show on Sirius POWER 85.

I have some time on my hands this year, so I will give you guys a quick update:

The fifth anniversary of his death is today, April 21st, and from the looks of it, it seems like it’ll come and go without much fanfare, overshadowed by either yesterday’s National Pothead Day or by those who secretly celebrated Hitler’s birthday behind closed doors (also 4/20).

Since I partake in neither of yesterday’s festivities (as far as you know), I am going to carve out just a couple of minutes of your Tuesday evening looking back on The Purple One’s achievements.

More specifically, I am going to rank the Top 10 Women Prince Has Banged.

I think many have argued in the past what song of Prince’s was his best work, and I know his name comes up in yearly debates on where he ranks as the greatest Super Bowl halftime performer.  However, I don’t think he gets enough credit for the broads he left in his wake, so fuck it… Here are my Top 10.

Quick Note(s)- All of these women are also de-facto Asses From The Past (AFTPs) for the simple fact they are either my age or older… Starting with Number 10, who has NO business being on this list EXCEPT for the fact that I “enjoyed” her when I was a young lad.

And all of these photos I had to get off of legal archives because we get sued for just ripping shit off the internet, apparently… So excuse the quality (or lack of).

This is actually a GIF of Tanya Roberts playing "Sheena: Queen of the Jungle" in 1984 since Easton is not much to look at… Particularly during her Pat Benatar phase… 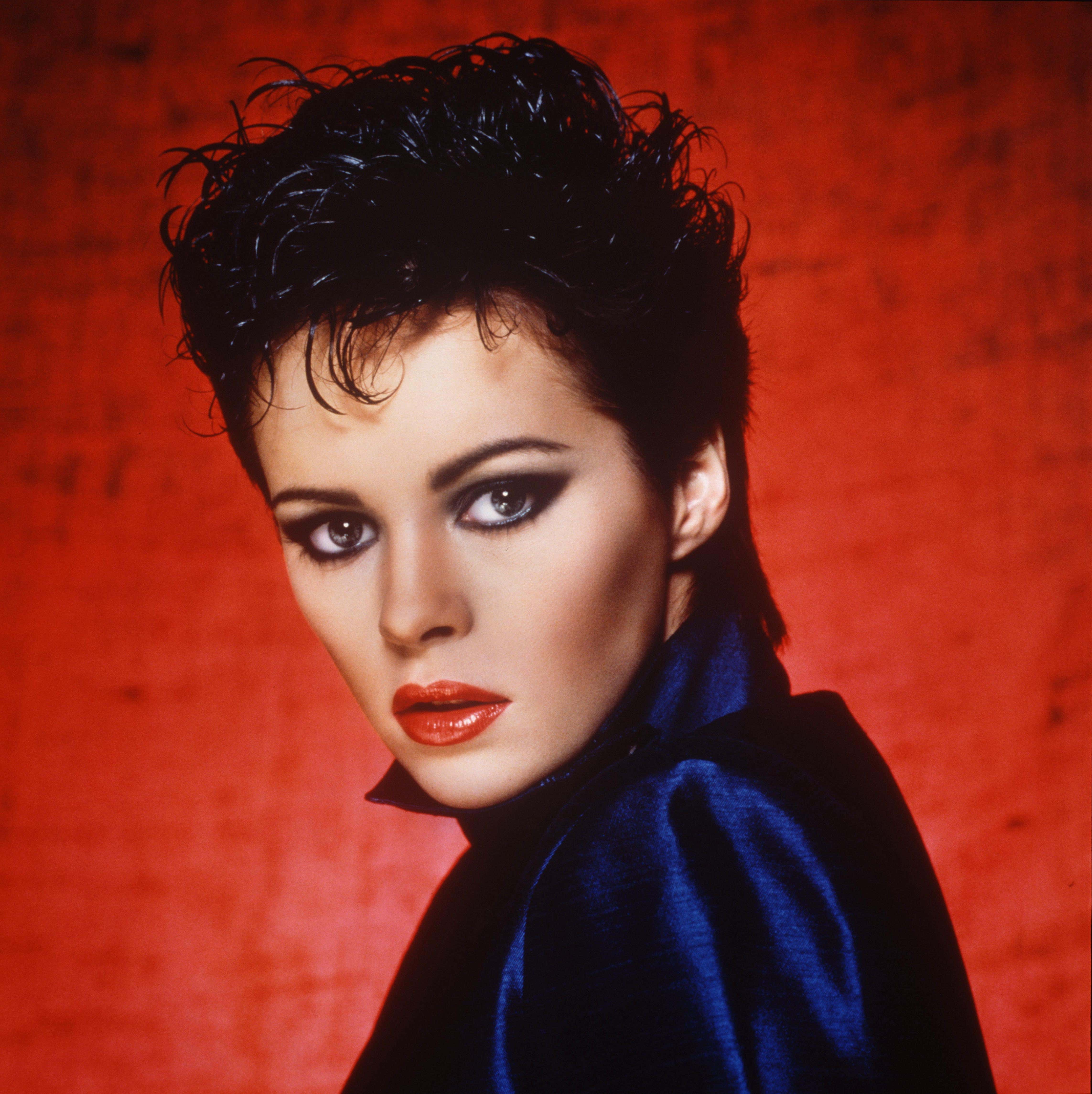 The now 61-year-old Scottish singer collaborated with Prince on a number of occasions and appeared in his concert film Sign o’ the Times.  She also accommodated his penis within her Sugar Walls.

NUMBER 9- Anna Fantastic who was stunningly beautiful as a young woman and seems to still have her fastball as of 5 years ago. 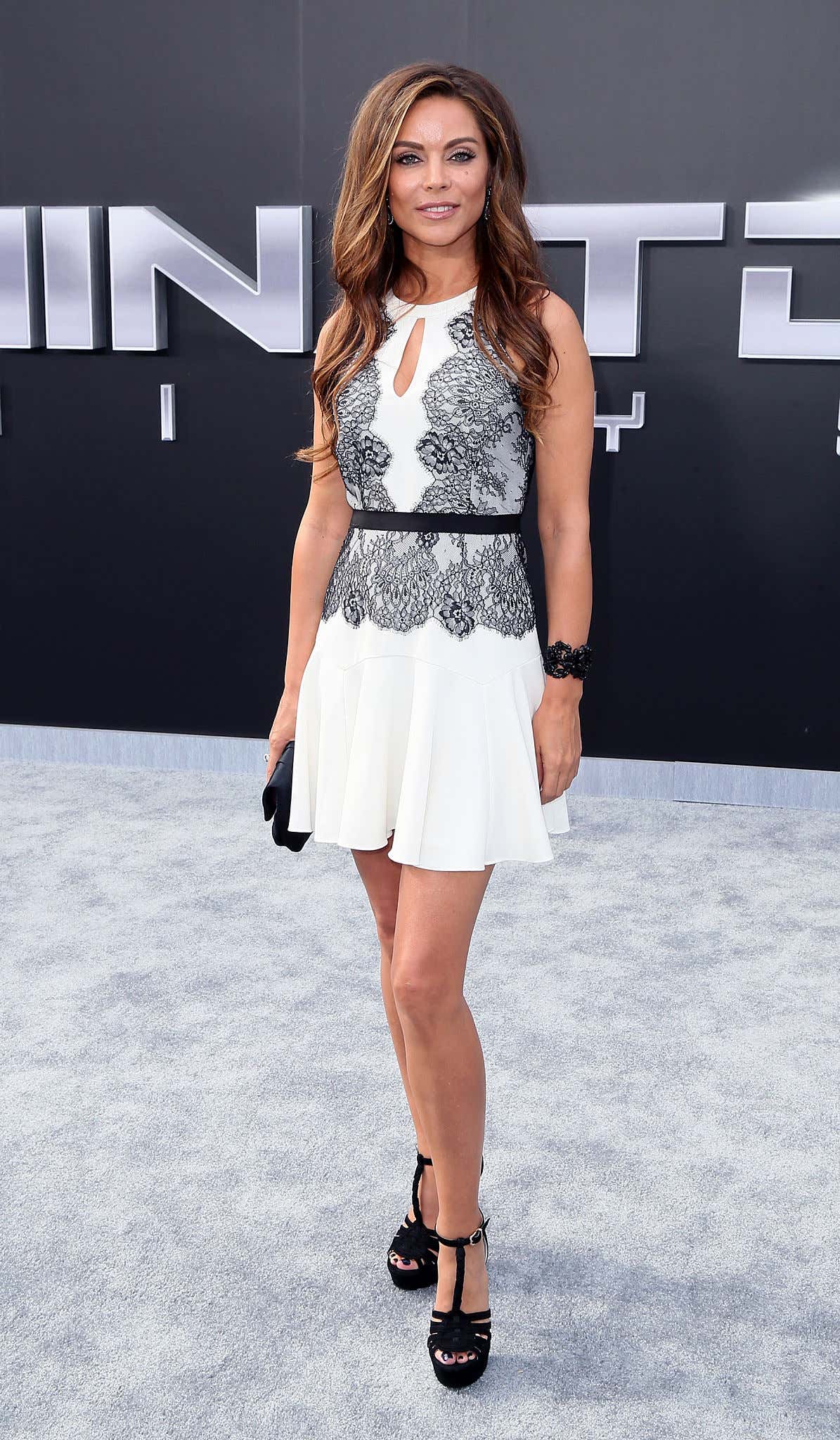 She's also one of three girls on this countdown who changed their name for Prince.

Anna Garcia met The Artist Onetime Formerly Known as Prince at the age of 16 while attending his concert in London.  A year later she was living with him in Minneapolis.

The song Pink Cashmere was written about the jacket Prince gave Anna when she turned 18, but may also be a metaphor for Miss Fantastic’s vagina… We can’t be sure because as I mentioned above, Prince is still dead.

This one is a little personal because the lead singer of The Bangles (and my first Jewish crush) also came along at a time when I was blossoming into manhood.

She is still performing, and at 62 years of age, I think she still looks pretty good… 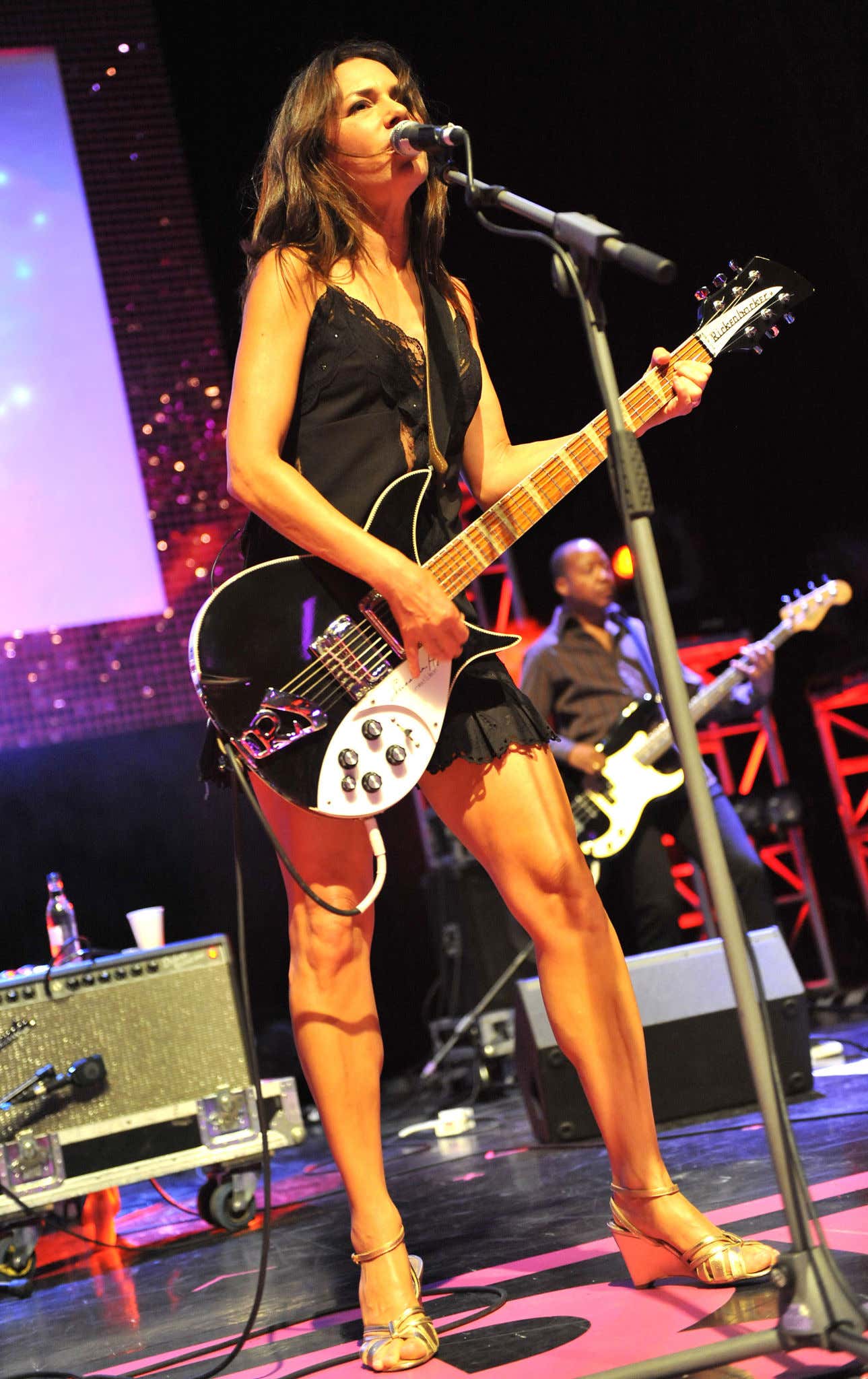 Rumor has it that Prince gave the song Manic Monday, which he wrote in 1984, to Hoffs so that she would sleep with him.  I’d like to think this rumor is false because I don’t like envisioning his grubby little hooves all over poor Suzanna. 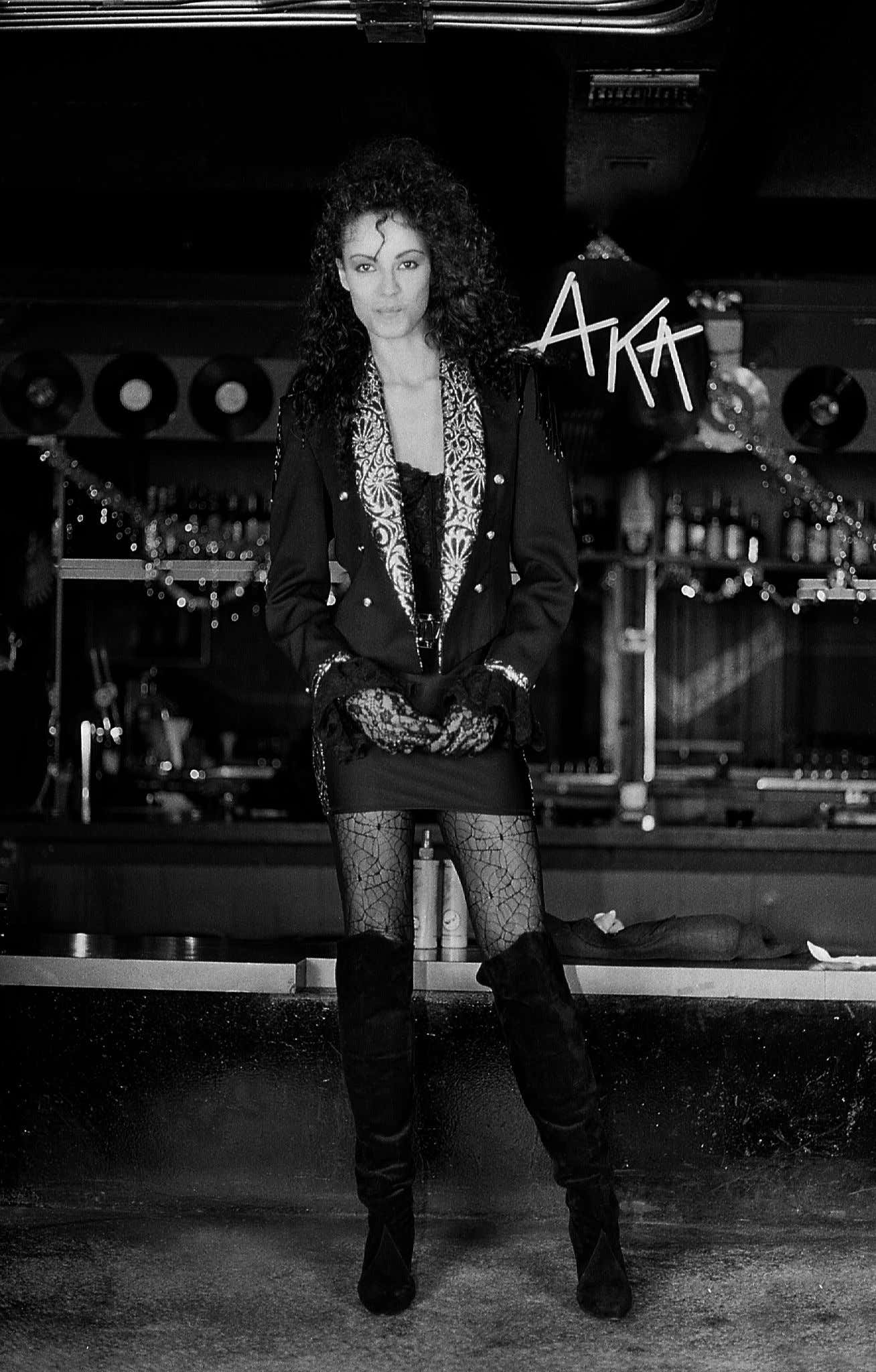 Best known as the girl from Michael Jackson’s The Way You Make Me Feel video, Tatiana is the only girl I know of to have dated both a Prince and a King of Pop. 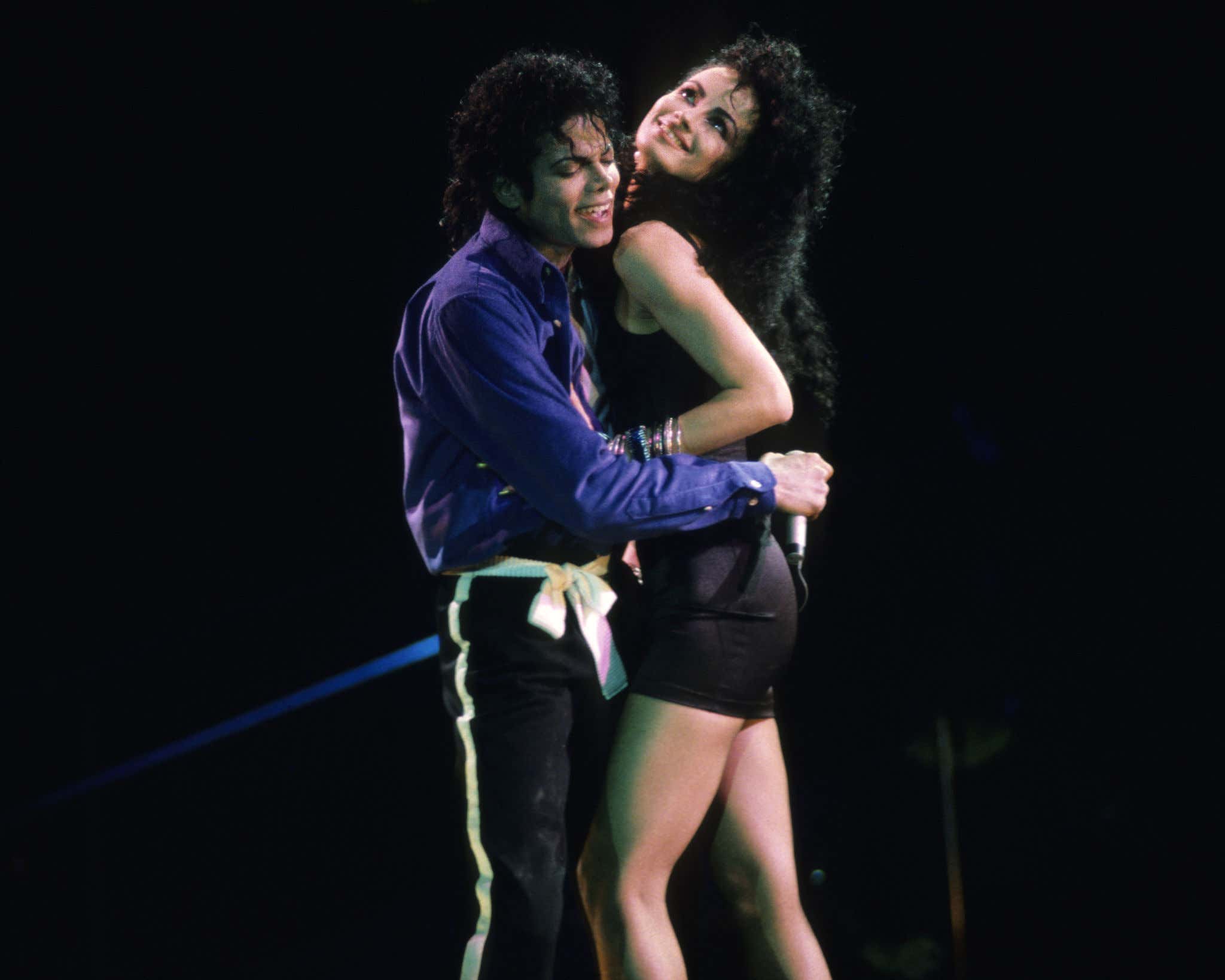 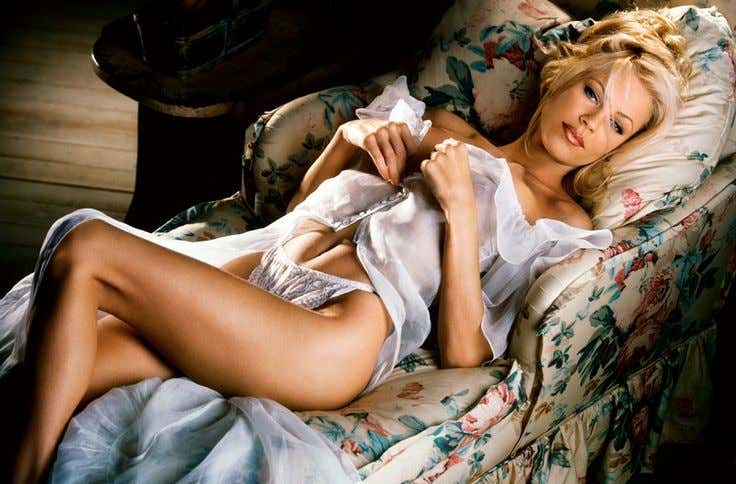 Former Playboy playmate, and now 50-year-old actress/model who is originally from Helsinki, Finland. 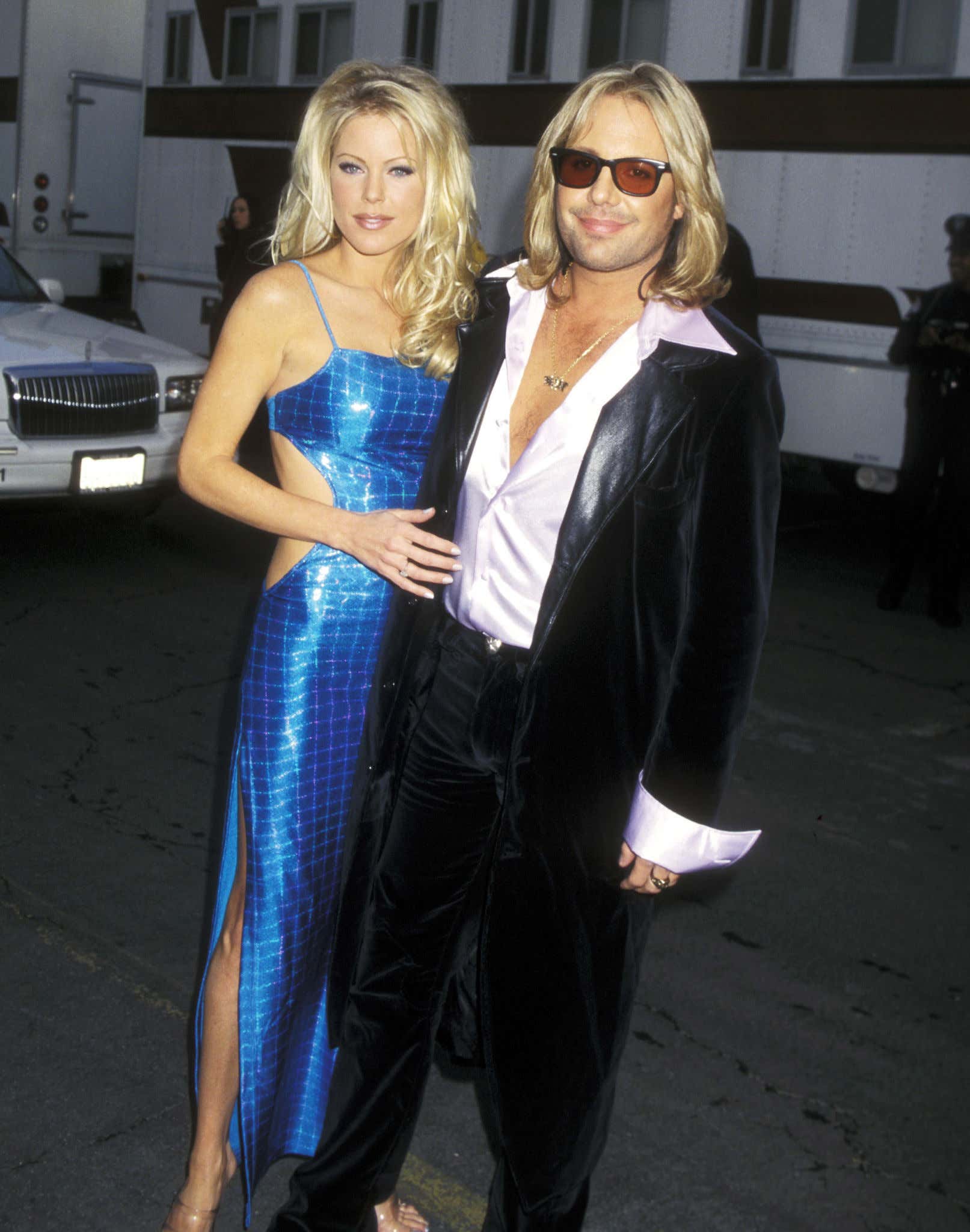 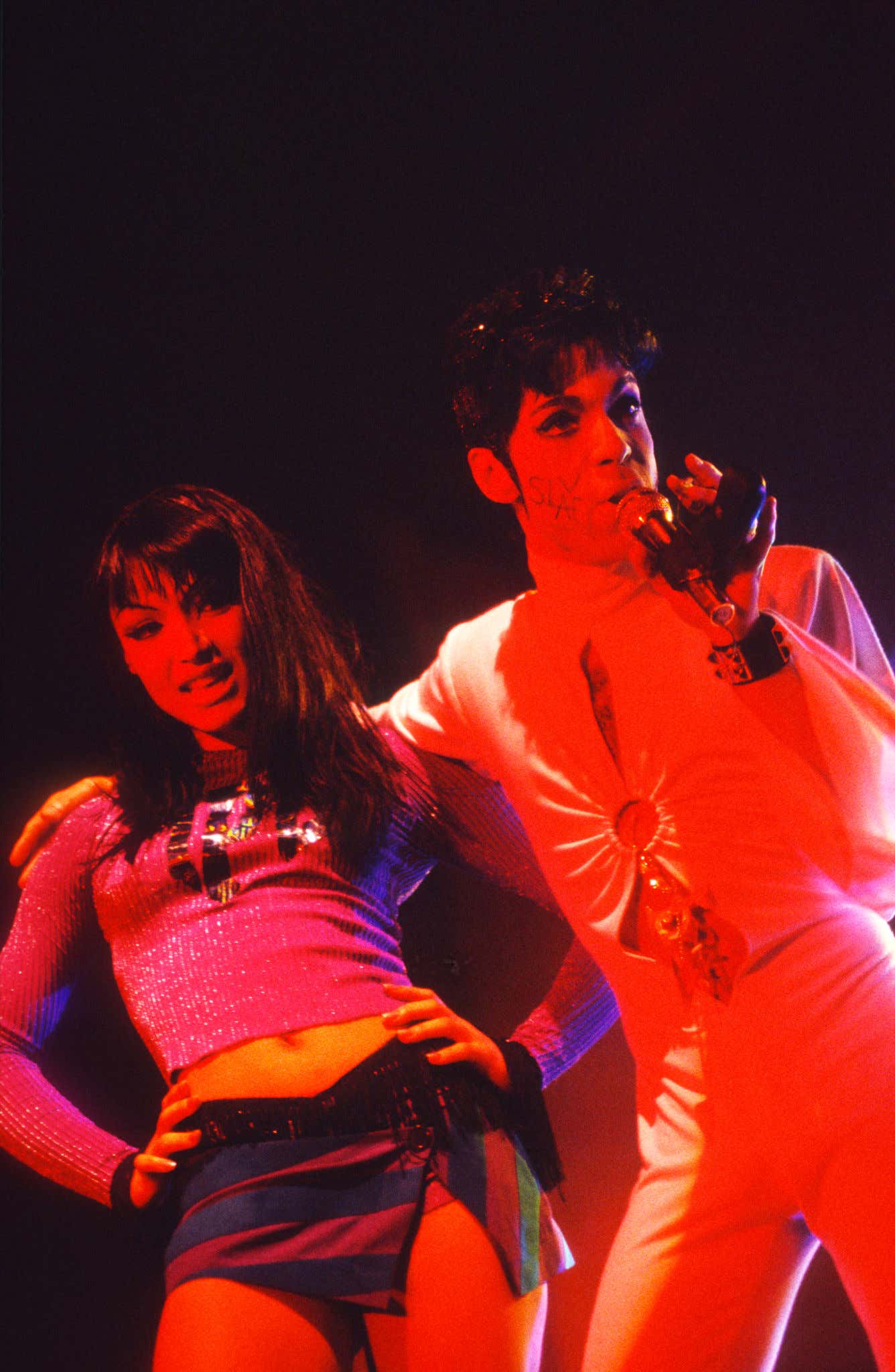 They met when she was 16. They began dating after she turned 18. At 19, she says he instructed her to get on birth control thus beginning their sexual relationship. On February 14, 1996, after a four-year courtship, Garcia married Prince.

Here’s a little downer- Their only child, Amiir, was born with Pfeiffer syndrome and unable to breathe without a ventilator.  He died just six days after his birth.

And here’s something both weird and sad- A week later, the couple were interviewed on Oprah, where they pretended their son was still alive.

And finally, here’s something kinda cool- Mayte is the second girl in a row on this countdown (but not the last) who Motley Crüe got as Prince’s sloppy seconds… She went on to have a 2-year relationship with hepatitis-riddled Tommy Lee. 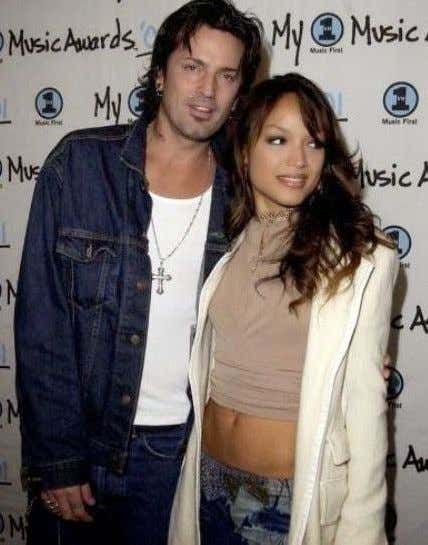 The actress dated Prince around 1989, when she was in Batman.

Together they recorded his fiery EP The Scandalous Sex Suite, Basinger’s contributions to the tracks were either spoken word or orgasmic moans, and there was speculation it was recorded while the pair were having sex.

Former Rams cheerleader and Prince’s love interest in Purple Rain… They dated in 1983.

My only real memory of this young lady was that scene where she got naked and jumped in a lake.  That was the second most famous cinematic topless Apollonia, lagging only the time Apollonia Vitelli bared her breasts for the equally short and tragically awkward Michael Corleone in The Godfather. 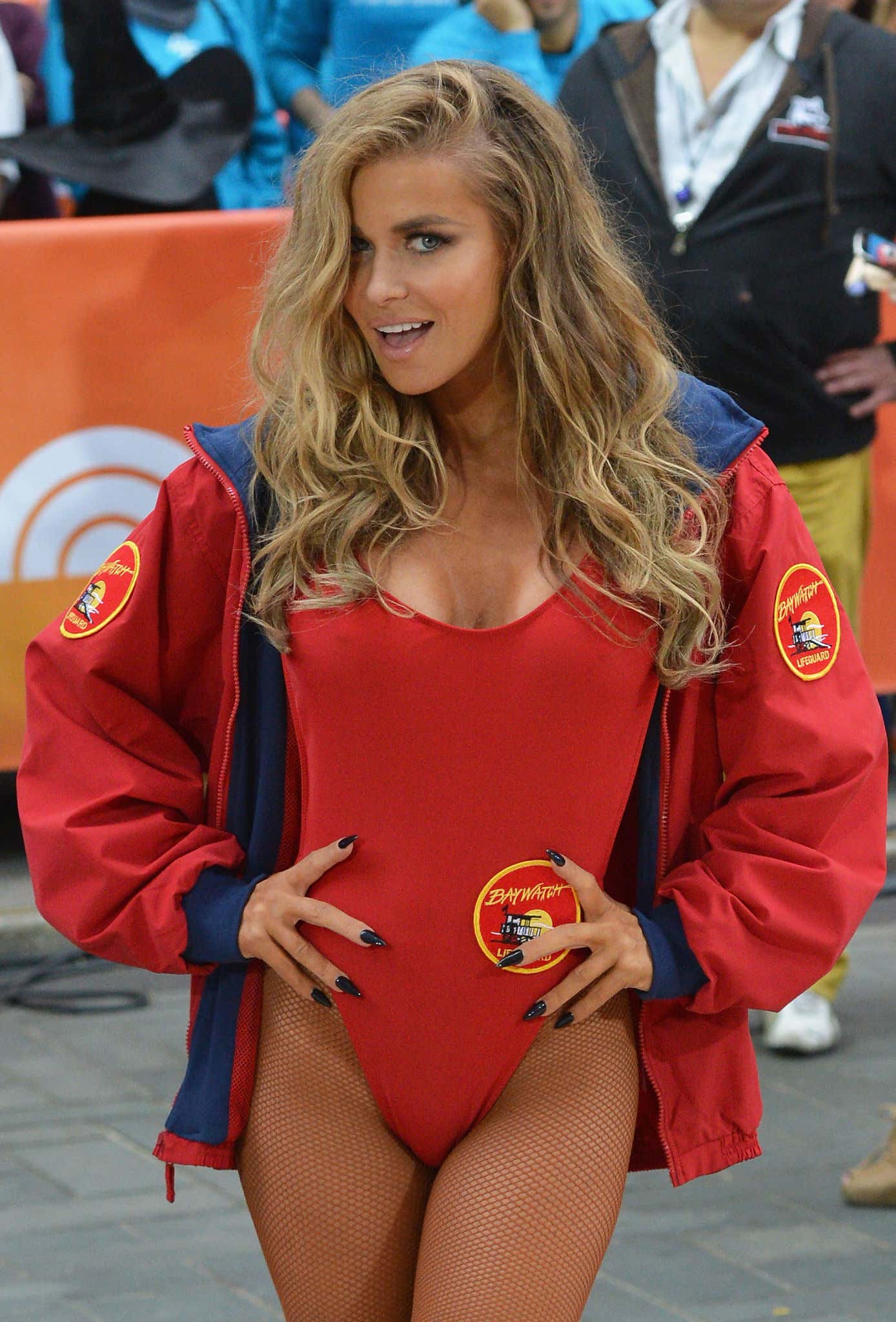 The second of the three girls on this countdown who changed their name for Prince.

They reportedly had a relationship when she was on his record label in the early-1990s while she was still using her real name, Tara Leigh Patrick.

Prince wrote the song Eye Hate U about Electra and their subsequent breakup after he had found out she was cheating on him. 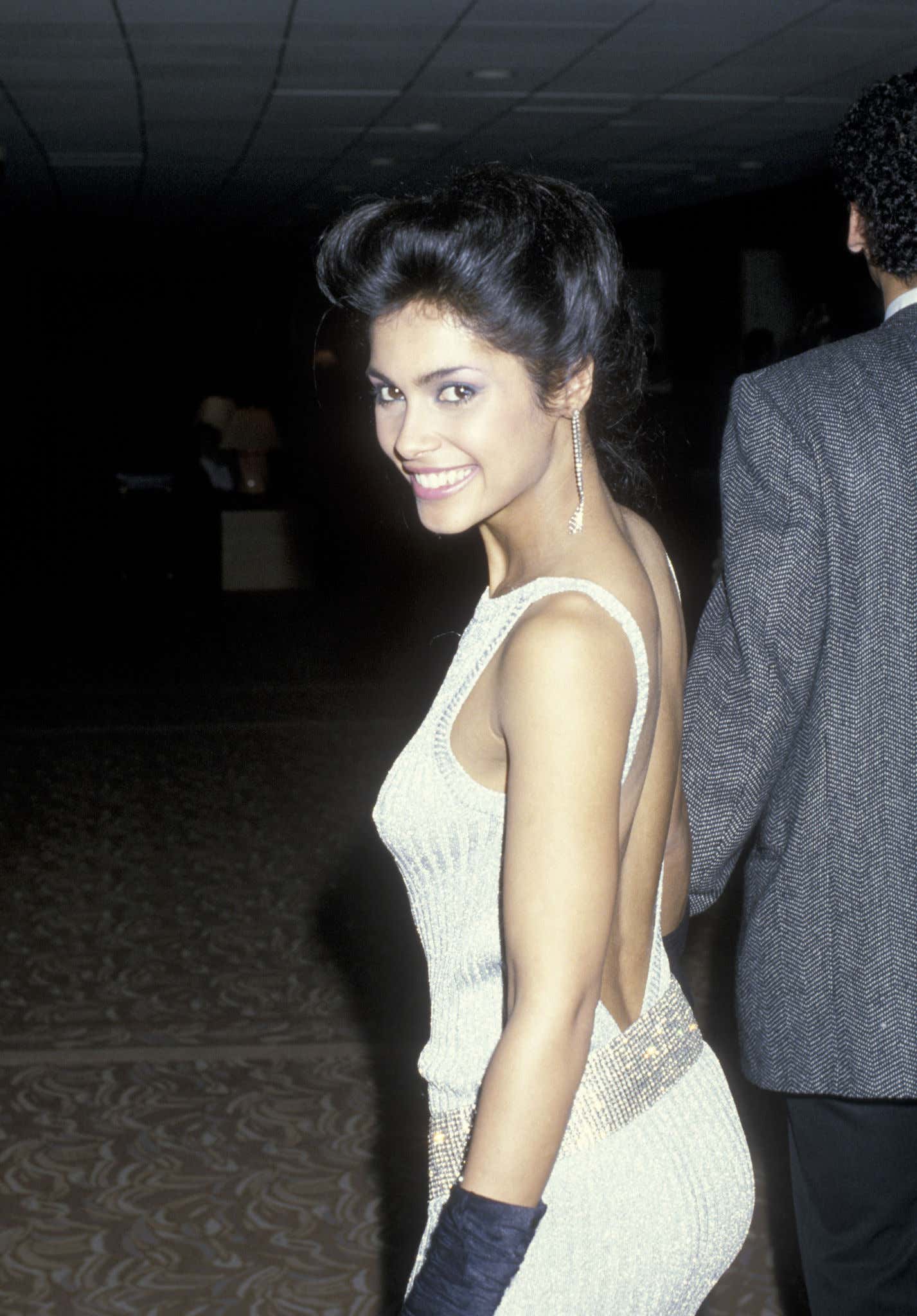 The third and final of the three girls on this countdown who changed their name for Prince, AND the third and final girl on this list that fucked around with a member of Motley Crüe after Prince was finished covering her in protein.

The half-black/half-Jewish Canadian singer/songwriter-turned evangelist was born Denise Katrina Matthews. Prince renamed her Vanity after they met in 1982, as he considered her to be the female form of himself.

I wish I was making this up, but he initially suggested she go by the name “Vagina”, but they settled on a much more benign “V” word. 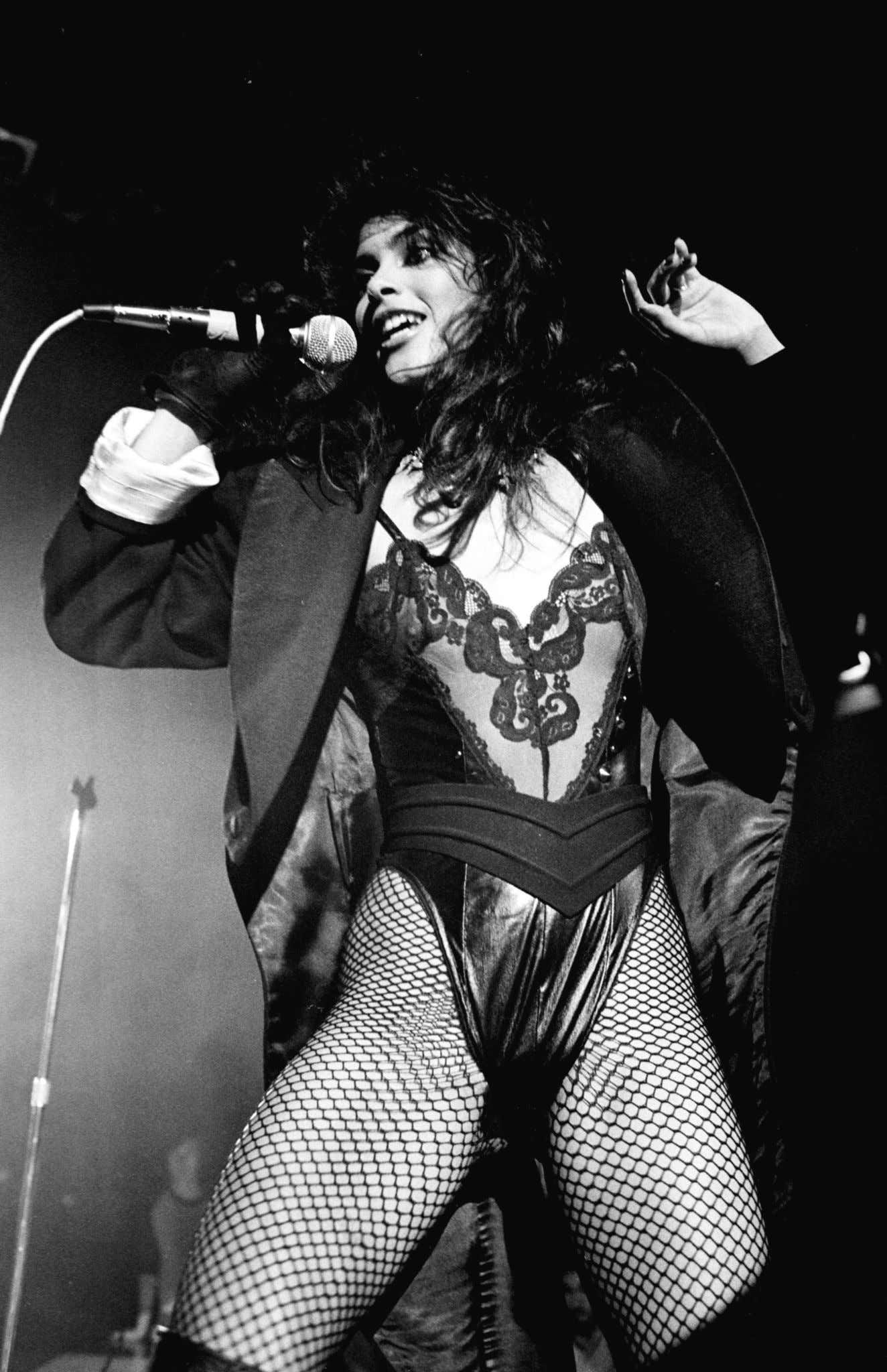 Let that sink in… Vanity, Carmen Electra, and some girl you never heard of before (Anna Fantastic) changed their legal names at the behest of this little goat, AND three of them took the tongue tricks they learned from Prince and used them for entry into the beds, vans, or maybe a pile boxes behind a dumpster of arguably the greatest hair-band of all time.

So there’s Prince’s Top Ten according to me… Does this list hold up to the absolute LEGEND, Leonardo DiCaprio?

But keep in mind, when Prince passed, I was talking about his legacy with my wife when my then 8-year-old asked, “Who is Prince?”

And I answered, “Picture a goat dressed in purple playing the guitar while hopped up on fentanyl.”… And I don’t think I could’ve done a better job with that description. 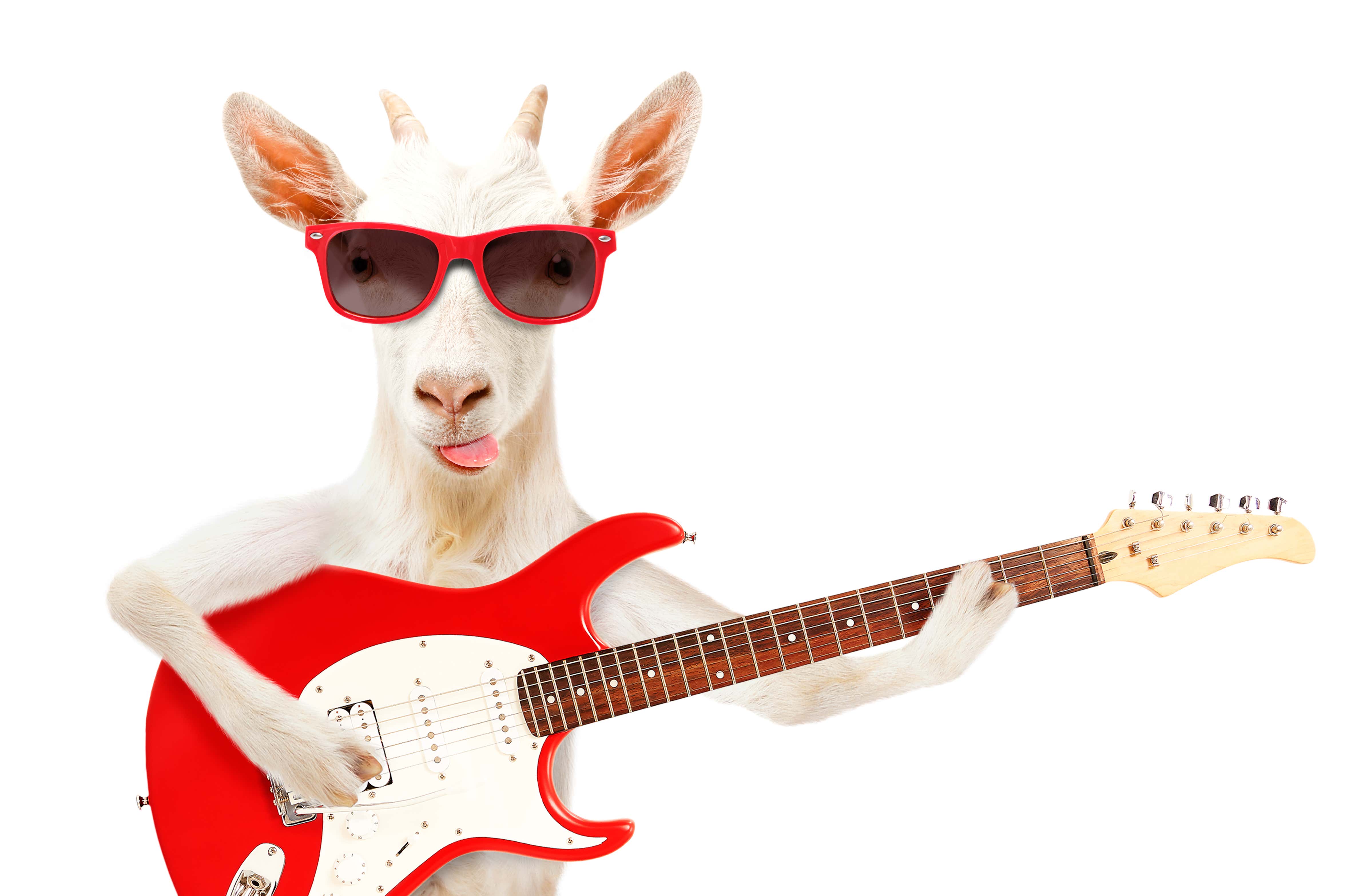 So when you factor in how Prince looked vs the appearance of those who willingly accepted his purple load, then I think you’ll realize that five years ago today we lost not only a great musician but also one of the greatest cocksmen of all time.

Rest In Peace, my sweet prince… And take a report.