In case you're not familiar with the work they do, every year Cambridge is host to the MIT Sloan Sports Analytics Conference. While I don't have data to back this up, the impression I've always gotten is that it is the leading gathering of successful people in America when it comes to not blowing your expense account at casinos and nudie bars.

Instead what they do is hold panel discussions on such hot button topics as, "The Path Forward: Analytics as an Organizational Imperative" and "Building the Ulimate Global Rating System for Racquet Sports." Basically the kinds of conversations that will typically end with someone getting a heavy glass mug smashed over their skulls in normal times. But the 2021 Sloan Conference was apparently done virtually. So the usual bloodletting between those on both sides of the great Racquet Sports Rating System divide will have to wait for another time.

And so it was that somewhere among these highly accomplished, intelligent, inciteful sports industry leaders, someone came up with their annual list of superlatives. Think of your senior year of high school, only where Best Looking and Class Clown aren't voted on by the class, but instead are determined by complex formulas Bill James came up with in his bedroom where human attractiveness is judged according to Value Over a Replacement Hottie and every laugh you get is awarded one Joke Share, with a maximum of three per class.

And so it was that this year's conference produced what is undoubtedly the worst award in the long, sorry history of awards:

Turns out, the trade that sent David Johnson, a second-round pick and a 2021 fourth-round pick to the Houston Texans for Hopkins and a fourth-round pick was named the Transaction of the Year at the MIT Sloan Sports Analytics Conference on Friday.

Hopkins was an instant difference maker for the Cardinals, racking up more than 10 catches and more than 100 yards in two of his first three games with his new team. …

The transaction was named the Alpha Award winner at the conference, which takes into consideration transactions from all sports, including major European soccer. …

The Oakland Raiders are the only other NFL team to win the award for their 2019 trade of Khalil Mack to the Chicago Bears, which began in 2013.

I'm taking nothing away from DeAndre Hopkins, or that trade. I mean, that was a biggie. It totally discredited the Texans organization. Exposed them for the dysfunctional circus that they are. It was the first thread pulled that caused the team to unravel. Got Bill O'Brien fired, helped Jack Easterby seize power and sent Deshaun Watson's rage from a two to a 10.

What it didn't do was … well, any other thing. As opposed to, I don't know, just spitballing here. Not taking too much time to think about it. Just going with the first transaction that pops into my brain. This one: 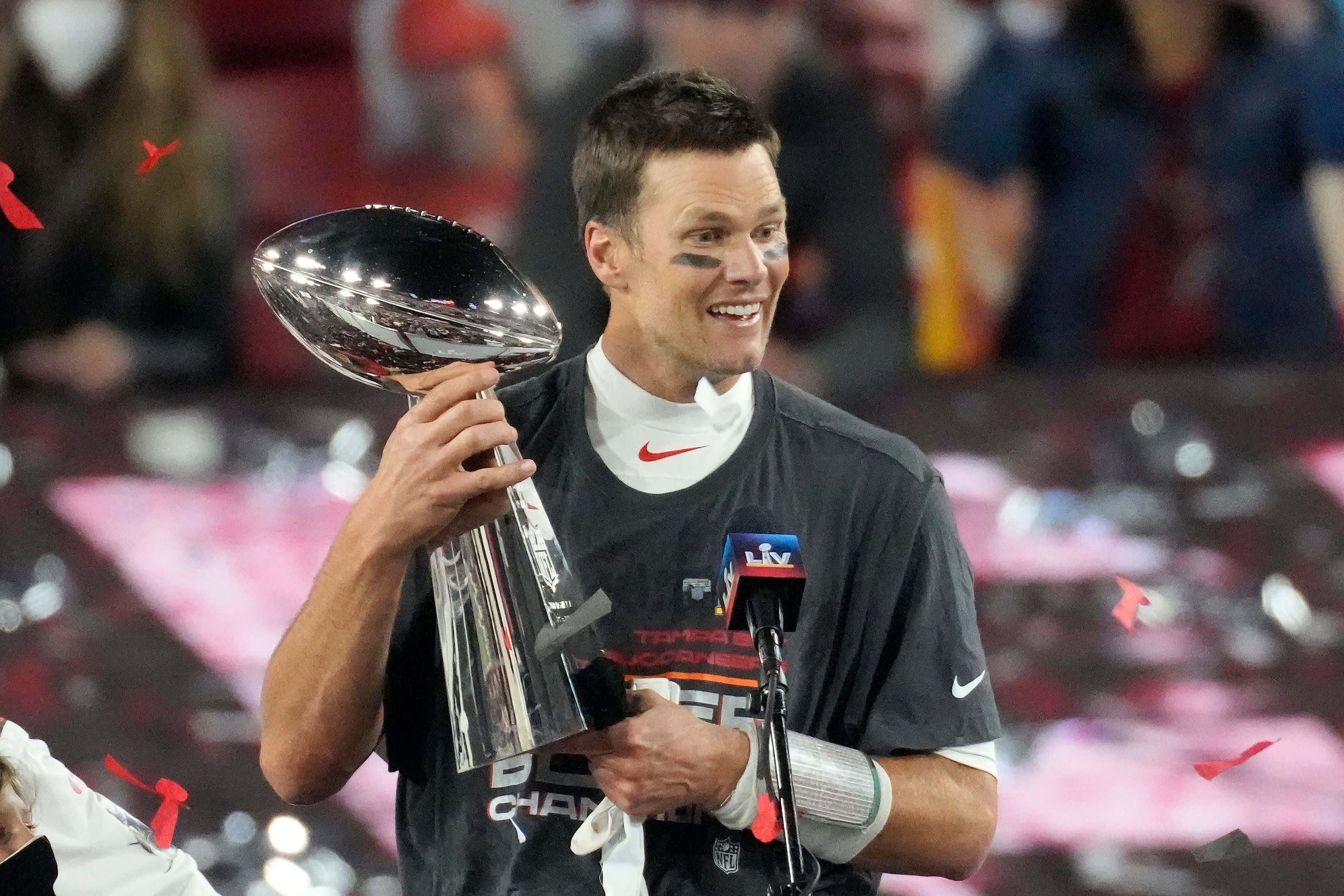 Call me crazy. Or just dumb. Or old and out of touch for that matter, because nothing makes a guy sound as ancient and incapable of adapting to the brave new world like questioning the wisdom of advanced metrics. Admitting you still put stock in basic stats like RBIs, SLG, and stolen bases instead of Adjusted OPS+ and Runs Created is akin to saying you've still got a land line and cable. You might as well be planning your next Pennsylvania barn raising, Dutchboy.

So far be it to question the wisdom of my analytics betters. But in what universe is Hopkins helping the Cardinals improve from 5-10-1 to 8-8 at all comparable to Tom Brady leading at franchise that had the worst winning percentage in all of sports to a championship? I know the Baseball Abstract crowd has convinced that pitcher's wins don't matter any more. How about quarterback wins? Especially in the postseason? On the road. Against two of the best quarterbacks of the generation after him? And then a championship, won over the best quarterback of the generation after that? How about throwing 50 touchdowns in a championship season?

And does it matter at all that the Buccaneers (it pains me to say) got Brady for the low, low price of nothing? Which is David Johnson and two draft picks less than Arizona paid for Hopkins?  I mean, before this is all over, the Bucs landing Brady could end up being one of the great transactions of all time in any sport, depending on how many more Super Bowls he wins. Hell, at least the Yankees had to pay $100,000 for Babe Ruth, which was real money back then. Tampa found Brady at the end of the Patriots driveway with "FREE GOAT" sign on him, threw him in the back of the pickup and drove all the way to a ring.

I don't hate advanced metrics, assuming that that's how an analytics conference arrived at this awful, wrong-headed conclusion about the Hopkins trade. In fact, I use them myself. But when the numbers prove something that is impossible, the numbers don't work and you have to throw them out. Just like if you came up with a mathmatical equation that proves you can let go of a hammer and it will float, you don't just hold a hammer over your head and test out the theory. You delete all the data and start over, or you'll be crunching your next set of numbers from the ER.

I don't claim to be smart enough to belong at an MIT conference. I drank at a campus bar a couple of years ago and barely felt smart enough to order a beer. But even drunk me is smart enough to know the Tom Brady deal deserves the Alpha Award, the Omega Award, and every award in between. Bill James can keep his Sabremetrics. The real science is in Jerry Thornton's Sobermetrics.