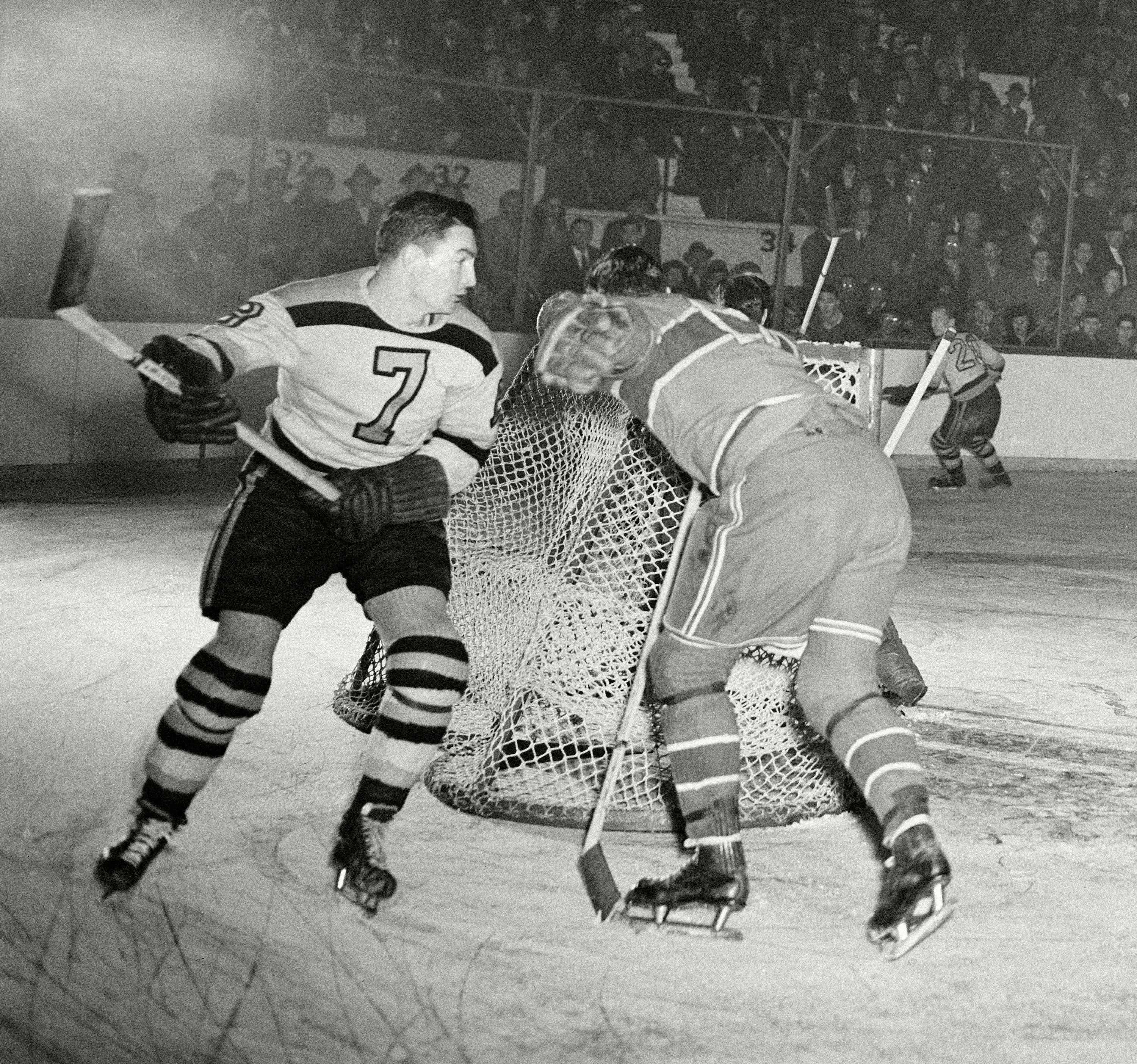 The Montreal Canadiens win the Stanley Cup for the second time in three seasons and sixth time overall, as they close out the Boston Bruins in five games with a 6-3 win. The Canadiens had been on the verge of a sweep before Boston won Game 4 in overtime on Terry Reardon's goal. Game 5 at the Montreal Forum was tied 3-3 after two periods before Montreal scored three goals to clinch the cup.

It was the era of Maurice "Rocket" Richard and the "Punch Line." After a lean decade, the Montreal Canadiens won the Stanley Cup in 1944, after posting a record of 38-5-7 in the regular season. A year later, they appeared poised to make another cup run as Maurice Richard became the NHL's first 50-goal scorer, doing it in 50 games. However, after a record of 38-8-4, the Canadiens were upset by the Toronto Maple Leafs in the semifinals.

The Canadiens finished first overall in the regular season again in 1946, with a record of 28-17-5 coached by Dick Irvin. After his 50-goal season, Maurice Richard had 27 goals, as he was outshined by Toe Blake's 29. Elmer Lach rounded out the famous punch line and led the team with 34 assists. In the playoffs, the Canadiens swept the Chicago Blackhawks. The Boston Bruins beat the Detroit Red Wings 4-1 to set up a matchup of the two top teams.

The opener in Montreal was a terrific back and forth battle, with Murph Chamberlain tying the game for Montreal with just over four minutes left. In overtime, the Rocket led the Habs to victory, scoring at 9:08 to give Montreal a 4-3 win. Elmer Lach gave the Canadiens an early lead in Game 2, but Boston fought back and held a 2-1 lead after two periods. However, a goal by Butch Bouchard tied the game, as the Habs again won in overtime 3-2 on a goal by Jimmy Peters. After a 4-2 win in Game 3 in Boston, the Canadiens had a chance to sweep the series, but Boston, with a Terry Reardon goal, won 3-2.

In Game 5, back in Montreal, the Canadiens got three goals in the first period and held a 3-2 lead. Boston tied the game in the second on a goal by Milt Schmidt. The game remained tied 3-3 until the middle of the third period when Toe Blake lit the lamp in what would be the cup-winning goal. Chamberlain scored three minutes later, while Dutch Hiller wrapped up the Canadiens onslaught to win the game 6-3.