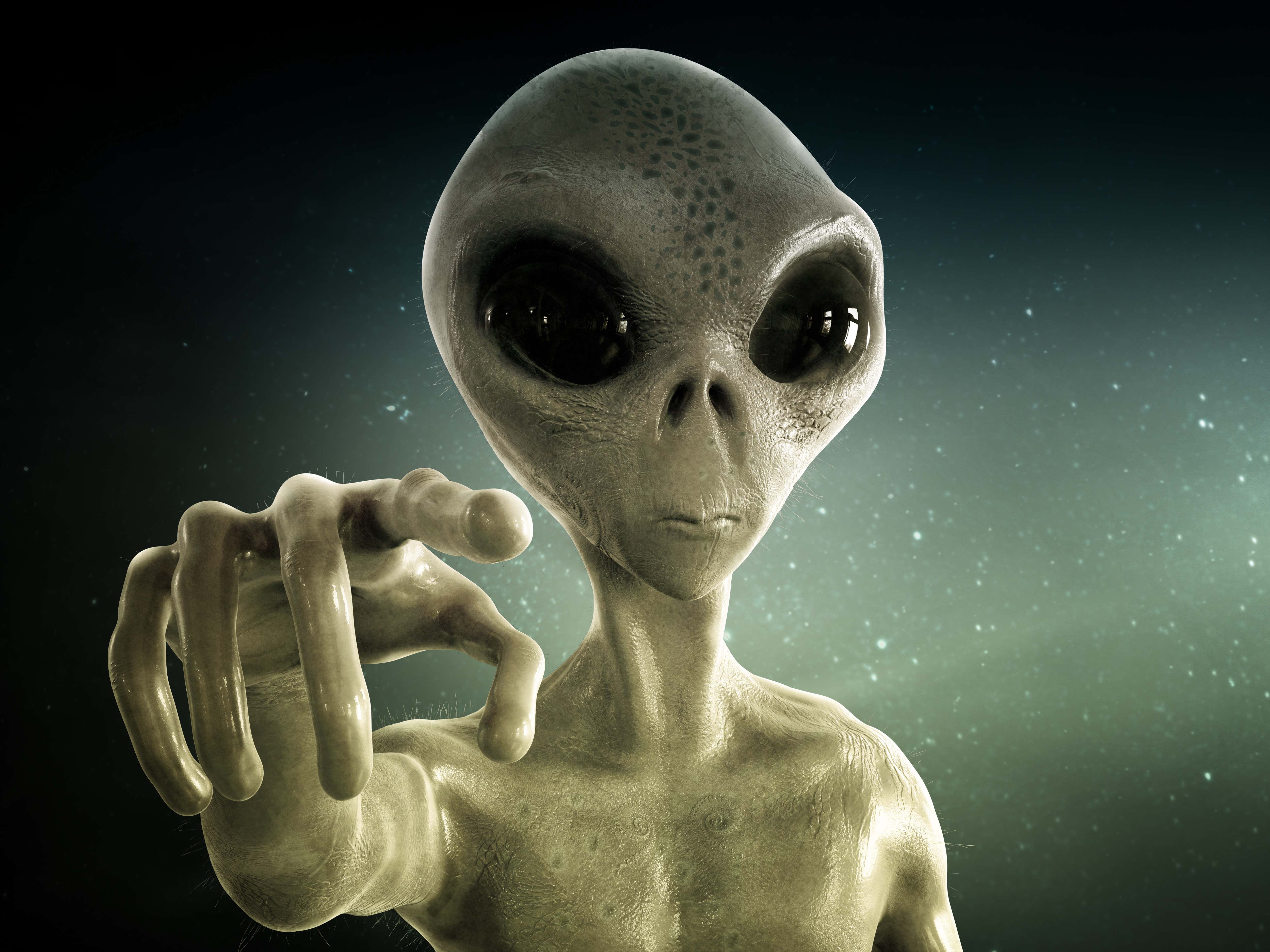 NY POST - Sure, they’re out there, but should we be looking?

Michio Kaku, a professor of theoretical physics at City College of New York and all-around pop-science icon, has issued a warning about extraterrestrials — and efforts to seek them out.

“I think that’s a terrible idea,” the 74-year-old astrophysicist said.

…Kaku hypothesizes that our other-worldly visitors may also approach amicably, although they could harbor more insidious intentions.

“Now, personally, I think that aliens out there would be friendly, but we can’t gamble on it. So I think we will make contact but we should do it very carefully.”

I've heard all sorts of alien theories (the Fermi Paradox is my personal favorite) — all the possibilities out there, all over the spectrum, from really good to really bad,  friendly contact to complete annihilation. All of them. But I don't think I've ever heard just…….don't look? ……….Stop caring? Come on and pack up the telescopes guys, let this one go.  Not worth it.

About the like, one thing left on the planet we all agree on, literally — wanting to know if we're alone in the universe.  EVERYONE wants to know that.  Everyone that is except "Pop-Science Icon" Michio Kaku who just isn't feelin it.

The worst part about this is, if he's right about the aliens? Having insidious motives, less interested in forming interplanetary connections and friendships than they are of forming long human-centipede-style chains of us ready for anal probing and organ harvesting? That means they are a militaristic threat doing militaristic prep, starting with recon and intelligence gathering: they're  watching what our leaders that represent the planet have to say. Sizing us up, judging if we're strong or weak. All it takes is for one of them to pick up a New York Post and see this coward professor seemingly representing us, and we're sitting ducks.

I mean I'm no General Patton but my first thought for a scenario like this was…the exact opposite. Something along the lines of one of those Kim Jong North Korea parades of badass weapons, only we'd use real ones instead of spray painted cardboard — along with like, some sick CGI computer generated shit going on, a Michael Bay production, just to show we're not afraid, that we won't go quietly into the night…that all we have to do is fight it out long enough for like, the common cold bacteria to kill them off, or whatever the fuck it was that happened out of nowhere at the end of War of the Worlds.  We need a motivated populace and a hesitant enemy to have a chance.

Instead we went with this absolutely humungous pussy telling us to hide under the bed and keep our weeping quiet.

Kaku, perhaps best known for his contributions to string theory, spoke to the Guardian about his new book, “The God Equation,” which covers contemporary movements in science and technology.

But his interview took a spacey turn.

In the past, Kaku has theorized that humans may meet their extraterrestrial counterparts within this century. While the prospect might sound thrilling for many, Kaku is more cautious than eager to make contact.

“We all know what happened to Montezuma when he met Cortés in Mexico so many hundreds of years ago,” he said, alluding to the disastrous demise of the 16th century Aztec emperor, which was instigated by what seemed to be a friendship of convenience with Spanish conquistador Hernán Cortés.

First of all, yes I do know what happened: Central Park Concert, Disc 3, Track 1.  But more importantly thank you for bringing up that fun historical fact — we were worried about looking like weak little dweebs, so you detailing our "run and hide" offensive while putting an alien invasion in terms of 16th century social studies gave us some edge back.  They'll think twice about who they're fucking with. I mean we didn't even tell them what our warrior-king with his awesome history lessons is famous for yet: String Theory. You know, that thing where the dynamics of relativistic strings is reformulated in the language of quantum field theory, which is is accomplished at the level of perturbation theory by finding a collection of vertices for joining and splitting strings, as well as string propagators, that give a Feynman diagram-like expansion for string scattering amplitudes. 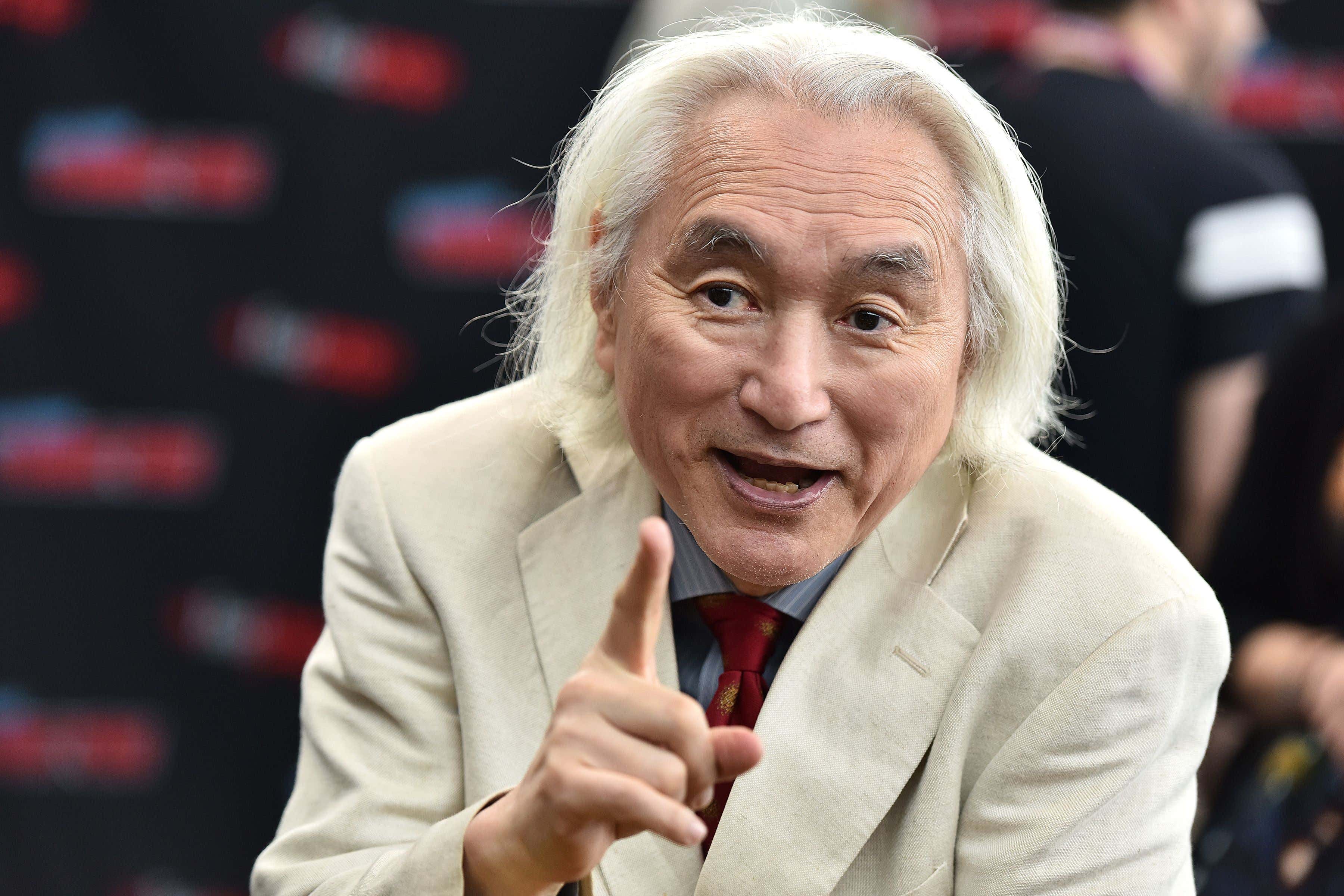 And, as if that wasn't bad enough, I almost forgot the other thing he said: they'll be here anytime now.

And the potentially disastrous meeting could also happen sooner than you might think.

“Soon we’ll have [NASA’s James] Webb telescope up in orbit and we’ll have thousands of planets to look at, and that’s why I think the chances are quite high that we may make contact with an alien civilization,” Kaku said.

We are going to be so unbelievably enslaved and harvested soon.