Yes, yes, a million times yes. I already blogged about how I was excited for this Ghostbusters movie set in the same universe as the original two movies since I knew it was in good hands with Ivan Reitman's son Jason Reitman was the one taking the family ECTO-1 for a stroll.

But this little trailer or teaser or whatever the hell you want to call it convinced me that everything is going to be alright or as close to alright as a rebooted franchise could be decades after the last good movie. Not just because mini Stay Puft is cute as a button, which to be clear he fucking is. 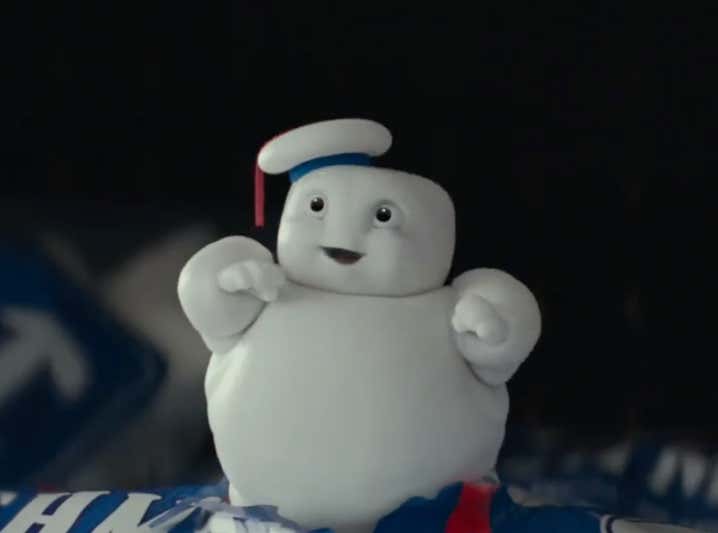 But because of the extra love given to the OG. I love that the ZUUL song played in the background as the camera transitioned around the store, I love that we heard those two little notes that Peter Venkman played on Dana's piano as he was spitting game, and most of all I love that the little Stay Pufts were as twisted and evil as they were cute, since yanno, they are demon creatures brought to life by evil ancient rituals. 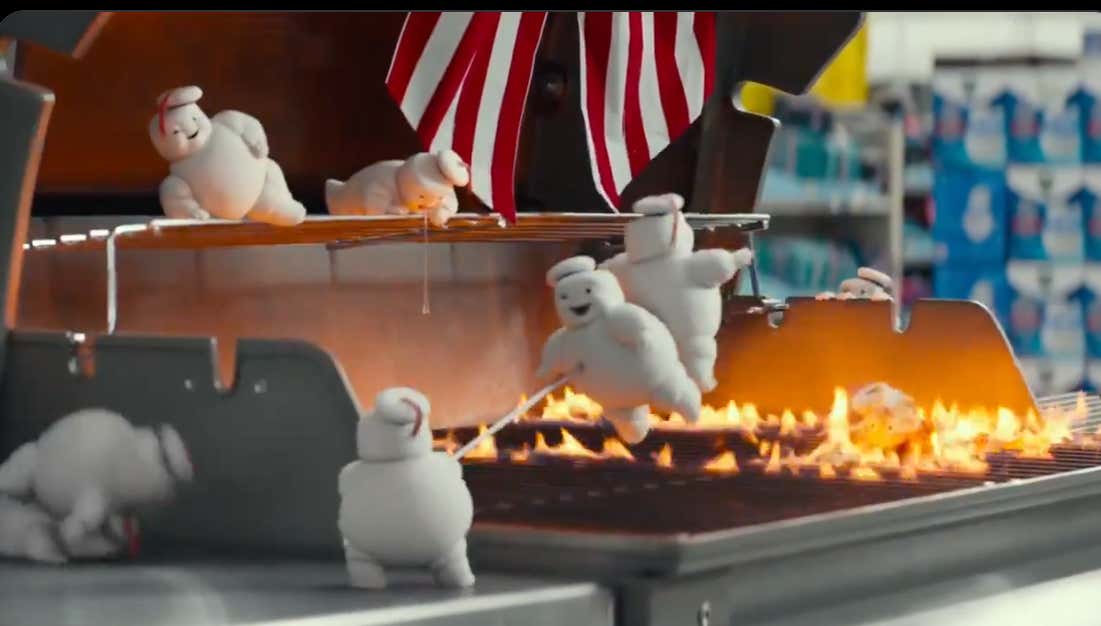 I mean the only thing more fucked up than roasting members of your own species alive is them seemingly enjoying getting roasted. But that's exactly the type of behavior you would expect from a monster that was literally dreamed up to destroy the world.

So congrats to Columbia Pictures for snagging my dollar based on a handful of adorable and evil marshmallow monsters along with a shitload of nostalgia. However, if you guys fuck this up, I will never forgive you. And that's coming from someone who was let down by Ghostbusters 2 for not having the same vibe as the first.