EW- Entertainment Weekly has learned exclusively that Jason Reitman will direct and co-write an upcoming film set in the world that was saved decades previously by the proton pack-wearing working stiffs in the original 1984 movie, which was directed by his father, Ivan Reitman. “I’ve always thought of myself as the first Ghostbusters fan, when I was a 6-year-old visiting the set. I wanted to make a movie for all the other fans,” Reitman says. “This is the next chapter in the original franchise. It is not a reboot. What happened in the ‘80s happened in the ‘80s, and this is set in the present day.”

Sony Pictures has dated the film for Summer 2020, with plans to start shooting in a few months. It’s still too soon to reveal the plot of the screenplay, who the new characters will be, or whether the original actors like Dan Akroyd, Ernie Hudson, or Bill Murray will return. Harold Ramis died in 2014.

If you didn’t get chills when the ZUUL song started playing and the sound of a proton pack getting fired up hit your eardrums while Ecto-1’s fine ass appeared in the flickering light, you are no friend of mind. Or at least not someone who grew up as a diehard Ghostbusters fan. Ghostbusters was my favorite movie as a kid even if some of Peter Venkman’s humor went over my preadolescent head. I understood the good stuff though.

My love of Ghostbusters 2 didn’t quite reach the level of love as I had for the original. In fact it fell pretty short and I kinda hated it for years because of that, but it also taught me the important lesson at a young age that most sequels of your favorite movies suck. And say what you want to say about the Ghostbusters in 2016. That’s my entire statement. I’m not going to talk about that movie because the internet outrage it caused back in 2016 was simply an appetizer for the daily screaming matches we have on social media today. I didn’t see that movie because the trailer looked awful and the reviews backed up those beliefs. But that movie was a reboot for the franchise that had some creative input from some of the people involved in the original, while this new movie set in the same universe from the OG that I loved and will be a family affair as Jason Reitman will pick up where his dad left off.

“This is very early, and I want the film to unwrap like a present. We have a lot of wonderful surprises and new characters for the audience to meet,” says Reitman, who co-wrote the screenplay with Monster House and Poltergeist remake filmmaker Gil Kenan.
He grew up idolizing his dad’s big-budget comedies like Stripes, Twins, and Dave, and says he was just as obsessed with Ghostbustersas any other ‘80s kid. “I love everything about it. The iconography. The music. The tone,” Reitman says. “I remember being on set and seeing them try out the card catalog gag for the first time when the library ghost makes them come flying out. I remember the day they killed Stay Puft and I brought home a hardened piece of foam that just sat on a shelf for years. I was scared there was a terror dog underneath my bed before people knew what a terror dog was.”

This doesn’t mean I think the new movie will be good or anything. But Reitman having a real connection to the franchise considering it paid for God knows how many family vacations is great, as well as his clear love for everything Ghostbusters. Basically what I’m asking is just don’t fuck it up. And bring back Peter Venkman one last time. A true New York hero if there ever was one.

NOW HIT THE MOTHERFUCKING MUSIC VIDEO WITHOUT THE MUSIC PLAYING BECAUSE IT REMAINS ONE OF THE MOST RIDICULOUS VIDEOS ON THE INTERNET!!!

COMPLETE WITH A CAMEO BY TRUMPY BEAR THAT I DON’T REMEMBER!!! 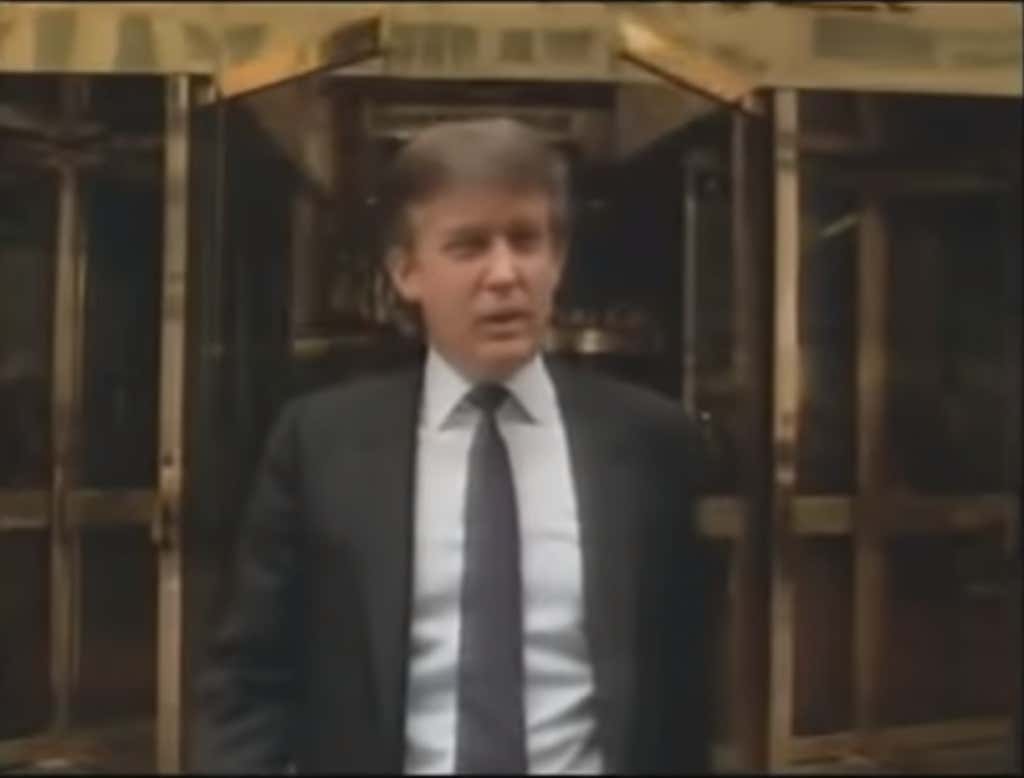 Okay, that’s enough CAPS. Just please get the Ghostbusters franchise back on the tracks, Jason. 8-year-old Clem is begging you, as is Dad Clem that would love to a good reason to rewatch the old Ghostbusters movies with his kids instead of being subjected to another episode of Mickey Mouse Clubhouse. Actually that might be too aggressive because I still close my eyes during the terror dog scene.

Maybe I’ll start with the Ghostbusters cartoon instead. That shit was awesome.