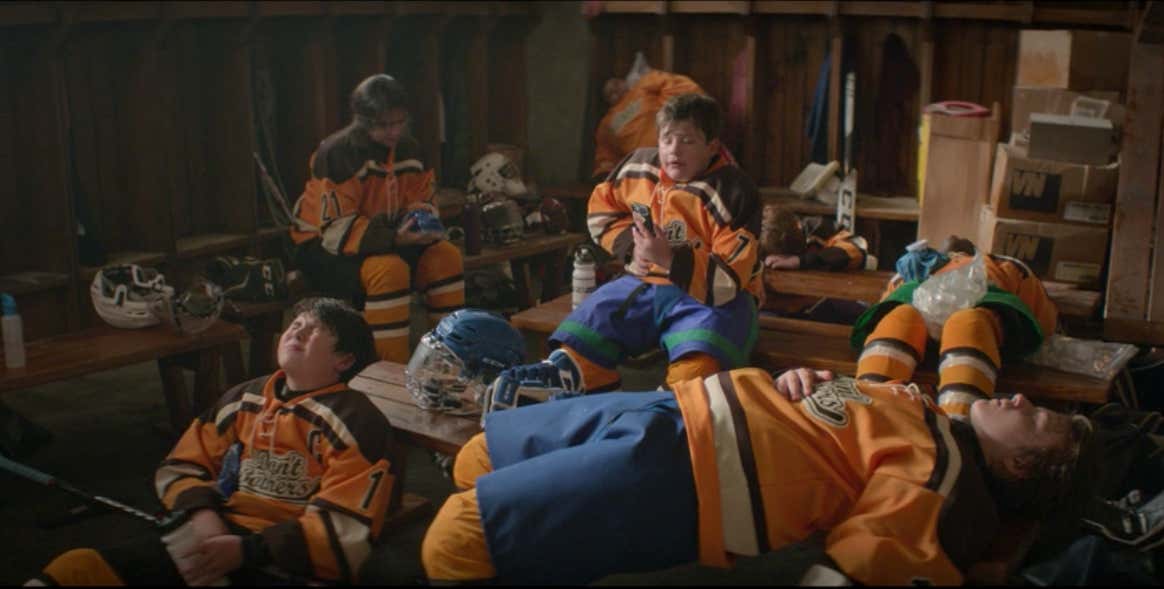 In case you just so happened to miss it, the new Mighty Ducks series came out last week on Disney+. Here is my recap of the first episode that dropped. The sparknotes version of said recap is that this series will follow a group of…athletically challenged dorks who weren't good enough to play for the powerhouse Mighty Ducks team so they went out and created their own team, the "Don't Bothers". A horrible name for an even more horrific team. Like if you thought the District 5 team was bad before Bombay came around to save them, I bet that team could beat this team at least 8-0. And on top of it all, they're currently being coached by Evan's mom who is too focused on not hurting anybody's wittle feelings to make sure these kids even know how to play hockey.

That's what I hate about this show the most, I think. The audacity of Evan's mom to think that a team deserves to play in a league just because they want to, but then does absolutely nothing to make them earn it. Evan's mom epitomizes everything that is wrong with Participation Trophy Culture. But fortunately in episode 2, the team went out and got their asses destroyed by the Cardinals in their first game of the season. We're talking full blown shit pumping.

It was great to see. Because as I've previously mentioned, I will never root for this new team as long as they keep prioritizing having fun over winning games. Sorry but I'm not interested in rooting for a bunch of lovable losers. I already have a great of hateable losers in the Philadelphia Flyers I have to watch all the time, so this team does nothing for me in that regard. But the one good thing we saw in the end of this episode is it looks like the Don't Bothers are ready to start taking this a little more seriously. Because it doesn't matter how hard you buy into the Participation Trophy Culture, there's not a single person on this planet who can still have fun after getting shelled 12-0 every game. So hopefully this is the turning point in the series.

But before we got to the first game, I need to bring up a couple of HIGHLY PROBLEMATIC moments from this episode. First and foremost, pretty much all of the gear the team is wearing has been stolen by the team from the Ducks' rink. Granted, it was from the lost and found so it's not like they went looting through the pro shop. But still. You have Lauren Graham aiding and abetting a group of teenagers to partake in some thievery from their "rivals". 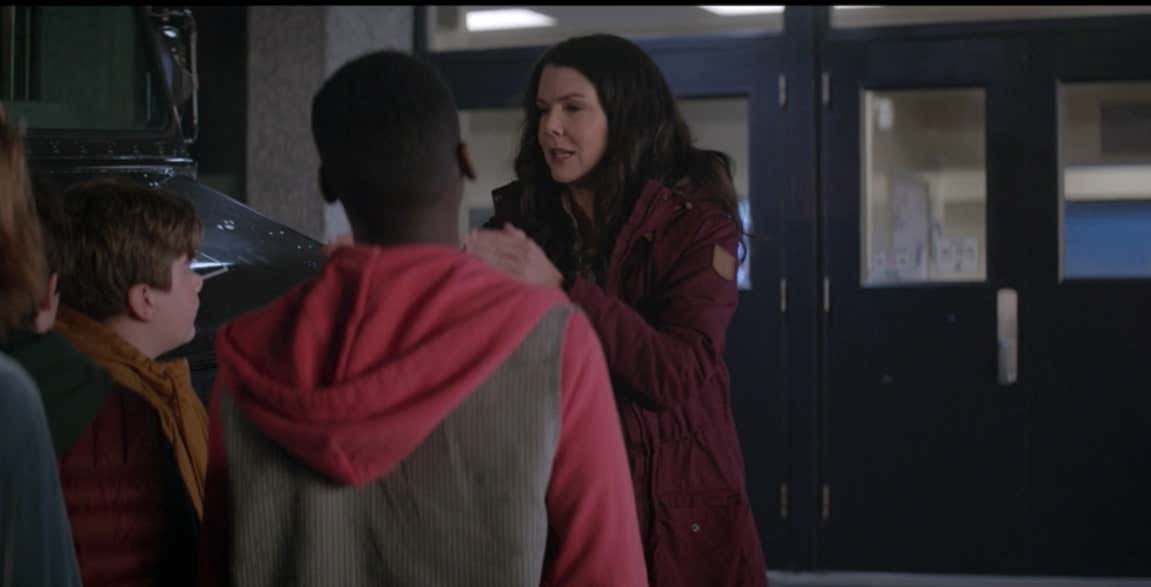 Now personally I'm not against this move. I think it all comes down to where you land morally on Robin Hood. Stealing from the rich, giving to the poor. I'm into that sort of thing. But it's how they went about this that rubbed me the wrong way. Because their big plan to sneak by the lady at the front desk? Send in the teenage heart throb Logan to distract her with his looks and flirting. 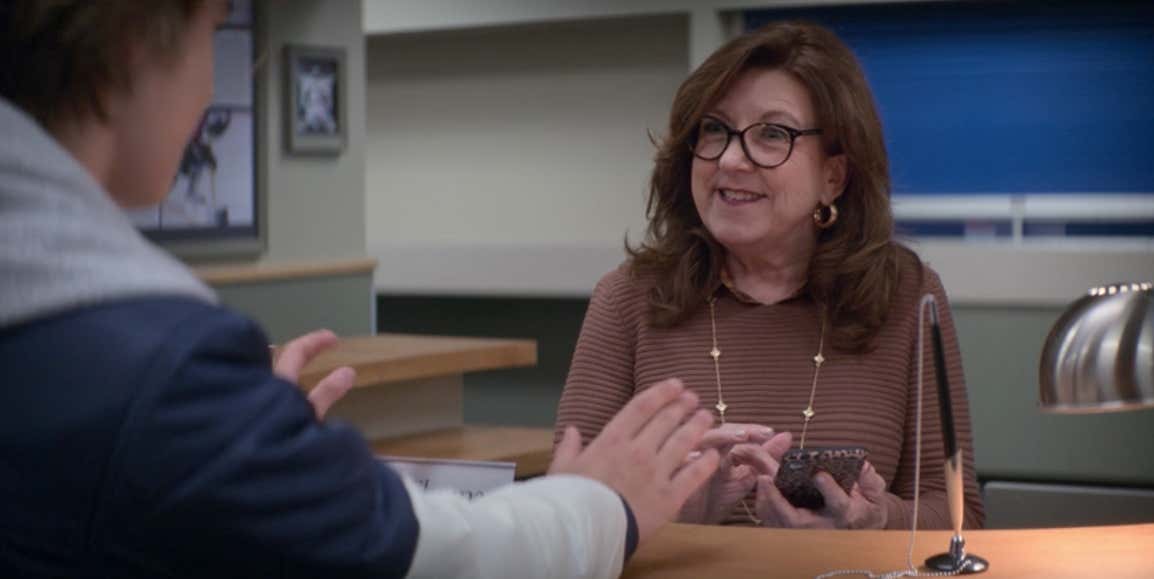 Logan is like 13 at most, and here he is getting this old lady all hot and bothered by batting his eyes and flipping his lettuce. Like they literally created an entire scene to pimp this little boy out to this older woman. Kinda weird! But it worked out in the end because the Don't Bothers got all the gear they needed to properly get their asses kicked in game #1.

And speaking of being a little morally askew, here we have yet another example of Evan's mom wanting to bang Gordon Bombay.

Granted, Bombay can still wheel out there. Brotha has some sauce, that's for sure. So you can't really blame Evan's mom for wanting to get Bombay'd. But you really have to start wondering if she is coaching this new team because she wants her son to be able to play hockey, or if she's coaching just so she can be at the rink more often to get closer to Gordo. My money is on the latter and I think the odds that Evan is calling Bombay "Dad" by the end of this series are at -900000.

So yeah. That was episode 2. The team stole a bunch of gear from the Ducks lost & found. They had a trophy ceremony before the season even started. They got shelled 12-0. Evan's mom is big time H for Bombay. And I think we'll finally start to see the team actually try to learn how to play hockey in episode 3. Because if they don't stop talking about their feelings and wanting to have fun, then they should have just given us a show about Team Trinidad & Tobago.