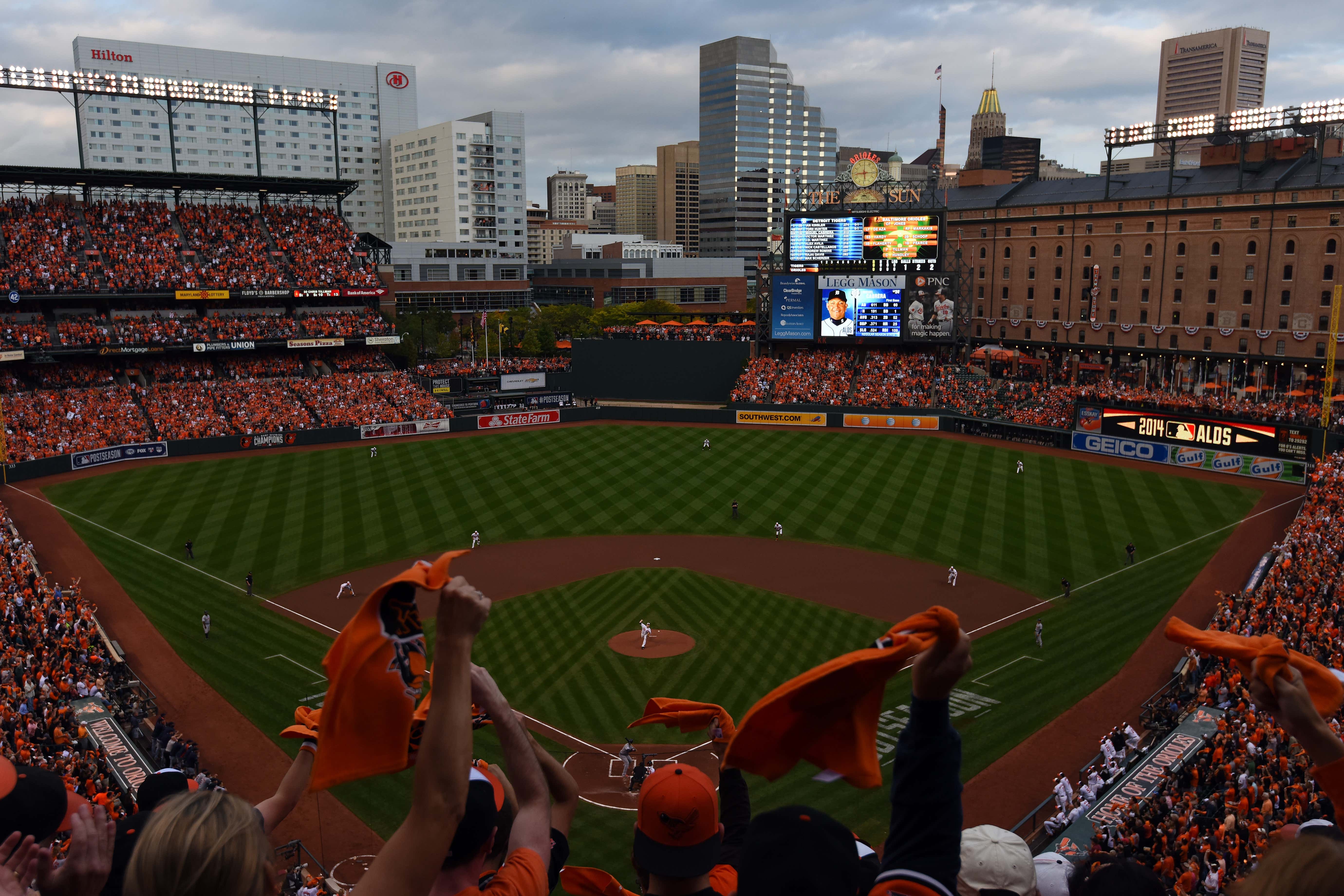 I gotta admit, I love the little treat we get with Opening Day starting here right before the Final Four. A nice little weekday action to get us riled up for baseball season. At the same time I've been riled up ever since I heard Dogwalk this week.

I know, I know. I'm the basketball guy. I'm the person who finds smokes dating soccer players and post pictures guy. But you know what else I am? I diehard Orioles fan. You know what else I am? Someone who will defend Camden Yards until I'm orange in the face. Shit, I named my son - yeah, that's right. I'm 1-for-1 on having sex correctly (or incorrectly depending on your stance on having a kid) - Camden. It wasn't for the city in New Jersey. It's also just fucking impossible to name a kid. Good luck if you're having a kid soon and trying to agree with someone else on a name. Impossible. Anyways, I've gone off the rails here. This is an ode to Camden Yards.

Back to Dogwalk. How the FUCK does Camden Yards fall to the 2nd round? Carrabis is a baseball guy. Carl and WSD will fight each other over baseball takes. Chief will convince himself he's right about anything. Eddie is a nice guy. I trust everyone there. But now? Dodger Stadium? Come on Eddie. You're not an LA guy. You're way more of a Baltimore guy than LA guy. I would love to eat some Boogs BBQ and crab fries with you. Wrigley is a pander pick. Fenway was to piss off Jared. I get it. But let's be clear, Camden Yards is number 1.

To me it's a combination of so many factors. Obviously the Warehouse. It's iconic. No other stadium in America can fabricate something like that. There's a reason we all remember Ken Griffey Jr. drilling it during the Home Run Derby:

It's the perfect backdrop to the stadium. Hell, if you're sitting in the upper deck not only do you get the view of that, you also get the Baltimore skyline in the backdrop. It used to be different, thanks a lot Hilton. It's exactly what you want in a ballpark. There truly is no bad seat in the house. My personal favorite is in right field lower level.

Then you throw in the history of Camden Yards. There's a reason every other ballpark tried to be Camden. There's a reason it's the blueprint for a bunch of stadiums. It's crazy that it's nearly 30 years old now. I still remember heading down 83 for the short 50 minute ride to Camden Yards in 1992. I remember how much better it was than Memorial. I still have memories of being home for college in the summer and making the drive, hitting up Pickle's before the game. Something about the smell of the crab pretzels. Something about the Natty Boh's in the street. Something about booing Cito Gaston as a kid because he refused to pitch Mike Mussina in the All Star Game. It's just perfect.

The first game full video still slaps with the perfect line. 'They built the perfect ballpark.' No truer words have ever been spoken.

Loudest I've ever heard the place. Fuck the Tigers.

PS: How the hell do you become a Giants, Knicks, Orioles and Kentucky fan? It's simple. Born in Jersey, family from Jersey. Didn't have a choice with the Giants and Knicks. Move to Pennsylvania as a young buck and my old man sits me down and tells me not to be a Mets fan like him. He tried his best to look out for me. Orioles are the closest team to where I grew up and Brady Anderson is a God. I will forever and always have sideburns because of that man. Then you go to Kentucky. Boom. Less confusing than Jeff D. Lowe's teams, but that's how you end up with this.

PPS: Of course the game got PPD after I blogged all of this. Fucking Boston. Whatever it's still Opening Day in baseball so the blog counts.