I'll be completely upfront, this blog is propaganda for YOU to join the Barstool F1 Hype Circle this season. 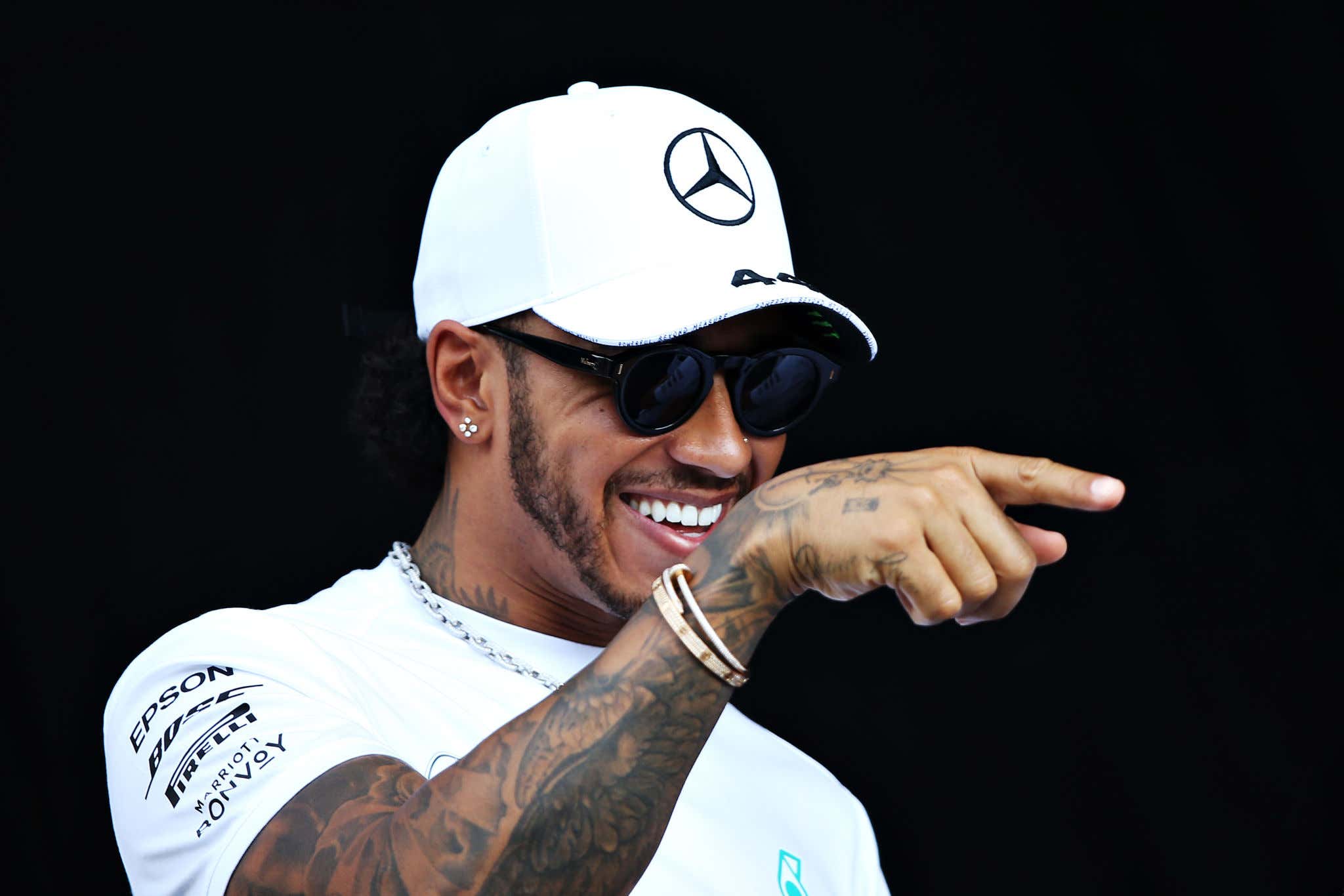 The F1 season kicked off last weekend with the first race of the season being an absolute thrill ride that came down to the wire. Here's the full recap of what happened in the race but to sum it up, it's looking like we could have a title fight for the ages.

Lewis Hamilton, the veteran, seven (7) time world champion who has dominated the last decade of the sport vs. Max Verstappen, the 23-year-old, up-and-coming superstar looking for his first title, ready to dominate the next decade of the sport. It doesn't matter if you like racing or not, these are the types of stories that make us love watching sports.

After the first race of the season, Hamilton who's had a relatively easy couple of years winning championships is hyping up this season as completely different than years past:

"Yeah, I’m super excited and super happy for the fans, that they are excited. I think it’s something that all the fans have wanted for a long time." Then saying later about the first race “Honestly, I don’t recall how close the other seasons were exactly but this has got to have started off as one of the toughest, if not the [toughest],”

When Tom Brady finishes the first game of the season and says that it was one of the toughest tests he's ever faced in his career that means something. In the NFL, Brady might play that team and QB once maybe twice if they make the Playoffs the rest of the season. We're going to get Hamilton vs. Verstappen, Mercedes vs. Red Bull twenty-two more times this season over the next 9 months in 21 different countries.

That's what you're getting when you join the Barstool F1 Hype Circle this season: An incredible championship battle with fame, eternal glory, and millions of dollars on the line all happening on an international scale driving cars side by side that can literally kill you in the blink of an eye.

Even the #1 Sports Podcast in the world, Pardon My Take, talked about F1 on yesterday's show and is thinking about getting into the F1 hype this season. Here's where they talk about in the episode

Go listen to their full episode from yesterday if you want to hear more.

If the championship battle wasn't enough to get you into it, let's dive into the points PMT mentioned and give you even more reasons to dive into the Hype Circle… 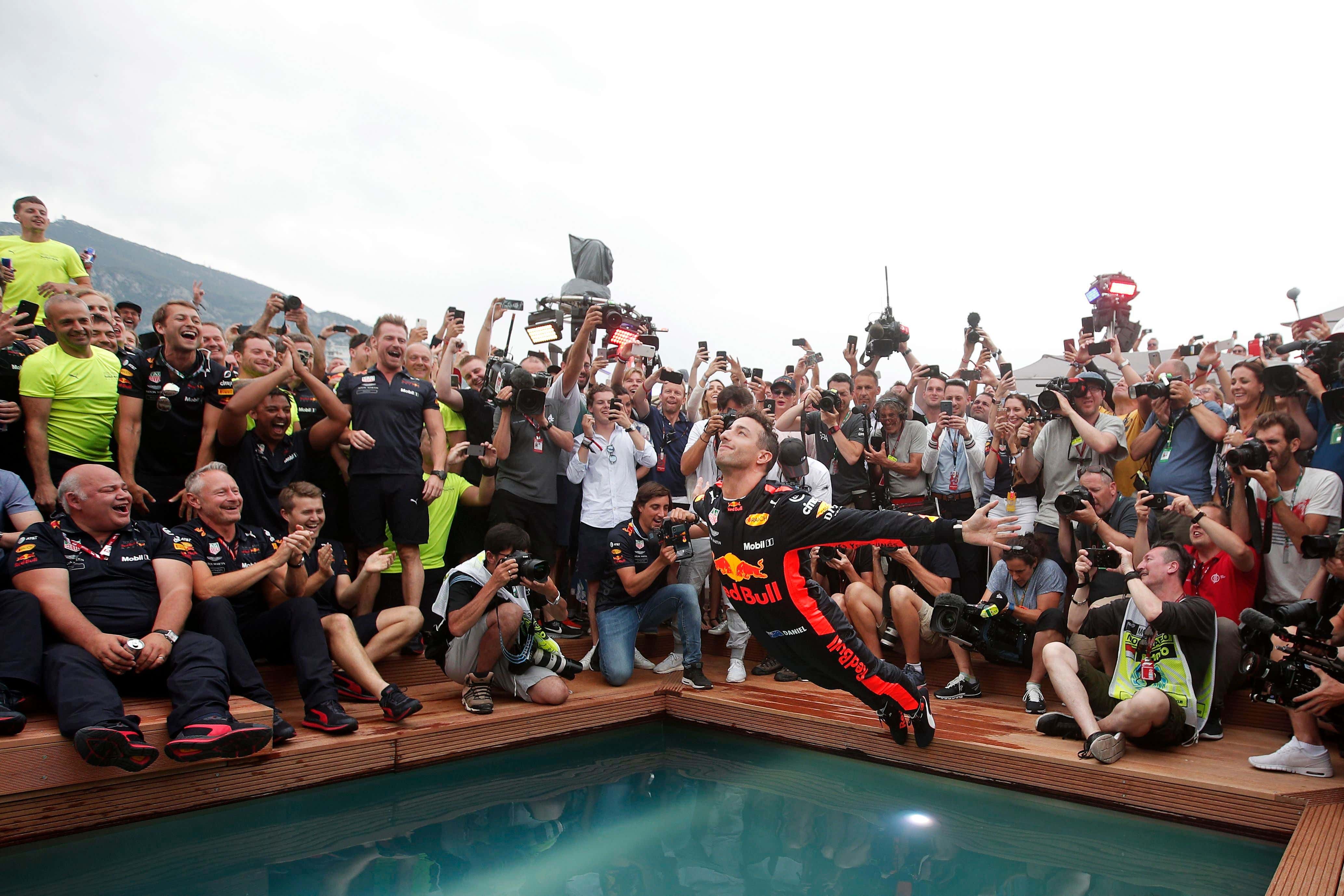 PFT is 100% right that you will sound very classy talking about F1. Now you can just start dropping sentences like * extreme British accent * "Did you happen to catch the Grand Prix in Monaco over the weekend? Mercedes and Sir Lewis Hamilton went P1 beating Mclaren, Ferarri, Aston Martin and were spraying champagne on the podium next to the row of yachts in the harbor." Super fancy. You'll be ready to make small talk on any yacht you end up on in the near future.

Lifehack, if you're not going to end up on a Yacht anytime soon, you can just walk around in F1 merch and people could potentially think you actually own a Ferrari or a Mclaren. Talk about a sick flex having people possibly think you own a fast, expensive car.

The next big point is what Big Cat mentioned in the clip, there's tons of drama that comes with F1. It truly is a THIS LEAGUE, this league. These are just a few examples of the drame over the last few years:

Relationship Drama: Max Verstappen is dating the baby mama of one of his ex-teammates whose starting spot on the main Red Bull team Max stole to get his first big break in the sport. OH, also she's a model and the daughter of a former 3x F1 World Champion. I wrote a full blog breaking down the story.

Teams are Changing, Often: Force India team owner, Vijay Mallya, was essentially trapped in the UK for several years after he left India because 17 banks were trying to get him to pay back $1.3 billion in loans. Not really an "Oops, forgot to pay off my credit card" type of situation. He was then accused of money laundering and was tied up in a bunch of legal battles throughout the 2017 and 2018 seasons until he was forced to sell the team during the 2018 season after SURPRISE running out of money. Who bought the Force India team? The Dad of one of the F1 drivers, Lance Stroll, basically securing the bag for his son and giving him a seat in F1 for as long as he wants. The team is now Aston Martin.

Cheating Scandals: Ferrari's car became WAY faster out of nowhere halfway through the 2019 season, some of the teams were saying TOO fast. Other teams got together and basically hit em' with a "Ask Ferrari if they're on the juice right they love talking to their fans" and put in a protest to the league officials (FIA). Surprisingly after that protest, the Ferarri car was all of a sudden slow again for the rest of the season.

After a full investigation at the end of the season, Ferrari reached an undisclosed settlement with the FIA where no wrongdoing was officially admitted, BUT the next season the team had their worst season in over four decades. What makes the sport great is that part of the deal is that Ferrari is now working directly with the FIA to help improve ways to catch cheaters but was also never officially proven to be cheaters. ???????

You're always guaranteed at least one deflate-gate type controversy every year in F1, if not more.

Team Orders: In F1, teammates aren't really teammates. There can be only one winner at the end of the race, but two cars are racing for the same team in the exact same car. It's basically like having two QBs on the field at the same time with the same WRs running a play, only one can be the MVP of the game. Then the head coach has the audacity to call in different plays/strategies to each driver like when to pit or which tires to run on the car, etc. This leads to the drivers always bitching to the team about their teammates getting better plays than them both during the race on the broadcast and in post-game interviews.

Sometimes the plays are even "hey, let the other guy win this one because he deserves it more than you" which as you can imagine doesn't go over well in the huddle. This is called "team orders" where they will prioritize one driver over the other driver, even if that driver is in 1st place because the other driver has a better chance of winning the race or winning the driver's championship at the end of the season. Guys who have made a living going super fast in cars get really mad and it leads to very petty, passive-aggressive wars within the team where they sometimes crash into each other ruining both car's races.

All of this is just a sampler platter of the drama that goes down in F1. Lucky for you, F1 every year puts out a reality show that gives you unprecedented access to everything behind closed doors that you don't get to see during the season. That's the show Hank mentioned during PMT, Drive to Survive on Netflix. There are three seasons out now, so you can start bingeing and be fully caught up in three weeks for the second race of the season.

Here's a very dramatic scene from season 3 about one of the most violent and fiery crashes in modern F1 history. Luckily, the driver walked away with only burns to his hands and feet, a modern-day miracle. It's incredible to see all of the behind scenes footage and interviews from other drivers on their perspectives when it happened. Go watch the full show on Netflix, if you like sports and drama you will love this show.

If this blog got you excited to watch a race or you've watched Drive to Survive and you want to know what's happening this season, I wrote a full breakdown with everything you need to know about all of the drivers and teams.

The Barstool F1 Hype Circle is growing fast. There are a couple of F1 Fans in the Barstool office already like Troopz (HUGE Hamilton fan), Pat, Chef Donny, potentially the PMT guys, and even Whitney is talking about it on today's Spittin' Chiclets. Hopefully, we can keep growing this army. Shout out to all of the Stoolies who are already in the Barstool F1 Hype Circle, it's been awesome to see so many people talking about F1. Follow me on Twitter and let's talk about F1 more.

The next Grand Prix weekend is on April, 16-18th in Italy. Now… LIGHTS OUT AND AWAY WE GO.