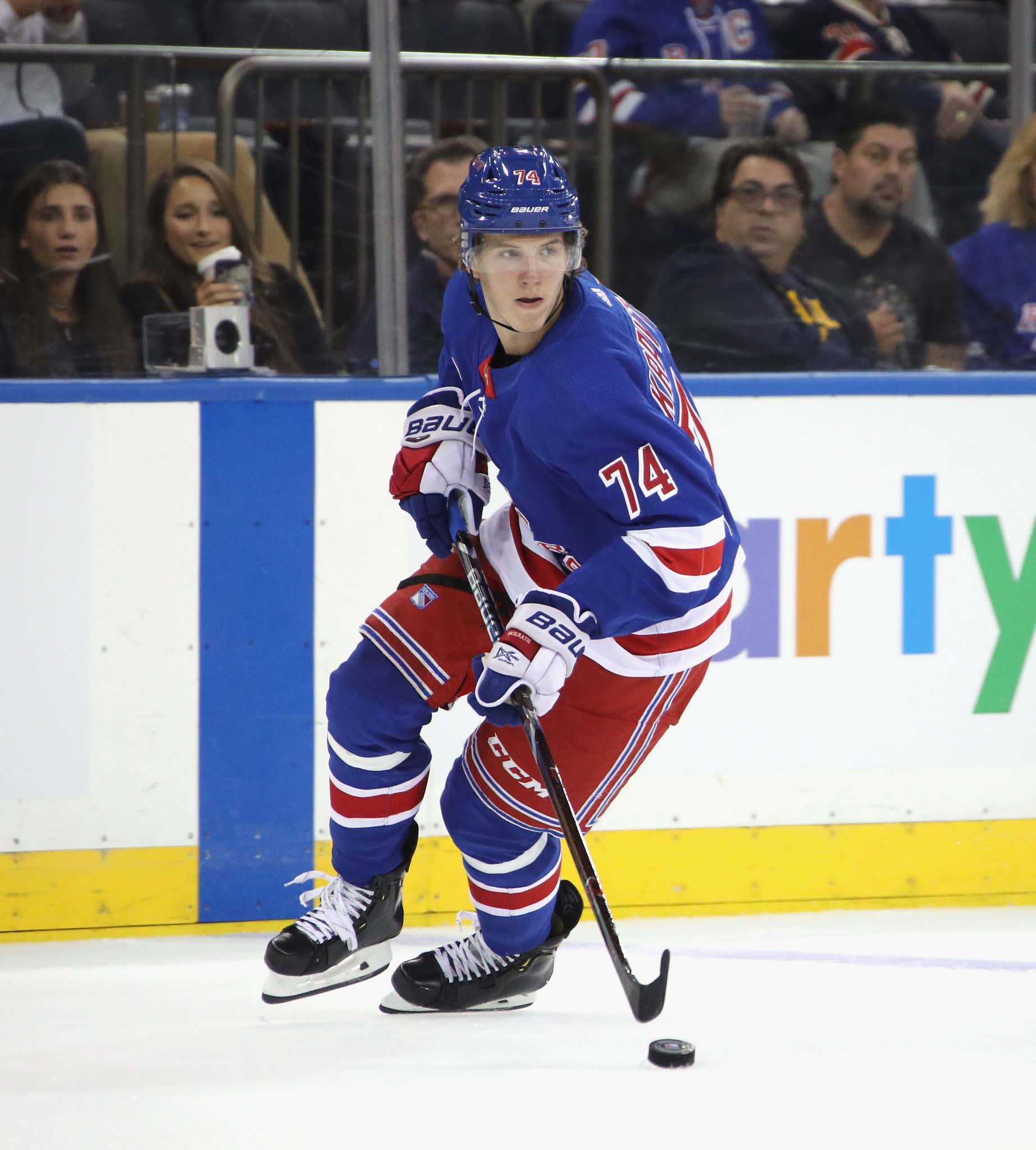 In other news, Vitali Kravtsov could be cleared as soon as today following a cardiac screening, which is the final step of his COVID-19 protocol. That doesn't mean he's an option to play tonight, but could join the team for practice tomorrow if all goes well. #NYR

In terms of offensive prospects, this is the last of the big names floating around a Rangers system that's been heavily replenished since the 2017 draft. Lias Andersson is gone while Chytil, Kakko and Lafreniere are with the big club still looking to fulfill the limitless promise we've only seen glimpses of so far. The now 21 year-old Vitali Kravtsov was nabbed 9th overall in 2018 - just ahead of names like Wahlstrom & Dobson who were high on a lot of fan wish lists at the time - and after a year in Russia, his start as a Blueshirt in couldn't have gone much worse. Despite high hopes, he failed to crack the 19-20 roster before bailing on Hartford after a handful of games to go back to the KHL…only to get demoted there too. He was summoned back to the Wolf Pack and finished with a lackluster 6-9-15 in 39 contests.

However, Kravtsov just wrapped up an excellent season back in his homeland. 16 tucks in 49 tilts may not sound like much but, for perspective, only 13 players eclipsed 20 and he's the youngest among top-five goal scorers under 25 years old. He's 6'3 and most likely filled out close to 200 pounds. Great skater, can stickhandle in a phone booth and has all the makings of a legit finisher. Whenever he cracks the Rangers lineup, he'll be the last of 2018's top-15 picks to make his NHL debut. Just about everyone selected above him have already panned out to be fixtures on their squads. Behind him are names like the aforementioned Wahlstrom, Dobson & Farabee who are becoming valuable players on playoff contenders. There haven't been many misses among that group. Fans have their fingers crossed that Kravtsov is simply a late-bloomer and not a 2018 draft outlier.

Where's he gonna play? Well according to the ever-knowledgeable Rangers Twittersphere, David Quinn can't develop prospects and his deployment of guys like Kakko & Lafreniere is solely to blame for their combined 6 goals on 7% shooting - so obviously 7 minutes a night next to Howden & Lemieux right? Except Kakko averages the second-most 5x5 time among wingers while Lafreniere is 5th. Kakko has skated most of his minutes with Strome, Chytil, Laf, Panarin & Kreider. Lafreniere with Zibanejad, Buchnevich, Kakko & Strome. Quinn has given the kids ample opportunity and I expect him to do the same with Kravstov. The obvious spot is to slot him next to the Breadman and Strome. The Colin Blackwell Show was fun while it lasted, but it looks like the network pulled the plug once February ended. No reason to mess with KZB right now and I don't see a need to break up the kid line either. Hard to see a better spot for a projected sniper than next to a couple top-notch playmakers. Put some faith in the kid and let's see if he can be the spark the younger ones haven't been yet.

The Blueshirts are a very unlikely playoff squad in a loaded division - but it's not over. They've defended well all season & Shesterkin's return is supposedly not far off. Otherwise they're finally healthy. The real Mika Zibanejad has finally decided to stand up with 10 points over the last five games where his Rangers have gone 3-1-1 (and you can easily argue they should be 5-0). They've been among the league's worst in one-goal games (3-6-4) and that's in large part due to an anemic offense that finally seems to be waking up a bit. Kravtsov's eventual addition could be the wild card that helps turn those L's to W's going forward. It'd be quite a climb - gotta figure they'll need at least 16 wins from their remaining 26 along with some help - but I dunno anyone else in the division able to add elite, albeit unproven, talent like Kravtsov right now. Whether he pans out remains to be seen, but it's about damn time one of these top picks steps into the show guns blazing.

No pressure kid. Just be that guy. Immediately.