1. Platoon - A gritty and emotional look at the lives of a platoon of American soldiers as they patrol, fight and die in the jungles of Vietnam as seen through the perspective of a young recruit. - Platoon is one of the greatest war movies ever made. It's dramatic and has a very authentic feel which makes sense considering who directed it. I was actually lucky enough to interview director Oliver Stone last summer and he was really open about his experience with this and more.

2. Snowpiercer - Survivors of Earth's second Ice Age live out their days on a luxury train that ploughs through snow and ice. The train's poorest residents, who live in the squalid caboose, plan to improve their lot by taking over the engine room. - One of Bong Joon Ho's many movies that take a look into class, it is always worth a watch. Chris Evans is great, and Tilda Swinton is perfectly creepy as the warden lady.

3. Enola Holmes - While searching for her missing mother, intrepid teen Enola Holmes uses her sleuthing skills to outsmart big brother Sherlock and help a runaway lord. - Like I said in the video, I was really hesitant going into this movie. But it turned out to be a total delight. Full review HERE.

4. Hunt for the Wilderpeople - A boy and his foster father become the subjects of a manhunt after they get stranded in the New Zealand wilderness. - If you are a fan of Taika Waititi (Thor: Ragnarok, Jojo Rabbit), then I think you will love this movie. It's a small scale, NZ story with a ton of heart. Oh hey, NZ. The most southern part of Asia!!!

5. Last Chance U: Basketball - This series explores the East Los Angeles College Huskies (ELAC) in their high stakes chase to an unprecedented California state basketball championship. - I'm only a few episodes deep into this, but it gives me the same feeling from the first season of the original show. More natural and a bit less of a forced attempt at serendipity.

1. Blade Runner The Final Cut + Blade Runner 2049 - Deckard is forced by the police Boss to continue his old job as Replicant Hunter. His assignment: eliminate four escaped Replicants from the colonies who have returned to Earth. Before starting the job, Deckard goes to the Tyrell Corporation and he meets Rachel , a Replicant girl he falls in love with.

Officer K  a new blade runner for the Los Angeles Police Department, unearths a long-buried secret that has the potential to plunge what's left of society into chaos. His discovery leads him on a quest to find Rick Deckard, a former blade runner who's been missing for 30 years.

The OG Blade Runner is a titan in the scifi genre. Both it and the sequel are must-watch movies in my opinion (more expanded thoughts are in the video).

2. Jojo Rabbit - Jojo is a lonely German boy who discovers that his single mother is hiding a Jewish girl in their attic. Aided only by his imaginary friend -- Adolf Hitler -- Jojo must confront his blind nationalism as World War II continues to rage on - As a big Taika guy, I really enjoyed everything about this movie. It's funny, sad and just a really great watch in general.  (FULL REVIEW)

3. No Country For Old Men - While out hunting, Llewelyn Moss finds the grisly aftermath of a drug deal. Though he knows better, he cannot resist the cash left behind and takes it with him. The hunter becomes the hunted when a merciless killer named Chigur picks up his trail. - I have an intense love for this movie (my #1 of all time) and will always cape for it. More thoughts in the video.

4. Ford V Ferrari - American automotive designer Carroll Shelby and fearless British race car driver Ken Miles battle corporate interference, the laws of physics and their own personal demons to build a revolutionary vehicle for the Ford Motor Co. - I believe we crowned this one of the dad-movies of the decade when we reviewed it on LCB. It's a great story that feels authentic due to Dir. James Mangold's dedication to practical effects. (FULL REVIEW)

5. Judas and the Black Messiah (LEAVES THE 14th) - Offered a plea deal by the FBI, William O'Neal infiltrates the Illinois chapter of the Black Panther Party to gather intelligence on Chairman Fred Hampton. - This has 2 of the better performances of this last year. Kaluuya just took the Globe for it and you can expect to see him around come Oscar nom time as well. (FULL REVIEW)

6. Escape from New York - In 1997, when the U.S. president crashes into Manhattan, now a giant maximum security prison, a convicted bank robber is sent in to rescue him. - Man, Kurt Russell is just so fucking cool. Wana know what's even cooler than him in this movie? His characters name Snake Plissken.

7. Ponyo - During a forbidden excursion to see the surface world, a goldfish princess encounters a human boy named Sosuke, who gives her the name Ponyo. Ponyo longs to become human, and as her friendship with Sosuke grows, she becomes more humanlike. - If you have kids, this is a great watch. Very colorful, vibrant and easy to follow. Also, a pretty damn solid dub voice cast. 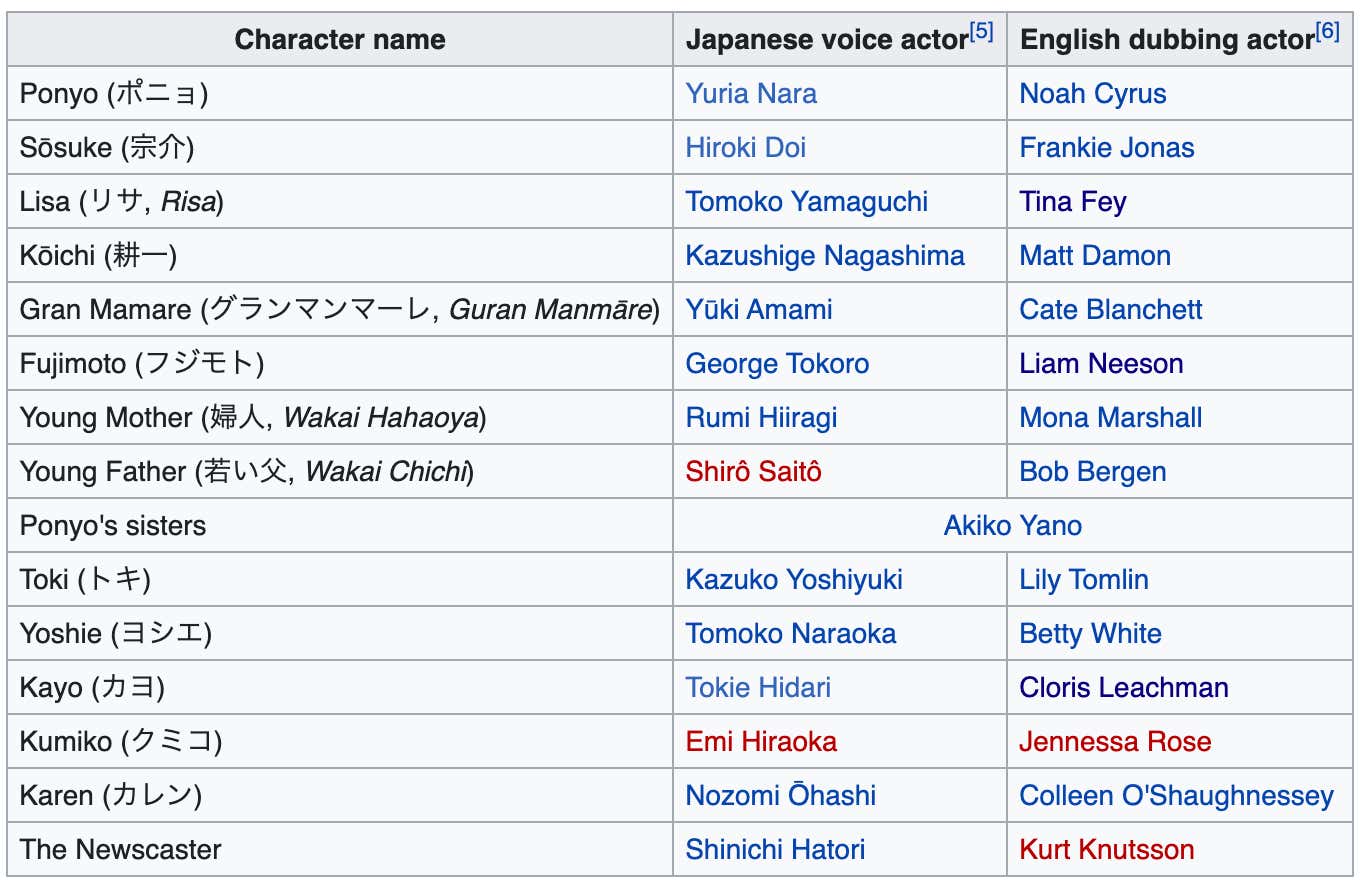 8. Justice League - Fueled by his restored faith in humanity and inspired by Superman's selfless act, Bruce Wayne enlists the help of his new-found ally, Diana Prince, to face an even greater enemy. - Like I mentioned in the video, this movie is not that good. BUT, there is no better time to refresh your brain before the Snyder Cut drops. (FULL REVIEW)

9. Curb Your Enthusiasm - The series follows Larry in his life as a semi-retired television writer and producer in Los Angeles, and for one season, New York City. Also starring are Cheryl Hines as his wife Cheryl, Jeff Garlin as his manager and best friend Jeff Greene, and Susie Essman as Jeff's wife Susie. - It's some of the best comedy out there, so you're just depriving yourself if you've never seen it.

1. Boss Level - A retired military operative finds himself in a never-ending time loop on the day of his death. - Every time that I think the time-loop genre has been completely exhausted, something surprises me! This isn't the best movie, but it is certainly entertaining. We actually interviewed Frank Grillo for it if you're interested in hearing him vent about Crossbones.

2. Rushmore - When a beautiful first-grade teacher arrives at a prep school, she soon attracts the attention of an ambitious teenager named Max, who quickly falls in love with her. Max turns to the father of two of his schoolmates for advice on how to woo the teacher. However, the situation soon gets complicated when Max's new friend becomes involved with her, setting the two pals against one another in a war for her attention. - In this world, there are Wes Anderson fans, and there are Wes Anderson haters. There isn't many people that lie between those two camps. If you like Wes, you'll enjoy Rushmore.

3. Parasite - Greed and class discrimination threaten the newly formed symbiotic relationship between the wealthy Park family and the destitute Kim clan. - The minute I finished watching this movie, i sort of exhaled and thought "Holy shit, that was one of the best movies I've ever seen". (FULL REVIEW)

4. West Side Story - A musical in which a modern day Romeo and Juliet are involved in New York street gangs. On the harsh streets of the upper west side, two gangs battle for control of the turf. The situation becomes complicated when a gang members falls in love with a rival's sister. - To this day, it is one of the best musicals ever made. A fantastic work of art that will always be worth your time.

5. Attack on Titan - The story centers around Eren Jaeger, his adoptive sister Mikasa Ackermann, and their childhood friend Armin Arlelt, whose lives are changed forever after the appearance of a Colossal Titan, which brings about the destruction of their home town and the death of Eren's mother. - I am NOT a fan of dramatic anime at all. This really blew me away and got me hooked on my second attempt at watching, though.

1. Back to the Future Trilogy - Marty McFly, a 17-year-old high school student, is accidentally sent thirty years into the past in a time-traveling DeLorean invented by his close friend, the eccentric scientist Doc Brown. - It's Back to the Future. It's weird if you haven't seen it before.

2. Train to Busan - A man, his estranged daughter and other passengers become trapped on a speeding train during a zombie outbreak in South Korea. - This movie really reinvigorated my interest in the Zombie genre, which is packed full of mostly slop. I know you might be sick of those movies, but I promise you will be surprised by how good it is.

3. Knives Out - The circumstances surrounding the death of crime novelist Harlan Thrombey are mysterious, but there's one thing that renowned Detective Benoit Blanc knows for sure -- everyone in the wildly dysfunctional Thrombey family is a suspect. Now, Blanc must sift through a web of lies and red herrings to uncover the truth. - This was such a fun, witty whodunnit that really blew me away at first watch. If you've never watched, I wish I could be you so that I could experience the mystery. (FULL REVIEW)

4. You Were Never Really Here - When a teenage girl goes missing, a jaded, brutal enforcer attempts a rescue mission. He uncovers corruption and abuse of power along his way and will use any means necessary to save the girl. - Imagine Phoenix's performance as the Joker, and now combine it with Taxi Driver. That is what this movie is.

5. MXC - "MXC" (formerly known as "Most Extreme Elimination Challenge") is the ultimate in reality sports, where two teams of contestants are both physically and mentally challenged and eliminated through crazy and challenging games. - LETS GIIIIT IT ON!!!!!!!!

1. The Godfather - An organized crime dynasty's aging patriarch transfers control of his clandestine empire to his reluctant son. - It's the Godfather! You've seen it before, right? Please say yes.

2. The Indiana Jones Trilogy - 'In 1936, archaeologist and adventurer Indiana Jones is hired by the U.S. government to find the Ark of the Covenant before Adolf Hitler's Nazis can obtain its awesome powers.' - Indiana Jones is one of the greatest action-adventure heroes ever. QUE THE MUSIC!!!!

3. Mission: Impossible - An American agent, under false suspicion of disloyalty, must discover and expose the real spy without the help of his organization. - The 1996 gift that is STILL giving 25 years later still holds up incredibly well. At this point, Ethan Hunt might be the best single action hero in movie history.

4. Zodiac - In the late 1960s/early 1970s, a San Francisco cartoonist becomes an amateur detective obsessed with tracking down the Zodiac Killer, an unidentified individual who terrorizes Northern California with a killing spree. - A fantastic Fincher movie with incredible performances across the board from Jake G, Ruffalo, RDJ and more.

5. Next - Next dealt with a contestant going on blind dates with possibly up to five other single people, known as "the daters", who were secluded on a RV, referred to as the "Next Bus". The added twist was that the date could end at any time by the contestant shouting "next". - I've been plowing through this show and it is still a fucking riot.