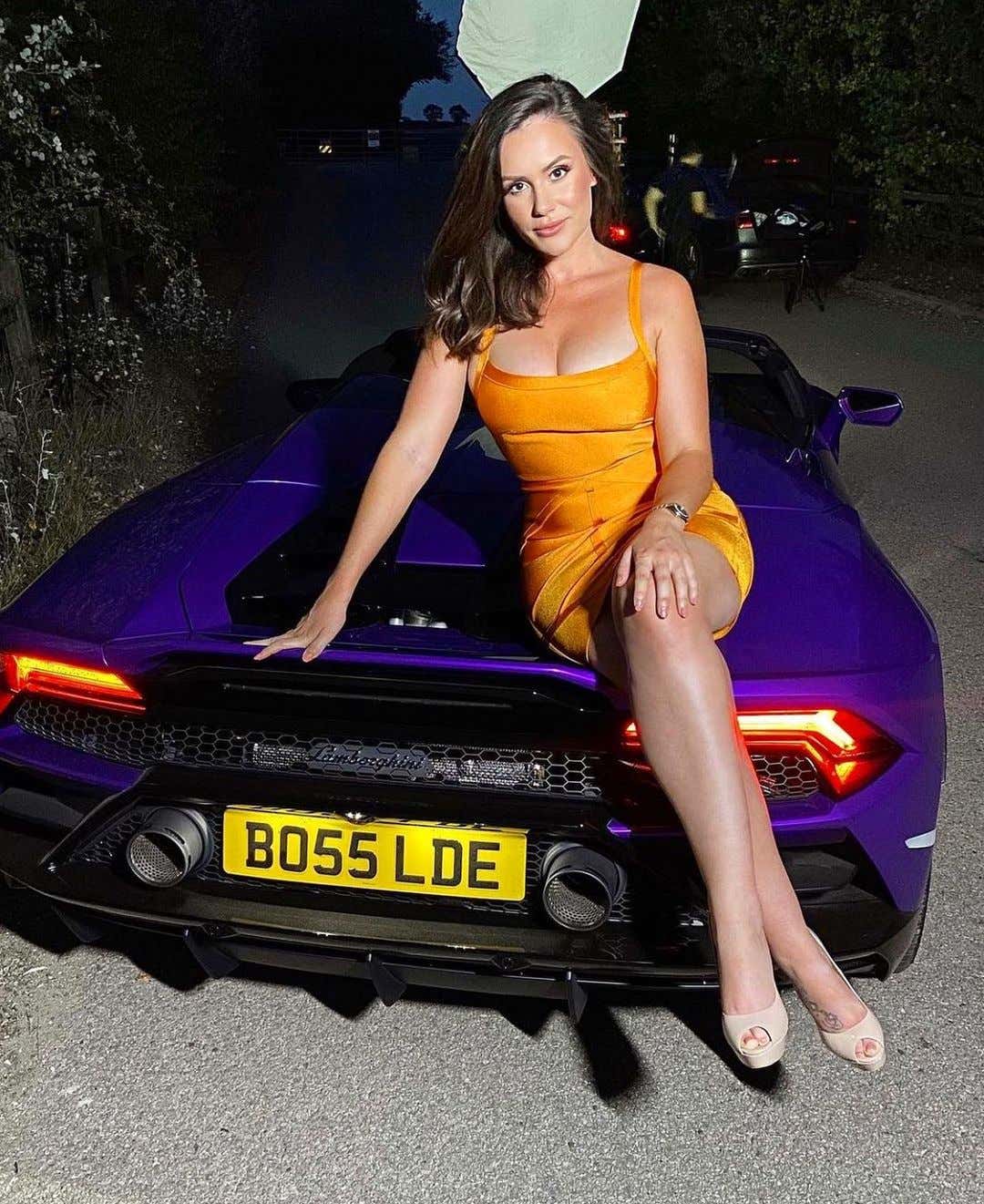 Throughout the 1 year+ of economic hardship wrought by the pandemic, as politicians and governments have squabbled over who gets help and how much… one platform has been steadily and consistently providing a glimmer of hope for anyone looking for a non-traditional means of making ends meet:

News.com.AU — A former police officer has raked in $2.3 million after ditching her uniform and starting an OnlyFans page selling raunchy photos.

British woman Charlotte Rose joined the police force at the age of 18.

Sshe disliked the male-dominated working environment and claimed the job was ill-suited to her.

The OnlyFans site has been a godsend for the women (and men!) utilizing it as a source of income after they saw their hours get cut and shifts get cancelled. Because if there's one thing that's pandemic-proof, it's the horniness of Men Online.

Charlie Rose : $2 million+, wear or don't wear anything she wants, drive a Lamborghini.

Of course, it's not like finding a Willy Wonka golden ticket in your candy bar — you gotta be ready to put in some serious work, and even be ready to sacrifice some things you hold dear, like friends —

“I’ll go out maybe once every six months for a night with the girls, and for the odd dinner, but otherwise I’m at home hustling.

“Usually I work 14-16 hours a day, and even if I’m on holiday I’ll do between four and six hours to make sure there is always new content up.

“I can’t remember the last day I had off.”

Charlotte’s good fortune has come at a cost – her social life.

“Some people think it’s easy money and you just have to post a few nudes, but they don’t see how many hours a day I’m hustling.

It's called #TheGrind for a reason. But when it comes down to a couple of gal pals vs. feeding your family and driving a Lambo, you gotta do what you gotta do.

Officer Charlotte thinks she found the secret to maximizing OF profits, so all you aspiring PPV models get out the notepads:

…while some OnlyFans creators take their images and videos to explicit levels, Charlotte says she keeps her account “tame” and believes that is the reason she’s so successful.

“My page is very tame but it works because I’m niche. So many pages are hardcore but I won’t do that. I like my page to be different.

“I’ll role-play and talk to the camera as if it’s a guy and cover some fantasies, but it’s mostly me talking to them.”

… “I have a loyal fan base who tell me they wouldn’t stay on my page if I became more explicit and I do well by being different to everyone else.

“Other girls are shocked that I earn as much as I do without doing more on camera.”