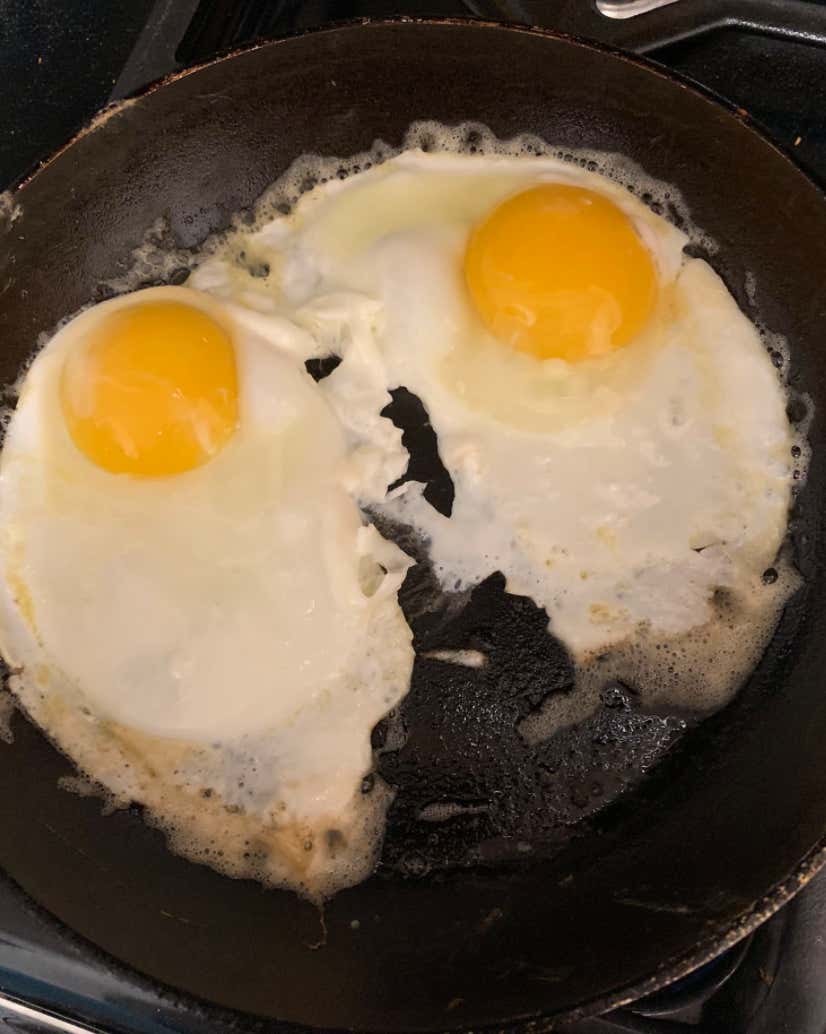 Everyone loves a good breakfast sandwich while hungover on a Saturday or Sunday. The classic go-to is a bacon, egg, and cheese, but I've never really loved them. So I've been looking near and far for my own personal breakfast sandwich. Trying out different things from delis, buying ingredients and making things at home, swapping things out, moving them around, trying to get the correct combination that hits every taste bud, reduces the hangover, and doesn't give me grade A diarrhea. And now, after 32 years of living on this planet, I have perfected my perfect breakfast sandwich. It is: 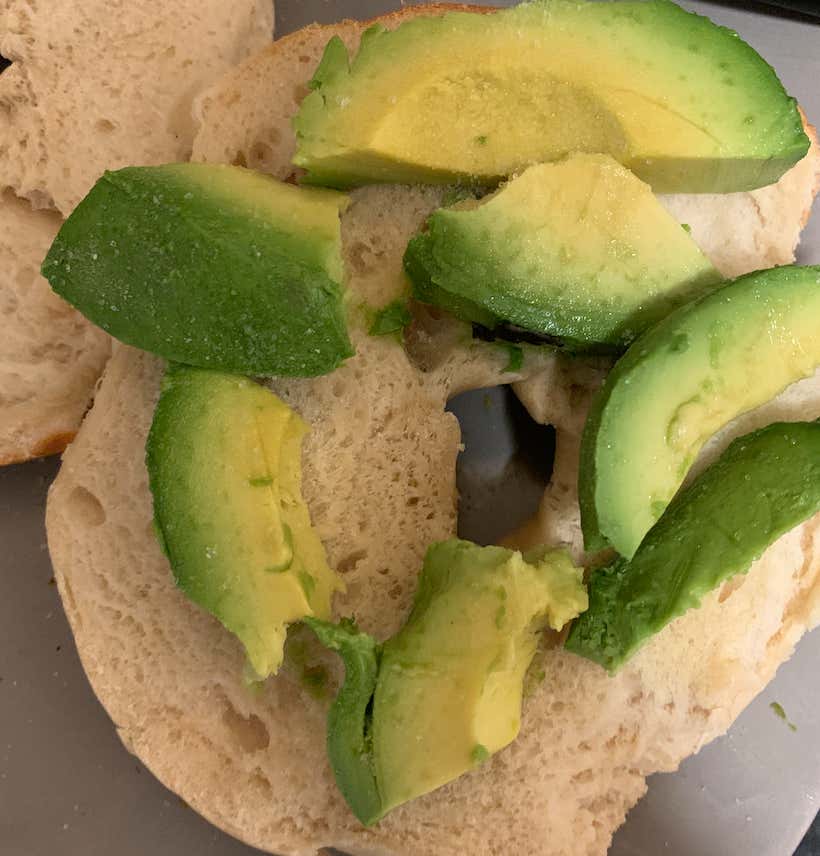 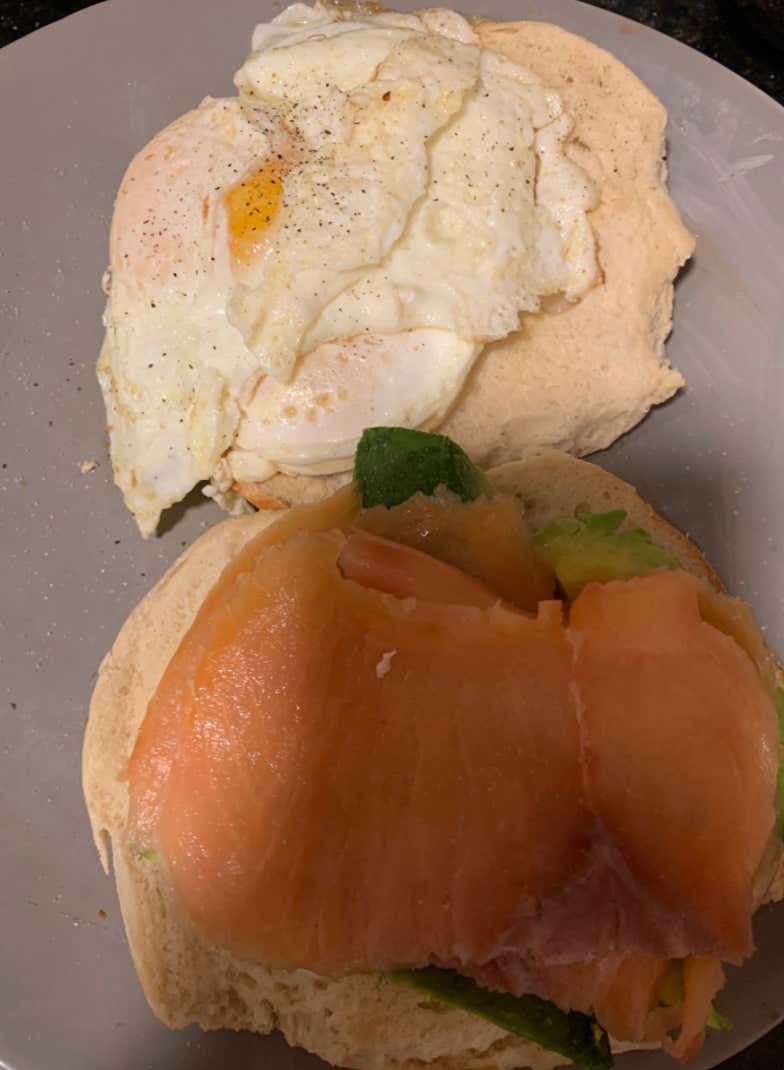 - A little bit of spinach 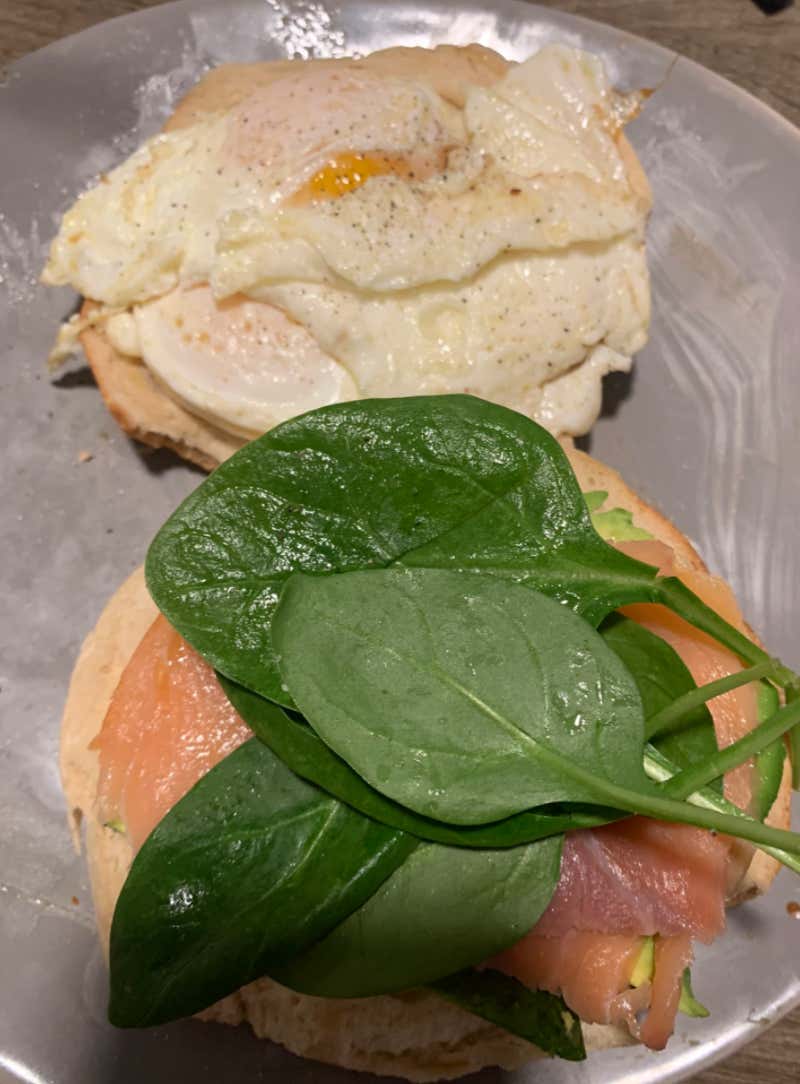 - Salt, pepper, and red pepper flakes, all on a bagel. (I do a plain bagel simply because I don't like everything bagels, but I understand everything bagels are the new hotness so use that kind of bagel if you so desire.) 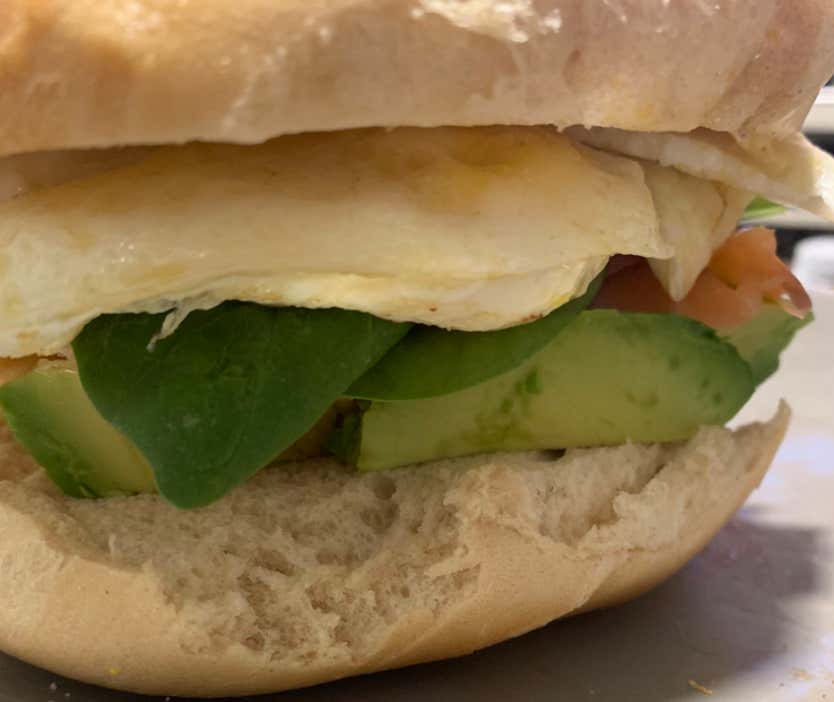 And a more sloppy picture:

Hot sauce is a glaring omission to this, but I enjoy the red pepper flakes more than hot sauce in this instance. The running yolk makes it wet enough, I don't want even more moisture on the sandwich, though I would not fault anyone who added some, as obviously it would go nicely. Same with red onion, I just hate when onion overpowers the rest of the sandwich, so I am out on onion right now.

I was so happy with my creation I wanted to share it with the world. And that's where controversy struck. Let me tell ya- Twitter can be useful, and sometimes it can be fun. Sometimes it can also be the worst creation in the history of the world. I usually end up frustrated from Twitter, and I completely understand why most people I know are using it less and less, because rarely anything good comes from it, unless you're into strangers telling you the meanest things possible, 24 hours a day (we don't kink shame here).

In this instance though, feedback was mostly good. It's just an innocent enough egg sandwich, ya know? Except for one thing I never expected:

I had not a clue what Andy was talking about. Breakfast sandies are now "non relatable"? What planet are we living on?

I was stunned. Reading this back I still am, but I was stunned at the time too. "Who pretend to know what lox is" made absolutely zero sense to me. As if I was flexing by putting lox on a breakfast sandwich.

People were acting like they just saw the…wait for it…loxness monster.

Lox. It's salmon. It's everywhere…or so I thought. You can eat it on a bagel with cream cheese, you can add it a breakfast sandwich, you can eat it by itself if you'd like, but man, I had never been more stunned. Sometimes you think everyone is on the same page and it turns out you aren't even reading the same book.

And it only got worse: 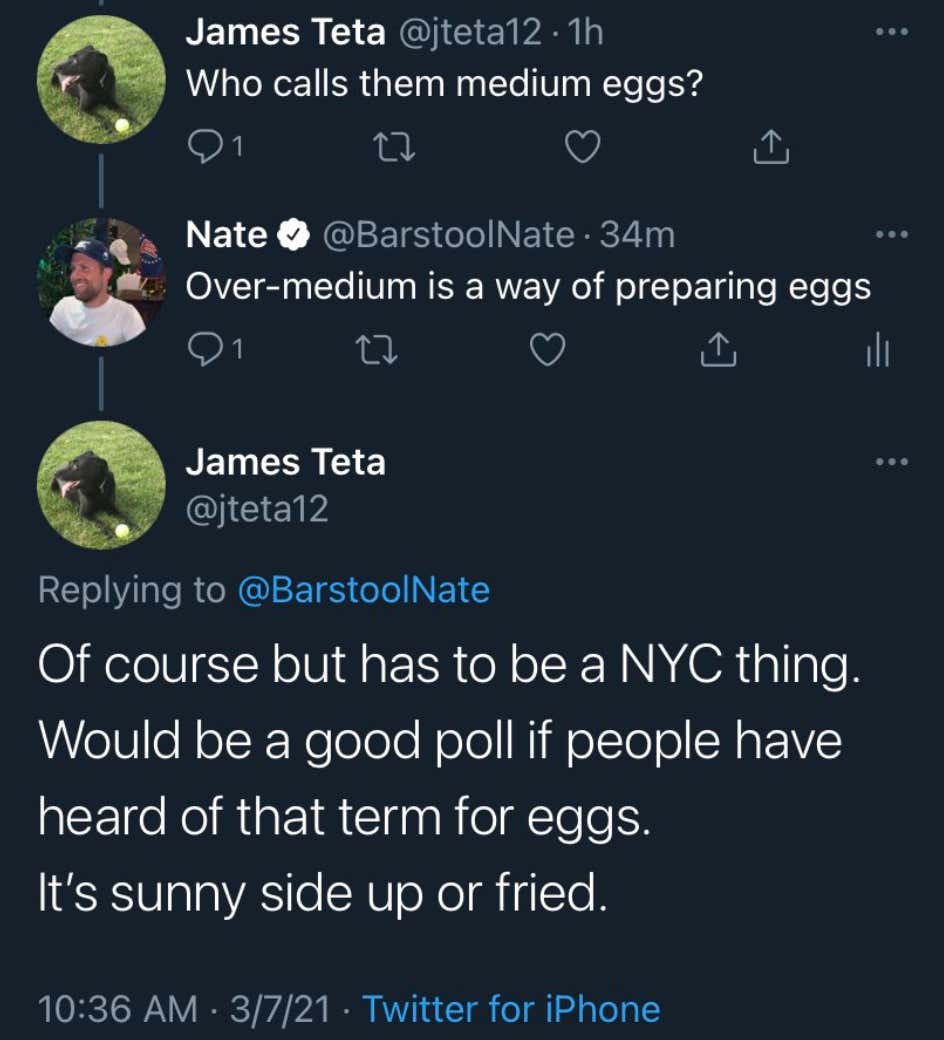 I still am speechless.

Maybe it really is me. Maybe I just know too much about…checks notes…eggs. I didn't think anything I said was too out of line, and apparently eating lox or cooking eggs over-medium basically makes me Bobby Flay. It's a compliment I suppose, but boy, sometimes I wonder if this planet is just not for me.

So I implore you all, find the breakfast sandwich of your dreams. Or try mine out! I call it "The Nate". Pretty good name, I agree. I buy all the ingredients from Trader Joes, besides the bagel which I pay $1.20 for at my neighborhood bagel shop. It's nice and soft and warm, it's perfect.

And I DO NOT toast the bagel! Yes, I think this is a product of me living in NYC for 4 years, but I no longer like a toasted bagel. A nice, soft, fluffy, fresh bagel does not need to be toasted. Again, you do you, if you like it toasted, be my guest, but I have come to love an untoasted bagel.