I've loved the NFL Draft for as long as I can remember. It's a small event that only lasts three days, but provides a ton of off-season fodder. I attended the draft every year from 2005 - 2011 when it was in New York City and would just soak in the atmosphere. One of my favorite days of the year would be waiting on line outside at Radio City Music Hall in mid-late April with a few thousand of my closest friends all wearing football jerseys talking ball until we got the wristbands to come back the next day for the 1st round of the NFL Draft.

At Barstool, the platform was so large, but it was such a short event that required a ton of knowledge, so I was very excited when I was green lit to put out my first Mock Draft in 2018. Over time, I became more accustomed to putting out Barstool Draft related content like my annual appearance on MicksTape or hopping into Pardon My Take to give guff to my peers in the space, like fellow Senior Draft Analyst Todd McShay.

So when I was on The Rundown the day of the 2019 NFL Draft and Dave introduced me as a "Draft Expert", I was quick to correct him to a title I saw more fit:

Things were going swimmingly and we even started to cover the NFL Draft live! But last year when I was infamously duped by a source that intentionally burned myself, Brandon Walker, & Rone on a private group text we had during our live coverage. This pic really tells it all. It wasn't my finest moment. 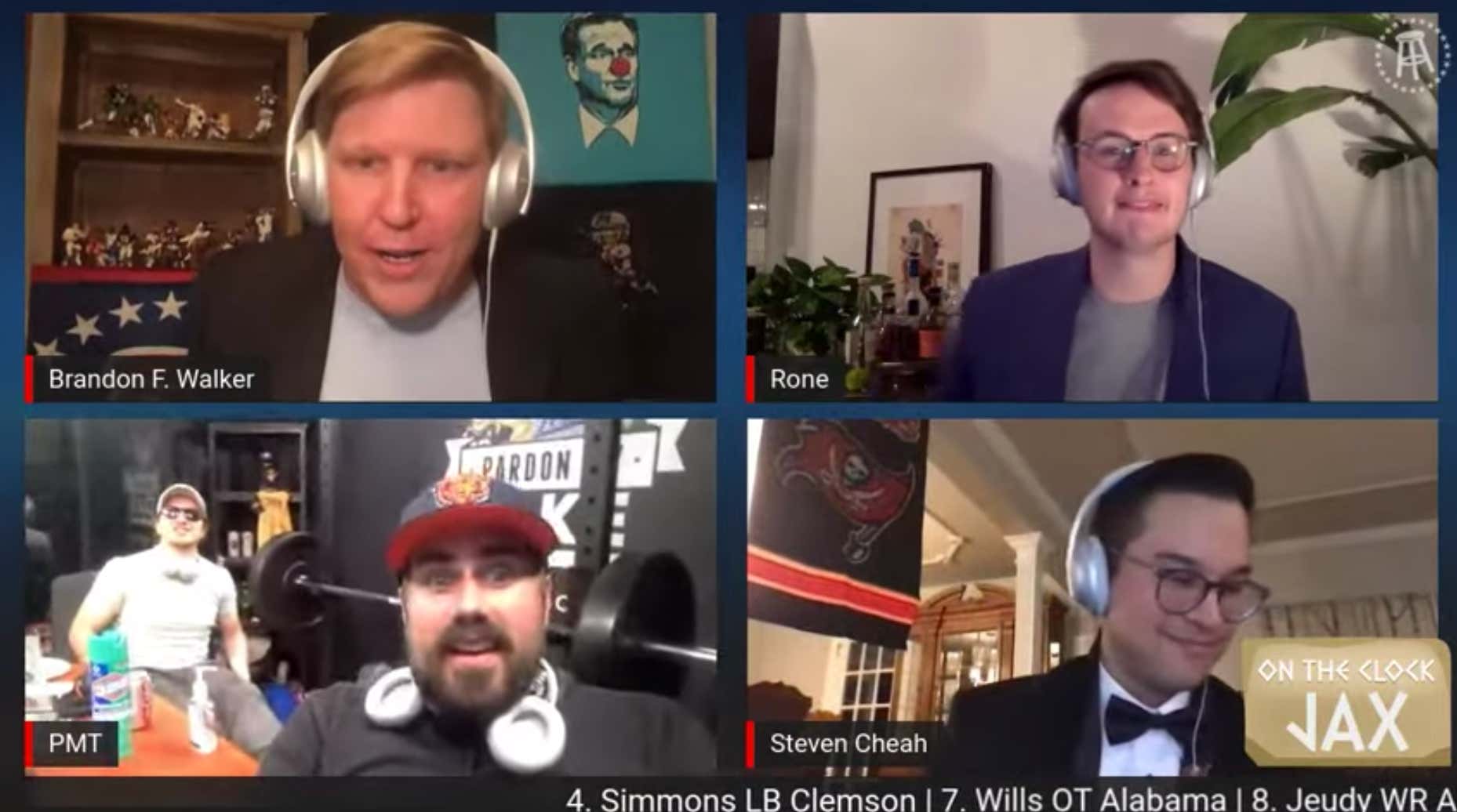 But after working hard to grind on the 2021 class, I put out Mock Draft 2.0 today. We've also had some departures from the Barstool NFL Draft department (Caleb - moved to Florida, Jeff Nadu - Parts Unknown), so Big Cat decided it was a day for a full re-org. With that came a promotion for your boy and the corresponding Twitter bio update. 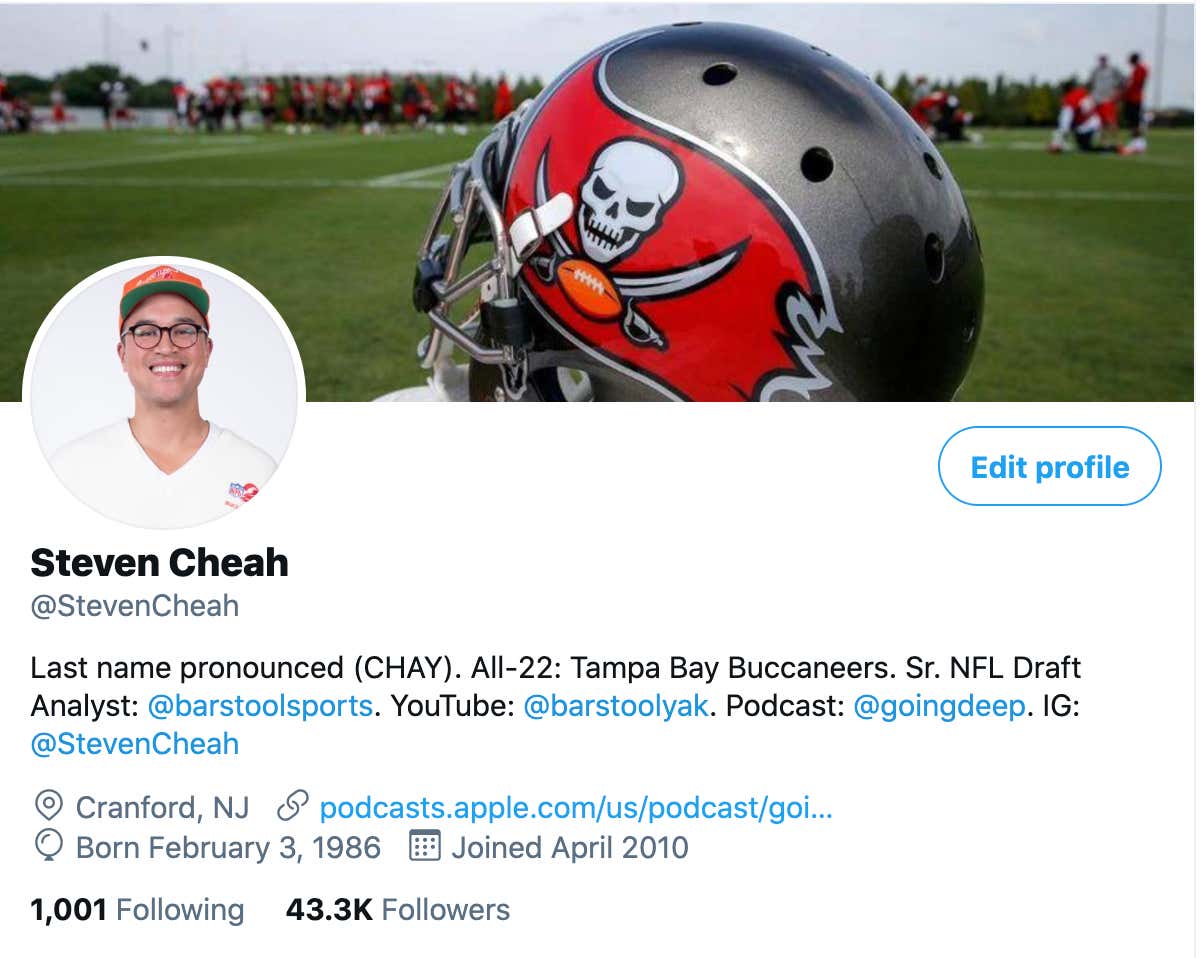 Thank you to all the Draftniks and Stoolies for the continued support. As The People's Senior NFL Draft Analyst, I pledge to bring you a bunch of great coverage and moments to make this Draft Season one for the books!