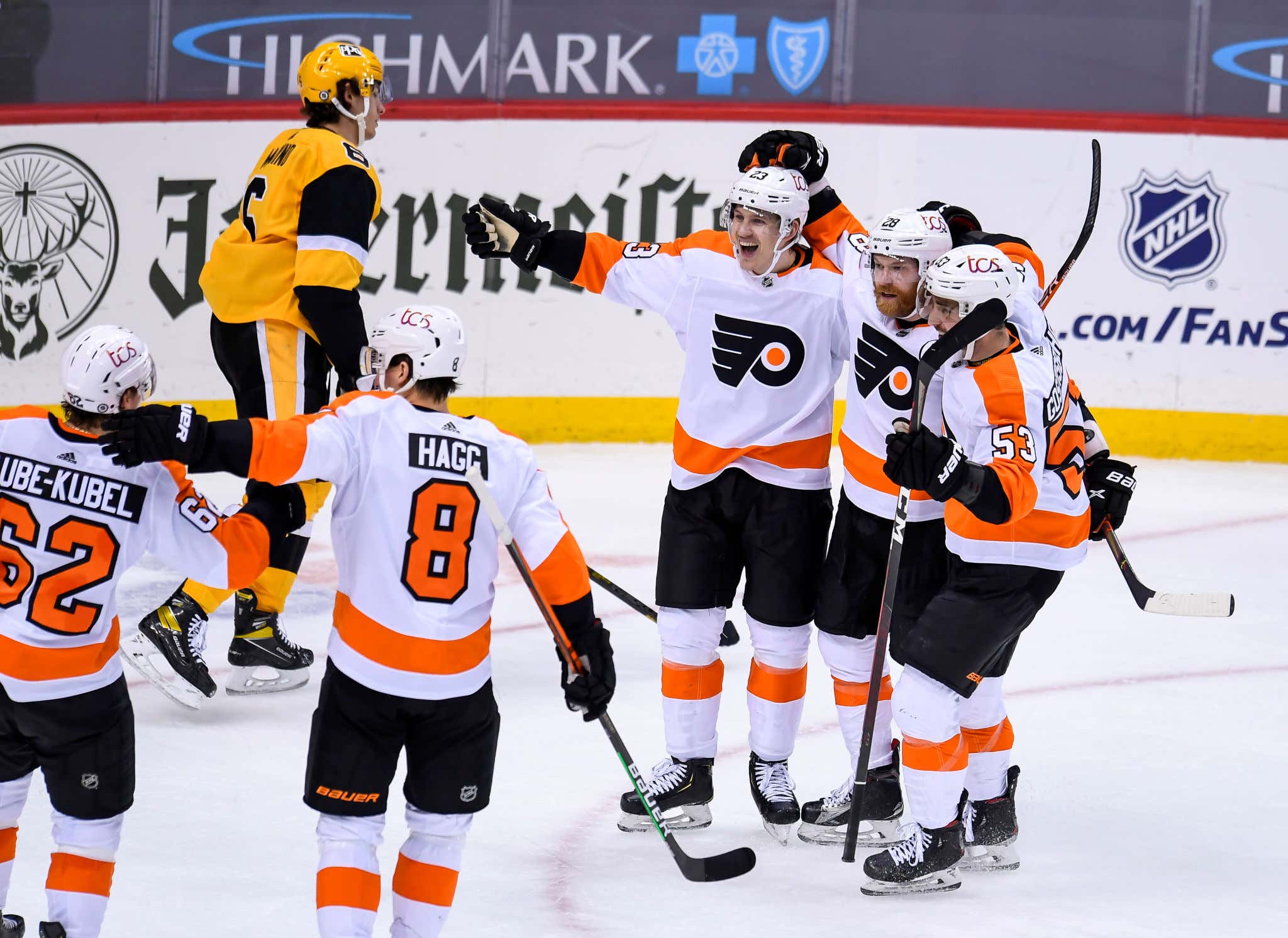 You see, this team is addicted to shooting themselves in the dick. This team loves making life so much harder on themselves than it needs to be. The Philadelphia Flyers dig so many holes for themselves that their mascot should be Stanley Yelnats. I mean what in the actual fuck were those first 5 minutes of last night's game?

This isn't an issue that has just recently started to pop up, either. These are flaws in the Flyers roster that have been killing them since, at the very least, last year's playoffs. The slow starts. Looking wildly unprepared. Giving up multiple goals in rapid succession. The quickness at how quickly things can completely fall apart for this team. Going down 3-0 to Pittsburgh last night before the first commercial break wasn't anything out of the ordinary for this team. But neither was the comeback.

That's what is so frustrating about this Flyers team. When all is said and done, the Flyers are a really fucking good hockey team. There's not a single team in the league that I think the Flyers simply wouldn't be able to keep up with in a 7-game series. I mean they obviously need help on defense. I think Shayne Gostisbehere was like that tube of toothpaste that you keep refusing to throw away and you have to roll the whole thing up just to get a little drop out of it. So we got a couple more drops out of Ghost this season but that's it. The tube is bone dry. This defense actually sucks at the moment. But the rest of the roster gives this team a chance to win every single night.

So once they stop shooting themselves in the dick? Once they stop digging themselves some 3-0 holes to climb out of? Once they stop coming out for games looking like the boys were just firing up some 3Chi right before puck drop? Once these guys stop giving up goals immediately after another goal was just scored? Well at that point, it's over for the rest of the NHL. Because the only team in the league right now who I think can consistently beat the Flyers on a regular basis is themselves.

P.S. - Yeah, this is obviously a take that I would have liked to have back from early in the game.

I still feel like we need so much more out of Giroux. I think the issues that keep coming up to bite this team in the ass aren't necessarily a leadership issue, but could be fixed quickly with a different leadership approach. But last night's game after the first period reminded me of why I love Claude Giroux so much in the first place. He's still the heart of this team. He's still the guy that when he gets it going, everybody else immediately follows.

But I just need that on a more consistent basis. Doesn't seem like a major ask to me. I love Claude. I never want to see Claude in another uniform besides a Flyers one. But I just need him to be Captain Claude more often instead of just when the Flyers are spiraling out of control and they need someone to save the day. But luckily Sean Couturier fills that need for the most part.