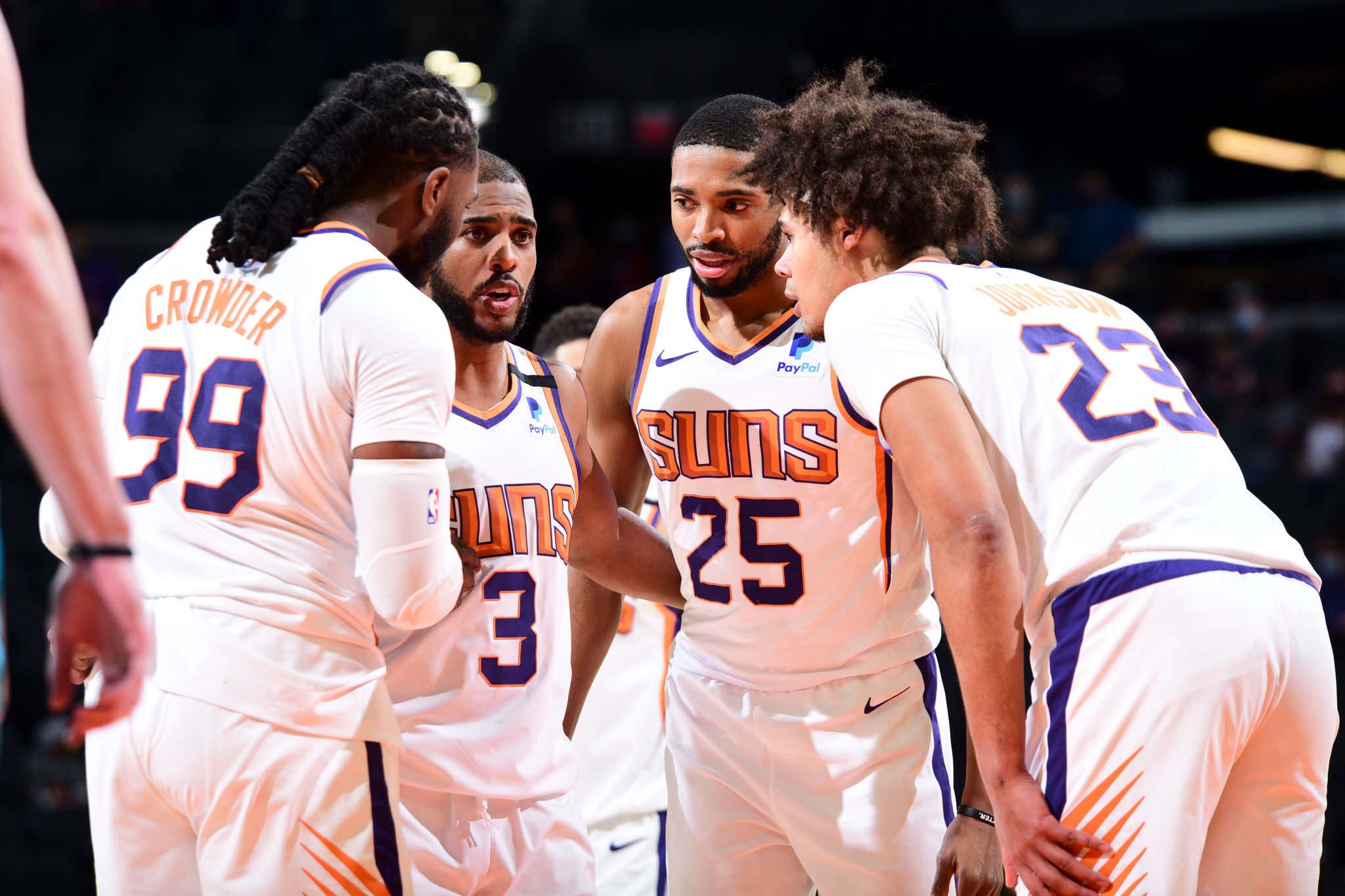 When the Suns went 8-0 in the bubble this past summer, you could tell they were well on their way to building something special. Here are the facts. Since the bubble, it is the Phoenix Suns that have the best record in the NBA. They are 31-11 which gives them the best regular season record over that timeframe. It's not a fluke, it's not an accident, it's reality. In about a year and a half James Jones and Monty Williams have taken a team with the second worst record in the league to a team sitting pretty in the 2nd spot in the West with the league's 2nd best record (by winning percentage).

A huge part of that is obviously adding Chris Paul, he's been a huge reason why they collectively have taken a leap. But if you're looking in terms of rebuilds, it's hard to argue that the Suns weren't well on their way even before he got to town. Mikal Bridges looks like a home run draft pick, Ayton is coming into his own, Cam Johnson, a guy many laughed at being taken so high, is shooting 38% from three making over 2.0 3PM a night. Booker is taking a leap. Crowder was a great veteran addition in free agency. They basically haven't missed.

But I keep thinking about something that took place in the bubble. It came after their final win while their future was still uncertain. This speech by Monty Williams

You knew right then that the Suns were on the brink of breaking through. He was right too. That bubble run showed they belonged. The entire basketball world looked at the Suns differently after that run. There was real respect. The next step was building on it, proving that it was legit and that they were ready to be taken seriously.

They own the league's 8th best offense, 6th best defense, and 3rd best overall net rating. Combine that with the 4th best AST% and it's hard to find an area this team isn't legit in. We're past calling this a small sample right? We wouldn't say this for any other team that has been on this same type of run.

No team has built on their bubble performance more than the Suns. It just goes to show you that as a rebuilding team, sometimes making the playoffs even if you get swept can help. The Suns technically didn't make the playoffs, but the bubble experience was like a playoff series for them. They had to win every game just to have a chance. Look at how that helped their development. Finding the right coach made all the difference. Smart front office moves are paying dividends. It's about as model a rebuild as you'll find in the league right now.

The next part is obviously the hardest part. Now they have real expectations. Now they have to deliver in the postseason. They also have to make some financial decisions with their young players. Ayton is going to want the max. Bridges is going to get the bag either from the Suns or in RFA. Remember, their owner is someone who refuses to pay for a good team. Remember what happened during the Nash era? Is he going to want to pay the tax for a team that might not win a title?

In my opinion, he has to. The Suns are not only relevant, they're legit good. It's been a long time coming and all signs point to it staying that way for the foreseeable future.