I have no idea what the exact rules are of this sport or anything but I need more of it. It looks legit awesome. Full on contact and basketball? It's like Slamball without the trampolines. Sure there is a ton of traveling, but that seems to be within the rules. Again, no idea here. Feel like you should have to dribble. As our guy Robbie pointed out, Khabib played this once before:

Gotta admit this play design is sweet. Coaches across the country design plays off the tip. Win it and get a quick bucket off a flare screen or something. But this? Imagine if you could just tackle an opponent after the tip. Gotta admit, this guy clears a lane big time here: 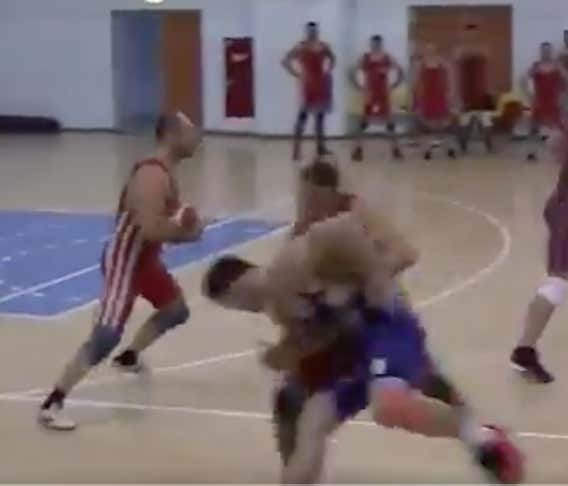 Follow that up with Igor here in red setting it up to where his guy could shoot a wide open three. But that's now how Russians do it. Shots inside the lane only in Russia. 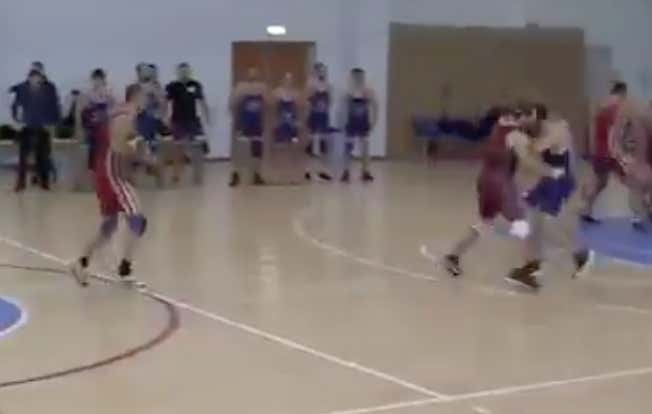 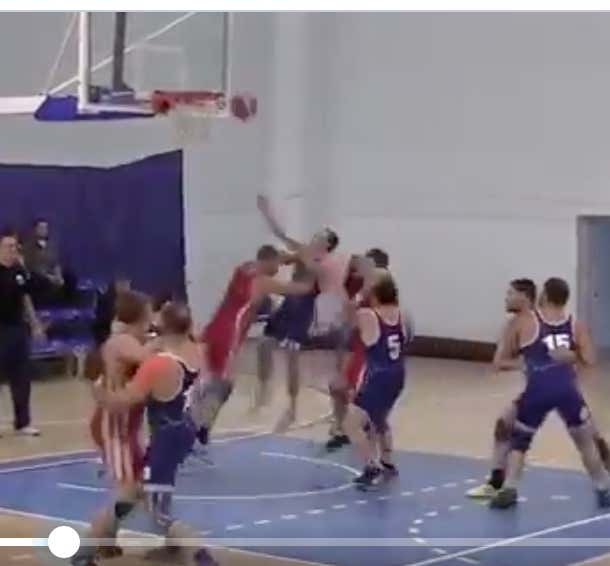 It's still bullshit we don't have Slamball. That was the best. It was can't miss TV with brutal hits, awesome dunks and trampolines. They at least dribbles in Slamball from time to time.

Imagine how good the US would be at this. Get a bunch of offensive and defensive linemen that don't make it to the NFL and line them up. Get one receiver or safety to run point that can shoot. Hell get KB out there. Something tells me that guy would run around this sport. If you went to a big school you know the football team was always awesome at intramurals. No reason to think this wouldn't translate for the US to dominate the world at something else. At the minimum get the old school WWF guys back in it: