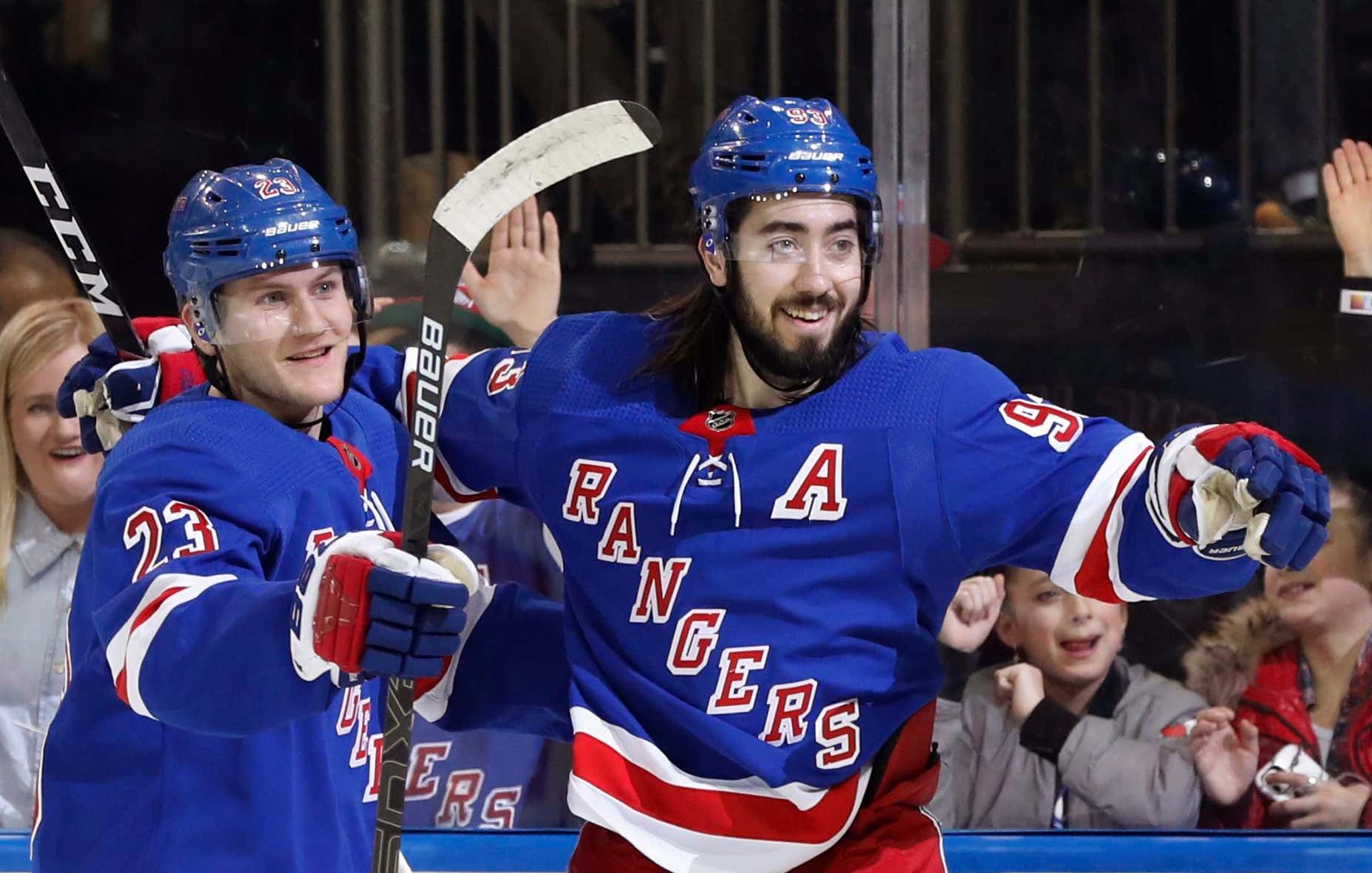 First Chytil out for 4-6 weeks. Then DeAngelo forever. Trouba next for 4-6, Covid nabs a surging Kakko and now Panarin is on leave for who knows how long. On top of all that, Zibanejad has yet to even show up. What a month. Despite all that though, these next couple weeks will essentially decide whether or not they're playing important hockey for the second half of this shortened NHL season. Without all hands on deck, their remaining superstars have to produce like superstars & not only carry the load but make those around them better. Immediately.

I understand the possibility of playoffs was slim once divisions were realigned & wild cards were tossed out. I understand that this Blueshirts squad is still in a highly developmental phase touting the league's youngest roster (when healthy). That's exactly why these next couple weeks are so crucial though. Regardless of if they steal a postseason bid, the Rangers development needs meaningful hockey to continue for as long as possible. Falling apart now will almost certainly be a nail in the coffin.

After two straight wins, they sit at 6-7-3 with games in hand on most of the five teams they're chasing. They kick off an 8-game stretch with Philly tonight, then a pair against a monster Bruins squad before a run of tilts against teams they simply have to beat (BUF, NJ, PIT). Gotta come out of that with double-digit points to sit above .500 while working their way towards full strength. The only way that's gonna happen though is if Zibanejad and Fox flip a switch and start to dominate offensively.

I know it sounds weird to call out Fox - he's been outstanding overall - but the Rangers actually need even more right now. After a scorching start with 7 points in 10 games, the sophomore has gone cold on the stat sheet for the last 6 while quarterbacking a power play clicking at less than 13% - good for 28th in the league. It's not an ideal situation missing #10 as an option when you're up a man, but NY needs to start taking advantage of their advantages if they plan on staying afloat. If they were firing at last year's pace as a top-10 PP unit they'd have 8 more goals this season. Those are critical for a team that's lost 7 of 9 one-goal games. This isn't to say it's Foxy's fault - but a turnaround falls largely on the shoulders of the facilitator.

The LI kid is gonna need a finisher though. Might be time for the lusciously locked DJ to show up for the 2021 season after burying 41 (15 on the PP) in just 57 games. Now let's be honest - Mika Zibanejad isn't gonna light the lamp at a 59-goal full-season pace annually. 30 is expected though, which translates to 20 for this condensed schedule. Does he have 18 left in him? It took an empty-netter to end a 12-game drought with just a sole assist (on another ENG), so Rangers fans everywhere are hoping that tiny spark is enough to wake up the snakebitten star who laced one-timers through goalies habitually on the man advantage last year. He's proven he can run white hot, and white hot Mika is what this team desperately needs.

Zibanejad catching fire would also mean big things for rookie Alexis Lafreniere. The top overall pick only has a pair of tucks (both game-winners) to show for what's largely been a solid debut in driving offense, but if #93 is wheeling then that'll benefit Lafreniere now that he's been thrust into a top-line role on Zib's flank. It's usually not ideal to level heavy expectations on teenagers fresh out of the draft. Still, it's a big time opportunity for Laf to give a taste of his ability to flourish under adversity on the pro stage. If Zibanejad gets going, so does he and alongside Buchnevich they're undoubtedly skilled enough to produce like a top line should.

The Rangers have all of a sudden turned into a respectable defense under the tutelage of Jacques Martin. Igor Shesterkin has been among the league's best netminders for the last month after a bumpy start. Even depth scoring has been there from unheralded names like Blackwell & Rooney. Top-line & powerplay scoring was supposed to be the easy part for this team. If they don't plan on waving a white flag in a couple weeks, it's up to Zibanejad and Fox to make the easy part easy again without their top gun for as long as he's away. Not soon. Not in a game or two. It's gotta start tonight.