HNHH- This probably wasn't the Monday (February 22) evening that Meek Mill expected, but here we are. The rapper has been under heavy scrutiny over the past week due to not only his run-in with Tekashi 6ix9ine, but his controversial Kobe Bryant lyric in a snippet of a song reportedly with Lil Baby. "Yeah, and if I ever lack I'm goin' out with my choppa / It be another Kobe," Meek rapped in the viral clip. All these days later, Vanessa Bryant addressed the line, calling it "insensitive" and "disrespectful."

The controversy soon dissipated and new viral moments have taken its place, but almost a week later, Vanessa Bryant has come forward to address the lyrics. "Dear @meekmil , I find this line to be extremely insensitive and disrespectful. Period," Kobe's widow shared to her Instagram Story. "I am not familiar with any of your music, but I believe you can do better than this."

"If you are a fan, fine, there's a better way to show your admiration for my husband," she continued. "This lacks respect."

Soon, Meek resurfaced with a tweet. "I’m going back savage in this sh*t ... f#%k ya feelings!" he wrote. It's unclear what he's referring to, but you can check out the posts below. 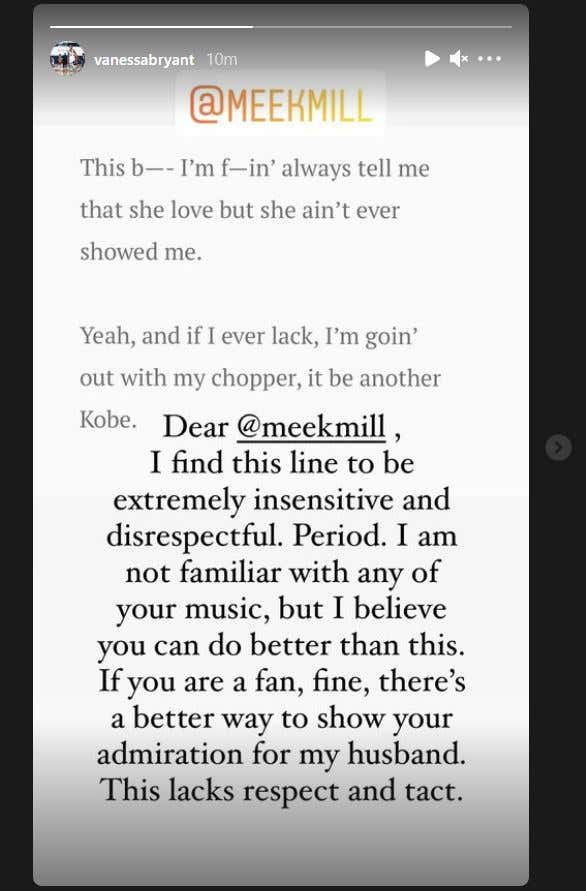 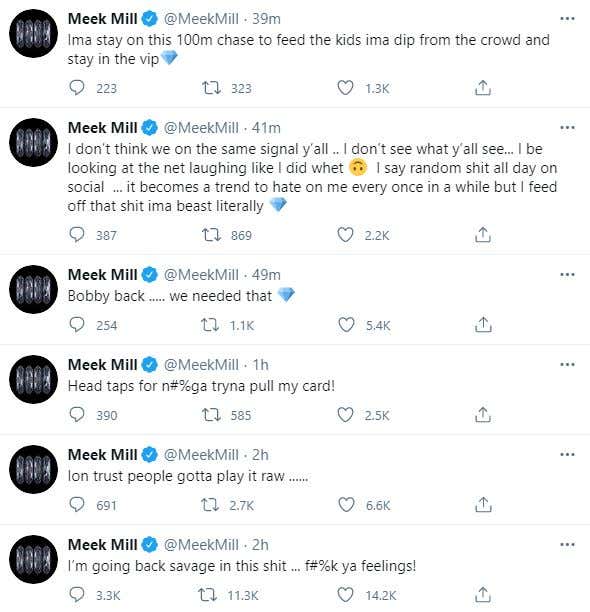 First off, Vanessa with the

"I am not familiar with any of your music, but I believe you can do better than this."

I get that Meek has been out of prison for a while now and that "I'm gonna do better and make everybody proud" thing has worn off and he's back to feeling cocky, but I think now is about time for the brain trust that lobbied to get him released drops him a text and tells him to shut the fuck up.

Telling the widow of a beloved, generational athlete who tragically passed away, that had never heard of you until you mentioned her husband's helicopter crash which claimed his and their daughters' lives, to, quote, ""I’m going back savage in this sh*t … f#%k ya feelings!", is just trash.

I know Meek is the hero of Philly and I'll probably catch endless shit for this but seriously, clean it the fuck up Robert (real name).

Be the man you told everybody you were gonna be once you got a second chance at freedom. Stop putting yourself in positions to get in trouble with losers named 6ix9ine, and focus on making sick music, without disgracing anybody's name in the attempt to be witty. Pretty simple formula.