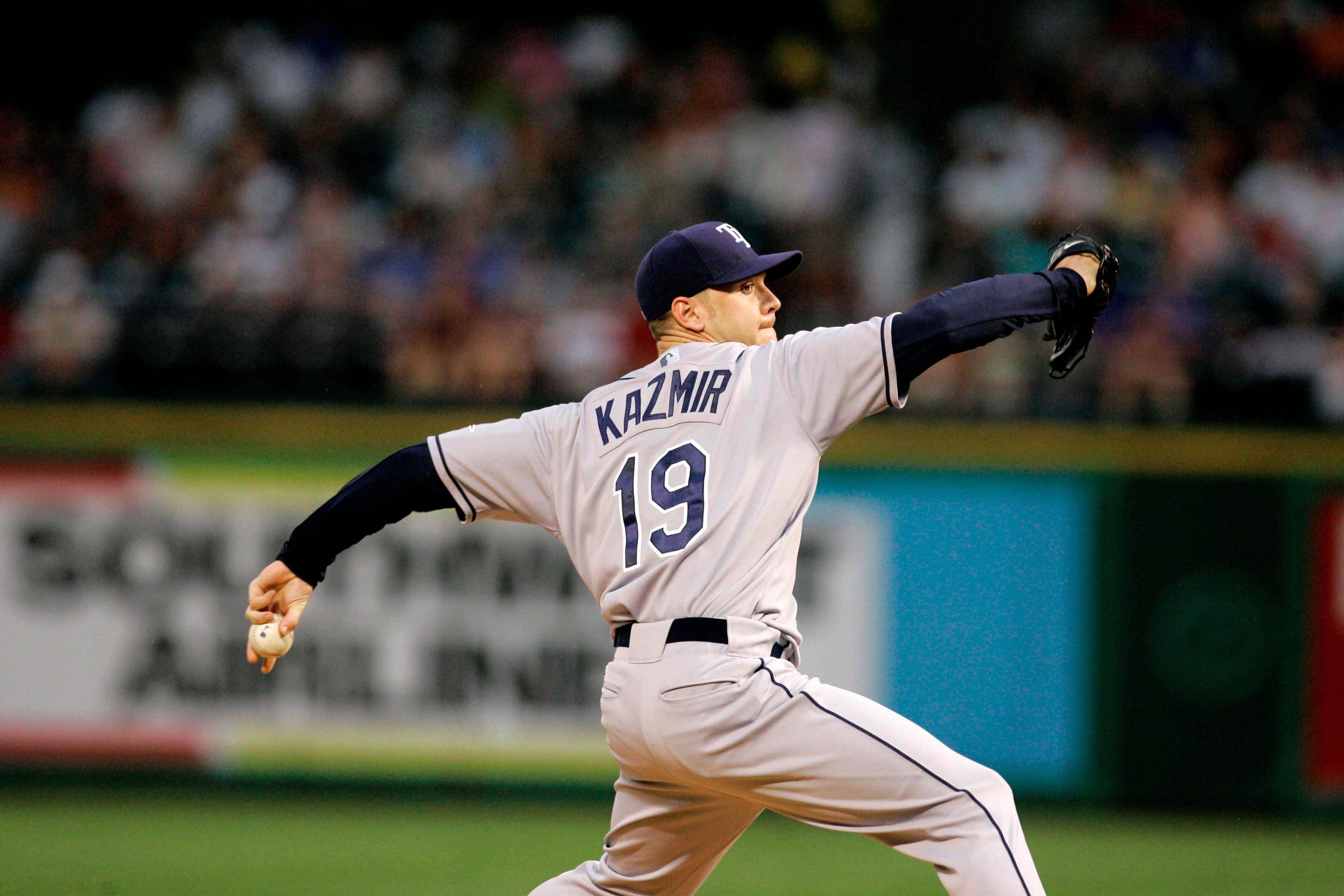 You're probably reading that Buster Olney tweet and assuming it's from 5 years ago. No your eyes are not deceiving you, it's from TODAY! Scott Kazmir is still trying to pitch in the major leagues and is in the process of making his 2nd comeback. Remember when the Mets were mocked for letting their 15th overall pick slip away for Victor Zambrano (now 45 years old) only to see Kazmir become a two-time All Star with the Devil Rays? Kazmir became the face of their pitching staff. Yeah that was back in 2004! The team was still called the Devil Rays when he was cooking for them.

This man has had himself a career of ups and downs. In 2011 while pitching for the Angels he was sent to the minors after seeing his stuff diminish. For the Salt Lake Bees he gave up 29 earned runs in 15.1 IP which is good for a 17.02 ERA. He was eventually cut from the organization at 27 years old. This is still TEN YEARS AGO. Motherfucker was pitching in the Independent League in 2012. Incredibly he made a return to the big leagues in 2013 and put together three solid seasons with the Indians, A's and Astros which earned him a three year deal with the Dodgers. One year into that deal he struggled with a hip injury that sidelined him for good until now.

The left hander hasn't pitched in the big leagues since 2016, but is now signing with the Giants that includes an invite to big league camp. And the crazy part is he's still throwing 92-93 mph! He was reportedly topping out in the low 80s after his one season with the Dodgers. This is nuts!

Rooting for Kazmir to make his second comeback and pitch well again.