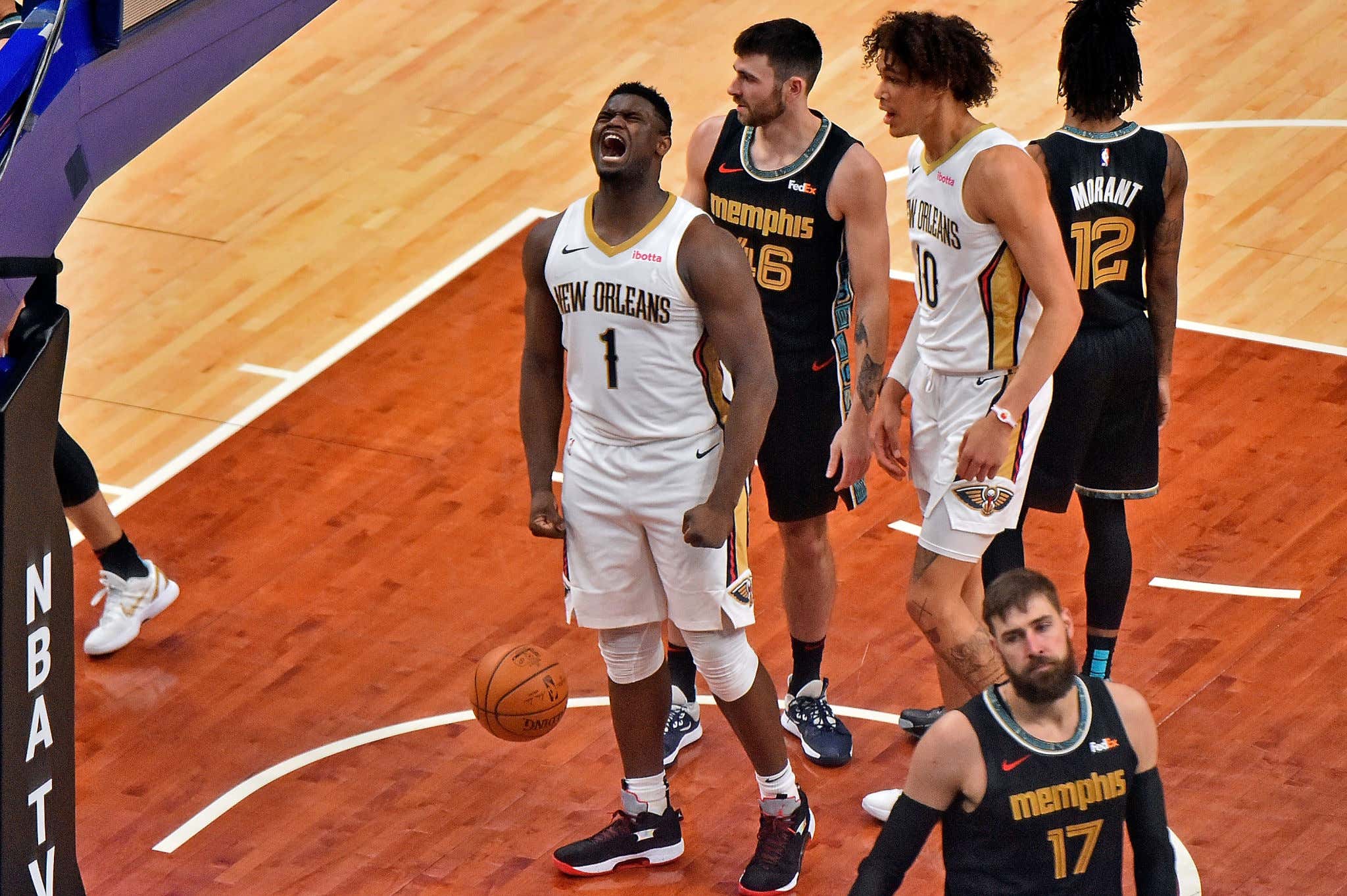 Remember Zion? It was just last year where you couldn't turn on ESPN and not have to hear them slobbing the kid's knob at all times. Almost to the point where I felt like people sort of resented Zion for it like it was his fault. It was Zion this, Zion that, everywhere you looked he was there.

So why does it feel like the exact opposite is happening this season? When is the last time you heard someone actually talk about Zion? What's crazy is the fact that he's having an outrageous second season! Now finally being able to play with the training wheels off, he's even better than he was last season. Last year in 24 games he put up 22.5/6.3/2.1 on 58% shooting and was shoved down our throats.

he did all that in only 28 minutes of playing time. You want another way to look at how great Zion has been to start his career?

We're talking about some pretty rare stuff when it comes to Zion. Remember, he was easily the most hyped rookie since LeBron. That's not exactly a hot take. Well since the second he stepped on an NBA court he's been backing up that hype just like LeBron did. He's making a hell of a case to get his first All Star nod, and it's become clear that nobody can really defend this man. He's too quick, too strong, too powerful. He's not even really taking threes yet which will obviously come over time. There are signs of that being a weapon for Zion, and once it becomes a consistent tool for him what the fuck do you do defensively? You can't put a traditional big on him, he's too fast. You try with a small ball four or something, he can take your ass into the paint and ruin your life. For all this talk about his weight, he seems to be adjusting to the NBA game just fine. Sure he could be in better shape, but if this is the worst he looks and he's putting up this type of production, that's pretty terrifying.

It's just a little strange to me that there was all this hype surrounding Zion when he really hadn't done anything at the NBA level yet, and now that he is better than ever and playing every day, it's crickets. At least you can agree the talk and hype surrounding Zion this season hasn't been anywhere close to what we got last year. Why do you think that is? Is it because maybe the Pelicans haven't taken the leap or something and sit at 12-15? That can't be it because Luka is still getting the same amount of love as always despite the Mavs being 13-15. People talk about him in the MVP race!

I suppose maybe this isn't the worst thing. Like I said people were starting to resent Zion for all the attention and love he got, so maybe him being better while also sneaky being under the radar is a good thing. It allows us to just enjoy what he's doing on the floor, which is shit we've only rarely seen in NBA history.

There's just no denying he's proven to be as advertised and then some. Do yourself a favor and tune into some Pelicans games if you haven't been watching this season. Zion has been an absolute force.