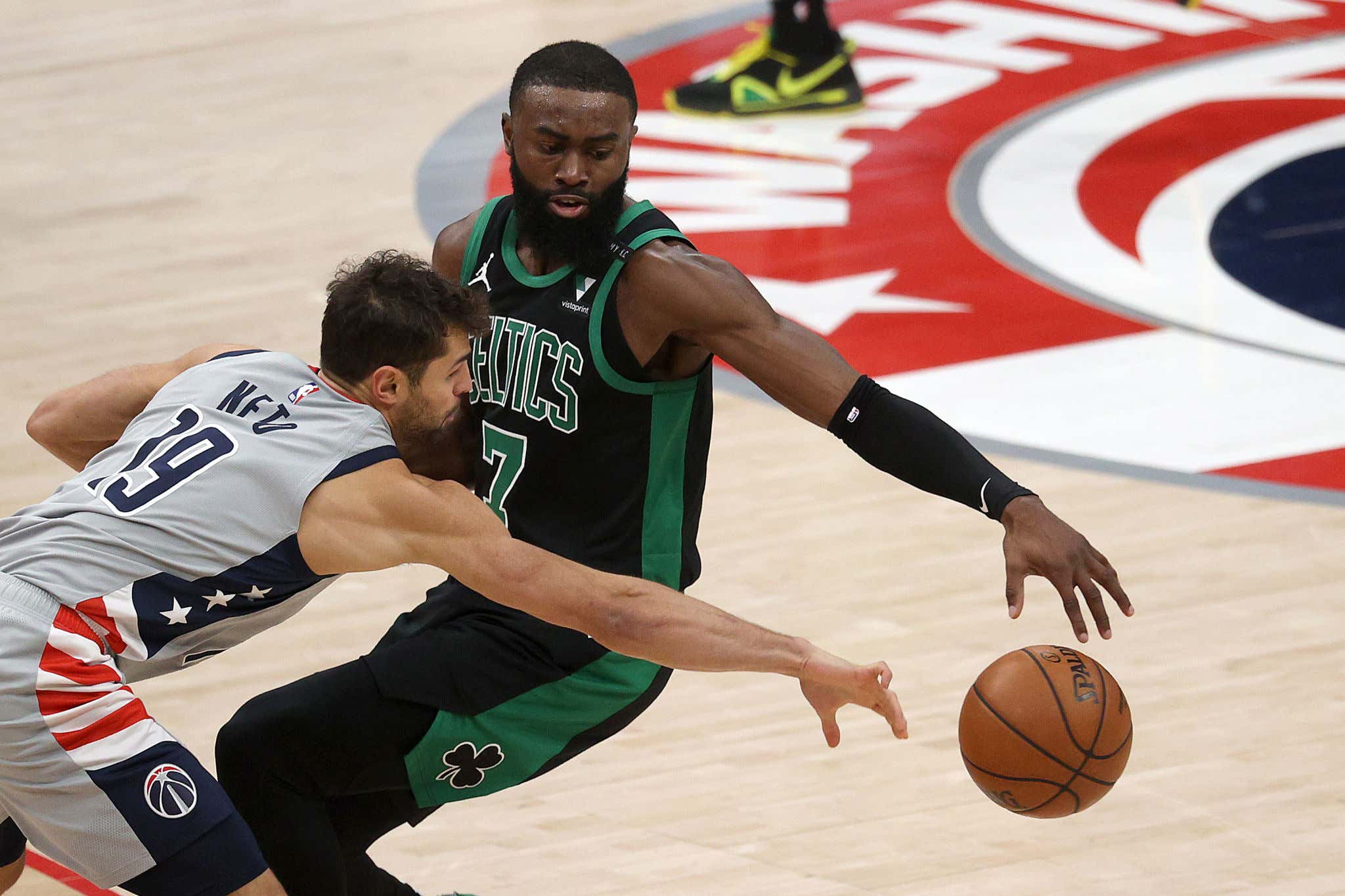 Normally I'd let this shit marinate so I could collect my thoughts for the blog, take some time to dig into things, shit like that. Now? No chance. I can't wait. I'll just let you know that this blog is running on about 95% emotion and it sure as shit isn't positive emotions. How could it be? It's not just the 13-13 start through 26 games. Whatever, weird season, tons of teams have weird records. It's the fact that this Celtics team doesn't even look good enough to be a .500 team. Calling them a .500 team is insulting to .500 teams. I mean jesus fucking christ guys can we pull ourselves together and look like something that even closely resembles a functioning basketball team? Let's just start there. Don't even waste your time about what could make you a "contender" or any of that. Let's just start by not getting waxed by the two goddamn worst teams in the Eastern Conference in back to back games. Woof city.

Show me that you have actually played the sport of basketball before. I'm not even remotely joking. What have we seen over this stretch of games that tells you this team has ever played this sport before? Because I have to say, what I am watching from this Celts team right now ain't it.

We have a lot to get to, none of it good, so let's just get into it.

- I'm so mad at this team right now I'm not even going to blog about how Kemba looked like the Kemba of old. You know how long I've been waiting for that this season? Now we finally get it and I can't even blog about it. Fuck this team for that.

- In the history of the NBA has there been a worse team when it comes to early starts? I don't think we've seen the Celts play well in a single one of them this year. Doesn't matter who it's against. So what's the deal? Why should it matter what time you're tipping off? Last time I checked this is the NBA. You shouldn't need a normal start time to not play like complete ass but apparently, the Celts do. You would think given how they've been playing that the players would be foaming at the mouth to right the ship and in reality it's been the exact opposite. There is no energy, no effort, lazy play on both ends. At no point in this game did we see any Celtic match the energy of the Wizards. They were getting dominated by Mo fucking Wagner.

The hottest debate among Celtics Twitter is whose fault that is. Lot of people want to get on Brad for "not motivating" his players. I'm sorry, but what are we even talking about here. There are a million things to get on Brad about, but these are not 10 year olds. You're telling me veteran players can't play well unless their coach pumps them up? Everyone wants to talk about "holding people accountable" well why let the players off the hook like that? What part of this is on Brad?

These are grown ass men. Players who have been in the league long enough to know how shit works. So when this team plays well (HA!) Brad did a good job of motivating them but when they suck dick he's not motivating them? It's all so confusing.

The point is, until this team stops acting like entitled assholes that think they can just show up against the bad teams in this league and win, nothing will change. Doesn't matter if Brad screams at the top of his lungs. How can you look at the effort of Jayson Tatum in this game and think that's not solely on his shoulders? If he is truly the star that we believe him to be, there is no excuse for what we saw from him tonight. Period. End of discussion.

- Stop me if you've heard this before but the Celtics once again could not defend without fouling. It truly is remarkable. Is this an issue with other teams in the league? It can't be at the same level we're watching. The numbers are astounding

Not only can the Celts not stop getting into the bonus with 8 minutes left, but then once they are in the bonus they can't stop committing terrible off ball fouls. I'm looking at you Grant. I'm starting to think maybe he just doesn't know the rules. I can't imagine how that's possible but every goddamn game we're seeing him commit terrible fouls in the bonus that he has no business making. So you know what? I'll fucking explain it to him.

Grant, my guy. When you are in the bonus (this means more than 4 team fouls in a quarter), whenever you commit a foul it results in FTs for the other team. The idea is to not commit fouls in the bonus, especially when you are attempting to make a comeback. You see, they kill your momentum. Good? Good.

- OK, here comes something that I would classify as beyond pathetic

What do I want to talk about specifically? How about the part where only two Celtics other than Jaylen and Kemba made more than 1 FGM. The other two made 3 and 2 so big fucking deal. How is that even possible? Nobody lucked into a broken play layup or something? I don't care who you are playing, this shit isn't beating any team in the NBA. We know this because the Celts just lost to one of the worst teams record wise the league has.

I'll remind you, the Wizards have the 29th ranked defense. There are 30 teams in the NBA. This is why I don't get the people who put this all on Brad. The players have to actually show the fuck up and make more than 1 FGM.

- Add in the fact that this team went 18-30 from the FT line, the final shooting splits are even worse than you thought. 36/25/60% with 17 TOs is so fucking bad I don't even know how to explain it or spin it. A 14/17 assist to turnover ratio is something I didn't even know was possible. Where was the team that had great ball movement and 30 assists against the Raptors? Are we sure this is even the same team?

I feel confident in saying that was the exception and most certainly NOT the rule.

- Part of the reason for this offensive disaster? This is where I put it on Brad. Big time issue that has not shown any signs of changing. There's no offense with this team. A whole lot of standing around and watching the Jays and praying they don't miss. There's no ball movement, no off ball cutting, no offensive sets. This is where I need Brad to be a billion times better, especially while his team is clearly struggling. Where are the set plays to help guys snap out of their funk?

You want to know what's going to happen? The Jays are going to wear down. We're seeing it unfold in real time. This is a team that during the Brad era has historically always been a top 5 offense. After today the Celts are 17th and I wouldn't even say they've been that good. Missing Marcus might explain some of it but maybe like 10% in my opinion. There is no strategy or approach that helps this team snap out of it. That has to change IMMEDIATELY.

- Second game in a row and I'd say about the 20th time this season we've seen the Celts blow a game with a piss poor third quarter that once again came down to effort. After a terrible first half, where is the energy? Where is the passion on the defensive end to get stops and turn things around? Instead, we saw this team give up 34 points, turn it over 8 times and shoot 36% from the floor. To say that is inexcusable I think is a given.

- Nobody is denying that for the most part, Jayson Tatum has been great this season. You know what hasn't been great? His last 5 games. As this team's best player, there is no excuse for this

We can't sit here and pretend like he hasn't been complete ass on both ends during this stretch. You can't be a top 10 player anddo this. Call it unfair if you want, but this team needs Tatum to show up every single night. He's down bad right now and the results speak for themselves.

Your best player usually sets the tone, and no part of Tatum's performance today was acceptable as a leader of this team. Your shot isn't falling? Ball the fuck out on defense. Help spark runs. Don't jog back in transition as the game is slipping away because you missed a layup. Only 1 FTA? Where is the aggressive approach to maybe snap you out of your funk.

- Since that blown game against the Spurs that snapped their 5 game winning streak this team has been arguably the worst team in the league. They aren't punching back in these games, and that's the true problem. They have that "woe is me" feel to them that plagued the cursed 2018-19 team. The second things go south, they turtle. They go back into their bad habits and things balloon. Right now teams know they can punk the Celts and it shows. You think the Pistons were afraid of this team? Did the Wizards look like they had any concerns? No. Because this team is playing soft. Until that changes, results like what we watched today will become the norm.

Right now, this Celtics team looks like a team destined for the high lottery. That's not even hyperbole, that's how bad they're playing right now. Fortunately, there is a long way to go. Ainge pretty much has to make a move to add at the deadline, the problem is that's still 5 weeks away. Can they right the ship? Of course, there is a lot of basketball to be played and frankly it can't get much worse.

Will they? Not by playing like what we've seen these last 15 games. It's barely watchable. The question is which team will they ultimately be. So far, you probably won't like the answer.