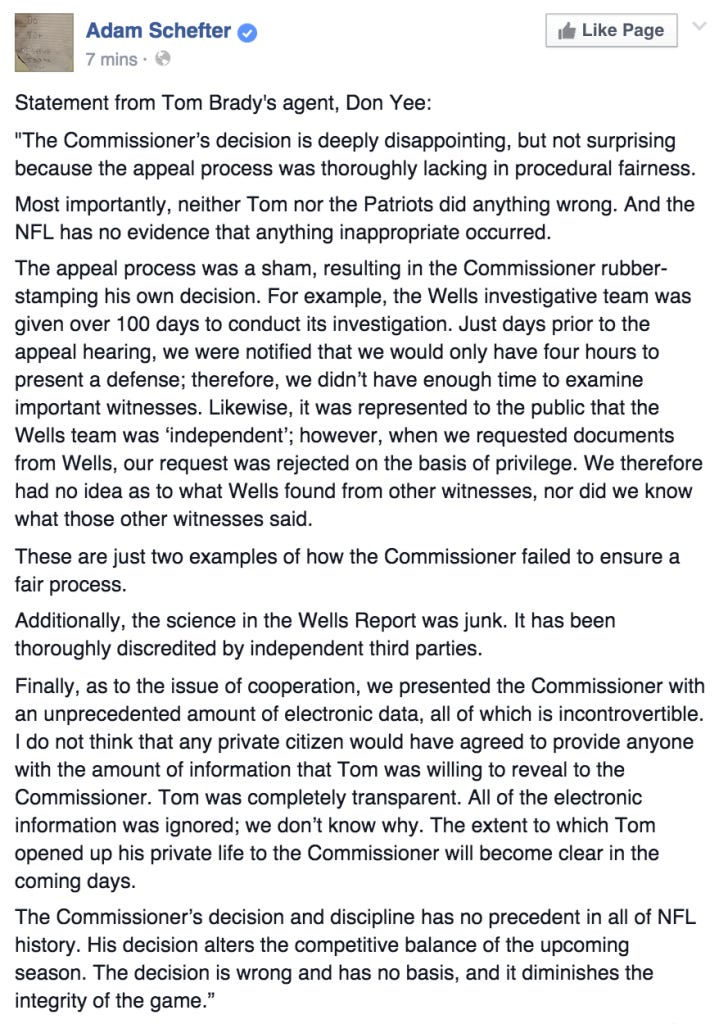 That’s how you come out strong! Tom Brady isn’t take this lying down. Don Yee isn’t taking this lying down, and neither is Jeff Kessler. They’ve known this thing was a sham since day one so while you’ve been dragging your feet, they’ve been preparing for war. Now it’s time to mount up. Tom affected the integrity of the game? NO YOU AFFECTED THE INTEGRITY OF THE GAME! YOU ARE ALTERING THE COMPETITIVE BALANCE OF THE NFL UNIVERSE! YOUR SCIENCE IS JUNK! YOU DON’T KNOW WHAT “INDEPENDENT” MEANS!

And I feel like this is a little important in regards to the “destroyed” cell phone. You know how everyone’s been saying for months that “the NFL just wants his texts with Jastremski and McNally! They’re not going to leak private stuff! IF he was innocent he’d turn it over!” Guess what, fellas? You wanted it, you got it. Brady did turn over all his texts with them. He turned over all his call logs with them too. So the only shit that got “destroyed” are Gisele nudes and sexts (I don’t buy into that Tom Brady cheats stuff Pres keeps spewing, that would devastate me more than my own parents. Tom’s a family man. Sure, he used to run around as a young buck but he’s Mr. Monogamy now.) 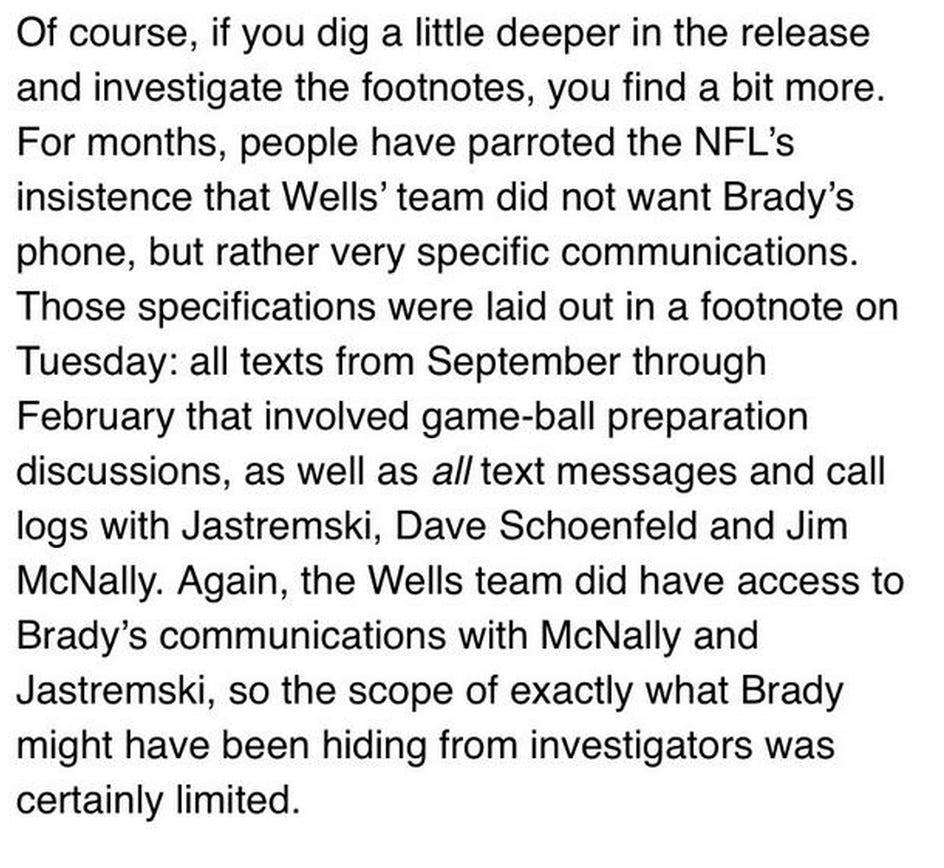